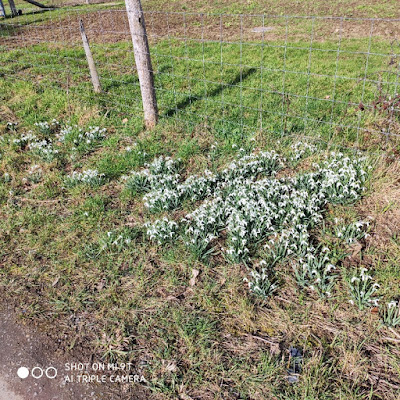 Looking back over the years, and in particular over the past couple, I’ve managed to clock up a minimum of 10 posts each month on the blog. There are times when I only just made it into double figures, but then are others where I hit the dizzy heights of 14 posts – few and far between, but still 14, one-four!

February 2021 though, will only see 8 posts, even with the addition of this one, but as we approach the end of the second month of the third National Lockdown, the cause of this fall off in creative output, isn’t exactly hard to guess.

With no pub or brewery visits to report on, no days out to describe, and no holidays or trips away to enthuse about, there hasn’t been much in the way of beer or travelling for me to write about. Veteran blogger, the Pub Curmudgeon, has concentrated on the existential threat that continued lock-down poses to the nation’s pubs, along with the concern that the licensed trade is being treated as a “perpetual whipping boy” – a subject I have touched on myself. 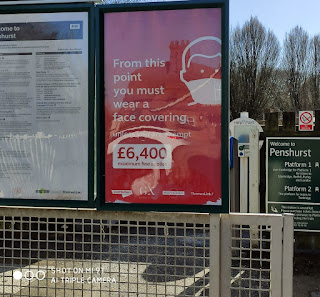 On the other hand, prolific blogger, Retired Martin, has kept us entertained with “Guess the Pub” competitions, alternating between posts describing has walks around Sheffield; the city he has recently moved to. These have alternated with descriptions of walks around his new place of residence, characterised by closed pubs and photos of urban decay.

Martin might not thank me for saying it, but there are only so many pictures of derelict workshops, boarded up commercial premises and faded graffiti that those of us who crave good-looking, pleasing and attractive vistas, can stomach. So, with no wish to sink any deeper into the all-encompassing gloom, what is there for a beer blogger to write about? 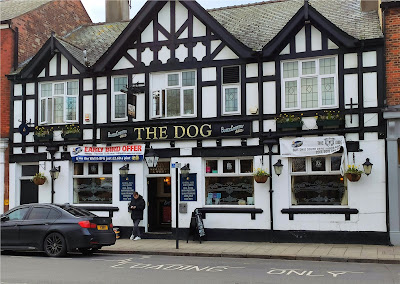 There are still subjects I can entertain readers with, and despite the feelings of boredom and can’t be bothered, that seem to be the salient features of what is definitely the worst and most difficult to endure of the lock-downs to date, I still have a few aces up my sleeve.

One or two might be revealed next week, when we move into March and herald the arrival of spring, but It’s a sobering thought that we’re just six days away from the anniversary of the “Proper Day Out” that I enjoyed in Burton-on-Trent, in the company of half dozen or so, like-minded beer and pub enthusiasts. 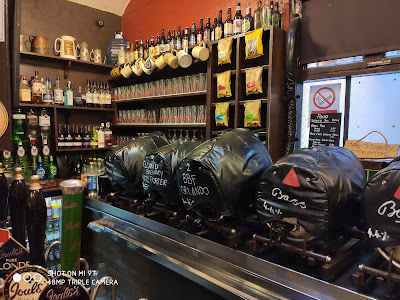 Despite an excellent day spent sampling some of Burton’s finest pubs and their beers, there was an underlying feeling, prevalent amongst us, that it might be some time before we could enjoy another such trip. Even so, I don’t think any of us envisaged pubs would be closed for as long as they have, or that severe restrictions, affecting the movement of all UK citizens, would still be in place, a year later.

Watch this space then, but I promise no photos of burnt out buildings, boarded up pubs or graffiti, masquerading as art!

Yes, it's coming up to a year since that memorable day. I remember writing at the time that it didn't look like we would be doing anything similar for a long while, but I never imagined it would be fifteen months or more.

Since then I haven't been on a train at all, and apart from two wanders around central Stockport in July and August haven't done anything remotely resembling a pub trip.

Looks like I'll have the market for pics of boarded up buildings and burnt-out pubs to myself then, Paul !

Yes, I was thinking the same as you. How am I going to get through the next six weeks ? I really need to blog, it makes me think, research, write, laugh. I'm sure your blog gives you similar enjoyment.

But I'm not one to over-dwell on the past and there's only so many "My favourite pub/county/beer" type posts we can stand. And the daily grind is just that.

I well remember your words Mudge, and thought at the time you were being overly pessimistic. How wrong could I be?

I’ve been on several train journeys over the summer and early autumn, in order to travel to various start and/or end points, as part of my objective of walking the North Downs Way. Nothing in that respect since October, though.

I also enjoyed one evening away as part of that exercise, plus another overnight stop in King’s Lynn, when I was able to see my father, albeit through a window, for the final time before he passed away.

There was then the drive up to Norfolk and back, at the beginning of last month, for the funeral. Some hotels were open, but the restaurants weren’t.

Whilst on that subject, we had an on-site, re-certification audit at work last week. The auditor was booked into the nearest Premier Inn, but with the attached Beefeater Inn well and truly closed, she had to walk along to the nearby petrol station, in order to get something to eat for the evening. No breakfast available either.

Is this what we have become as a nation?

Almost feel sorry for the auditor !

No fun, hotel without food. Any decent beer there ?

There was no beer at the hotel Martin, as there is no bar. Most, but not all Premier Inns, rely on being paired with an eatery, to keep their guest suitably fed and watered. Their Tonbridge North outlet, falls into this category, with the adjacent Hilden Manor Beefeater, acting as its restaurant during normal times. Mrs RM, will probably know it.

Because of this our unfortunate auditor was forced to go thirsty, but not hungry, given the proximity of the M&S Local, attached to the BP garage, just down the road. She told us she'd almost become accustomed to it, having done a far bit of traveling throughout lock-down. I can't say it would appeal to me though!

Returning to your first comment Martin, I’m happy to sign over all rights to photos of boarded up pubs and burnt-out buildings – I’ve probably quite a few in the extensive library of photos I’ve built up over the years!

It’s not the pictures themselves that I find depressing, even though urban decay is a sad indictment on society in general, it’s the stories behind these empty shells, and the heartache that often accompanies them. Dreams shattered, aspirations left in tatters and plans for the future ruined.

I know from experience how hard it is running a small business, and how easily things can come crashing down. When this does occur, the trail of misery, debt and broken promises left in the wake of a business failure, can often be devastating.

Fortunately, it didn’t happen in our case, although we came close one year, when we ran into serious post-Christmas, cash-flow problems. All it takes is one bad debtor, and the whole thing can come crashing down around one’s ears.

That year, we’d foolishly we’d taken on the supply of a large number of “Christmas Boxes” to a nearby builder’s merchant. Boozy “Gifts” for them to hand out to their customers. This arrangement had worked well in previous years, when the company was a small, family-owned concern, but after it was acquired by a large national player, things suddenly changed, and payment terms switched from 30 to 90 days.

I won’t go into the whole story, apart from saying a word in the right ear sorted the problem, but it was certainly a worrying time. I’ve therefore every sympathy for anyone running their own business, especially where it involves bricks and mortar, and find it rather sad seeing these reminders of people’s broken dreams.

On a more positive note, I will of course keep going, as I’m sure you will too. The past eight weeks seem to have flown by, despite the lack of variety and absence of things to look forward to, so the six weeks until the beer gardens open, should pass quite quickly as well.

The recent, dry and sunny weather has been good for getting outdoors, and with a large garden to tend, there’s plenty to do to get things back into shape again. I may even convert our somewhat run-down summer house, into my very own micro-pub!

I was meaning decent beer in the Beefeater, Paul !

I've had a couple of breakfasts at the Hilden Manor, when we were allowed to do such things, but I'd be hard pushed to remember the last time I had a drink/evening meal there.

The last time I ate at a Beefeater, was January 2020. I was with a work colleague, on a business trip to Dundee. The beer offering was poor - not surprisng in Scotland, and the food was typical, big-chain fayre.

Coincidentally, that was also the last time I flew anywhere.