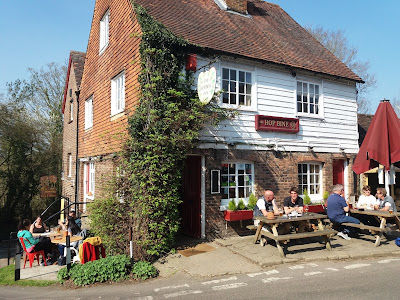 As rates of infection for Coronavirus continue to fall and the roll out of the two Covid-19 vaccines gathers increasing pace, there’s been considerable and somewhat predictable speculation as to when the current lockdown restrictions will ease, and some semblance of normality returns to our lives.

Not least amongst all this second-guessing is the vexed question of when will the nation’s pubs finally be allowed to open their doors again and go about their lawful business? Reports circulating a few weeks ago suggested that pubs could potentially reopen as early as April but would not be able to serve alcohol. 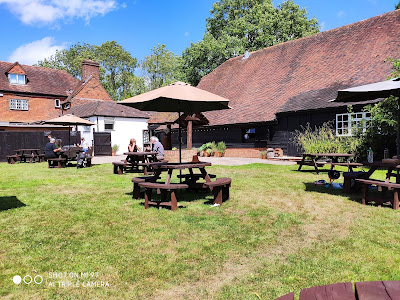 This not only defeats the object of a pub, but also shows a total lack of understanding of what pubs are all about. The person behind this frankly ludicrous suggestion was rumoured to be Chris Whitty, the government’s Chief medical Officer, whose obsessive fears about spreading the virus appear to have clouded his judgement. His argument is that because alcohol lowers inhibitions and makes social distancing more difficult, a "no- booze approach" is the safest option.

Prof Whitty is reported to be single, a teetotaler who admits to no outside interests, so he’s not exactly the pub goer’s champion. He conveniently ignores the fact that when pubs were finally allowed to open their doors, for a few glorious months last summer, the vast majority of pub-goers behaved sensibly and responsibly. 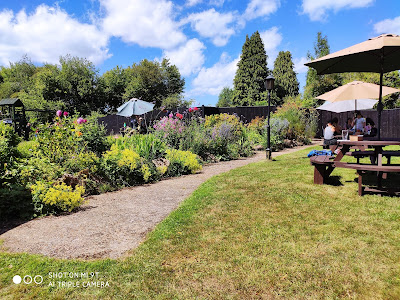 Fortunately, the government seem to have shelved this daft idea, which attracted universal criticism from licensees, trade bodies and pub goers alike. The other good news is there will be no daft 10 o’clock curfew, and no more absurd nonsense regarding a “substantial meal”– the so-called “Scotch Egg rule.”

Reading between the lines, it seems as though drinkers will be encouraged to make full use of outdoor drinking spaces, such as pub gardens and patio areas, but this suggestion has opened another set of problems.

The most recent news suggests that pubs will be permitted to reopen from April, but only with customers seated outside. These tentative plans to allow beer garden service only, have attracted fierce criticism from the British Beer and Pub Association (BBPA) - the industry trade body that represents the pub sector. 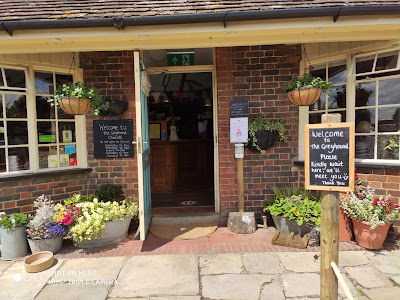 BBPA advise that 29,000 pubs, about 60% of the nations’ total, do not have a big enough garden or other outdoor area to welcome drinkers without also needing to open the indoor areas as well. This equates to that more than half of the UK’s pubs not reopening whilst the rest would be at the mercy of the weather.

BBPA chief executive Emma McClarkin said, “Even if some pubs did try to open outdoors only in April, all it would take is some heavy rain and they would find it has all been for nothing. For many pubs, gardens are at the back and the only way to access them is through the inside. And of course, toilet facilities would still need to be provided.” She finished by saying, “We question the government’s thinking behind this and suggest they consult with us as a sector on it.” 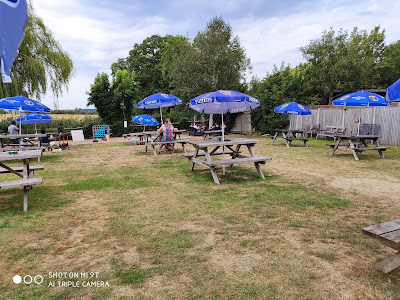 That last suggestion is far to sensible for a government packed full of fools and sycophantic “yes men” to listen to, let alone take notice of. The obsessive, nannying, pseudo-scientists advising them, are also unlikely to listen, with their namby-pamby, “play it safe" approach. But as the author Hugh Walpole wrote, “Don’t play for safety. It’s the most dangerous thing in the world.”

The BBPA is pushing for pubs to be able to serve customers indoors as soon as non-essential shops are allowed to reopen. It said about 75% of pubs have some outdoor space but only 40% could open it if restrictions on indoor movement persist. Most of those that could open would not break even due to the logistical challenges and unpredictable April weather. Restricting indoor service would mean just 17% of UK pub capacity would be available, resulting in £1.5bn of lost turnover compared with normal times. 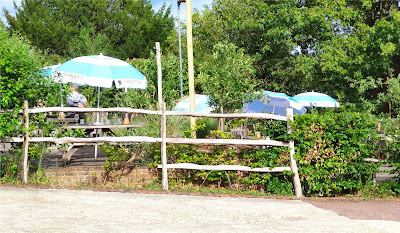 Their spokesperson said, “We urge the government to open our pubs inside – and outside – when non-essential retail also opens. By then, the vaccine will have been rolled out to millions more, and pubs can open while continuing to follow exemplary hygiene measures, world-leading standards in guidance and social distancing."

“Until then, the government must do all it can to support our sector, until it opens to trade properly, in the upcoming budget.”  Hear hear!

From a personal point of view, whilst fully endorsing the BBPA suggestions, if pubs are forced down the outdoor drinking route, I will definitely support them with my custom, as long as this "half-way house" idea is just a temporary step along the road to full opening, with proper, stand-up, vertical drinking.

A significant part of the population has become excessively risk averse and will in all probability be panicked if there is a rise in infections which will be blamed on the perceived premature re opening of the hospitality industry. The panic is fuelled by media commentators and could result in a further closure. In the circumstances it may be sensible to wait for another 6 weeks or so to enable the inoculation programme to progress.

I thoroughly agree John, and for that reason I have changed the rather hastily chosen title of this post, to some thing a little nearer the truth, and a lot more relevant.

The constant speculation hasn't helped, alternating between raising false hope and creating alarm. And, in reality, all of this is prompted by "government sources" - the media aren't just making it up.

What the pub trade really needs is certainty so they can plan ahead, even if it does involve opening a bit later.

There is much speculation that the leaks are not just deliberate, nut designed to test out public opinion.

I agree, that certainty is what the pub trade needs, and the same applies to restaurants, plus the tourism and travel sectors.

If the re-opening of pubs, shops and sport (aka "life") is as rumoured tied to a target level of daily cases (e.g. a rate below 10 per 100,000 population would equate to less than 1,000 a day) then we're not back at pubs anytime soon.

Case reduction has stalled above 10,000 a day and re-opening schools (fully) will see at least some spike in cases among unvaccinated parents into April, as it did in September.

Cases yesterday were 20% down on the previous week, so hardly stalling. But if this goes on much longer without a clear way forward something's going to snap.

If I was in charge, I'd proceed cautiously with the re-opening of schools, with phased return the far better option. Cases amongst the 12-24 year old age group (secondary school to university/college), are still reported as being high.

I can't find the link atm, but anecdotal evidence from colleagues with offspring of that age, plus what I have noticed from my admittedly rare excursions into Tonbridge and Sevenoaks, suggest that, as before, this group is paying little heed to requirements on social distancing and mask wearing.

It would be tragic, if by re-opening schools, due to political and social pressures, this group group becomes responsible for an increase in cases and sets back the timetable (assuming here is one), for the sectors you refer to as "life" Martin, to re-open as well.

Evidence from Israel, does show the effectiveness of a concerted vaccination programme, and despite their many faults, the UK government's achievements in this respect, have been pretty amazing.

Once immunity starts to really build up in the population, then a phased re-opening of society in general should certainly go ahead, although I do agree with you Mudge, that a clear way forward is needed, rather than the fudging, and conflicting press leaks we're presented with at the moment.