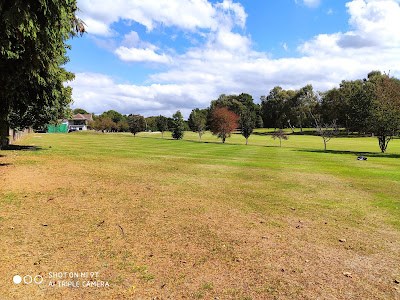 A fortnight ago now – August Bank Holiday Monday to be precise, I joined up with four friends from our WhatsApp Weekend Walking Group, for a cross-country walk to two pubs, situated to the south of Tunbridge Wells. This was my first time out with the group since a ramble to the now, sadly closed, Rising Sun, at Cotman’s Ash, which took place at the end of January.

How things have changed since then, but with the nation’s pubs now re-opened, albeit under certain restrictions, and passengers actively encouraged to use public transport once more, our walk began with a 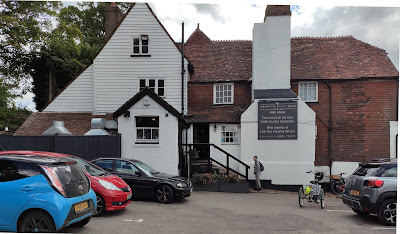 short train trip over to Tunbridge Wells, where we met up with the fifth member of our party.

The first pub on our list was the Abergavenny Arms at Frant, where a pre-booked table awaited our presence for lunch. Our route took us up from the station, skirting the rather upmarket “village area” of the town, before heading through Camden Park and into the area of the town known as Hawkenbury. 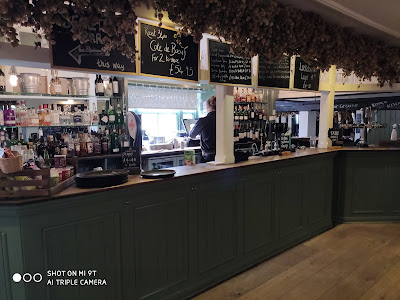 We then skirted a new, and rather controversial housing development, which will include a new school, whilst adding nothing in the way of badly needed, affordable housing. After passing the periphery of the Nevill Golf Club, we were in open countryside, before reaching an area of dense, mixed woodland.

A steep climb up through the trees then followed, before eventually finding ourselves in the grounds of the Church of St Alban, Frant. A walk along Church Lane brought us to the main A267, Tunbridge Wells – Eastbourne Road, and our lunch stop destination, the Abergavenny. According to my Smart Watch, we had covered a distance of 5 miles, but this figure was disputed by the person in charge of the walk. 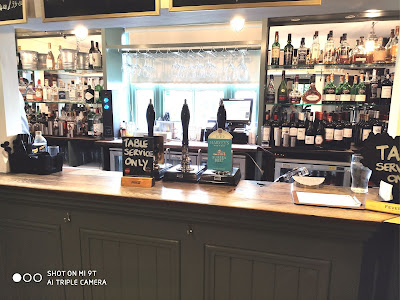 No matter – it felt like 5 miles, and keen walkers should note that this part of the walk, and the second section to Eridge Green, in the main followed the route of the Tunbridge Wells Circular Walk, a 27 mile route that takes in some of the best and most scenic countryside, around the Spa town.

The Abergavenny Arms is a former coaching inn, parts of which date back to the 15th Century. Whilst it is unashamedly a diners’ pub, it does cater for drinkers in the area around the bar. The layout had changed since my visit two years previously, in order 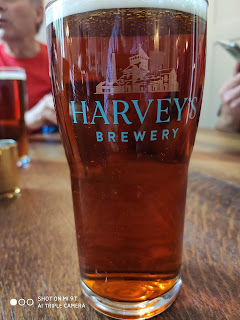 to make the pub more Covid-compliant.  In common with most other pubs, congregating in front of the bar was not allowed, and to reinforce this the tables and chairs in this area have been removed.

We all had our temperatures taken before entering the pub; a pointless exercise as after being told I was allowed in, I asked what the actual reading was (no-contact, infra-red beam pointed at my forehead).  Without even a trace of irony, the greeter replied 34.5° C. “That’s good,” I said, suppressing a wry smile, because if that was my body temperature, I would have been suffering from hypothermia!

After the obligatory dollop of hand-sanitiser, we were shown to our table next to the window, and suitably distanced from others nearby. We were handed a pre-printed menu, plus a pencil, so we could write our group choices on.  The former wide range of cask beers had been reduced to just one; Harvey’s Sussex Best, which was fine for me, but not quite as popular with one or two other members of our party. 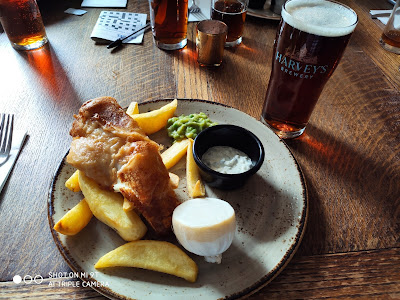 Looking around though, most of the other diners were either drinking wine of keg Peroni so, as I pointed out, the pub was doing the right thing by cutting back on the cask range.  As with the beer, the food range had also been reduced; a sensible move under the current circumstances.

Despite some of the more exotic items on offer, I plumped for good old battered cod and chips – rather pricey at £16, but a snip once the Chancellor’s 50% discount was applied. The meal was good, wholesome and tasty, and went well with an immaculately presented pint of Harvey’s, which was so good that I ended up joining my companions by ordering a second. 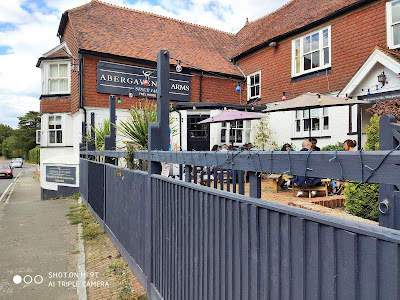 The pub was as full as it could be under the current restrictions, with the numbers being swelled by other groups sitting outside. The whole thing was well-organised and well thought out, so full marks to the team at the Abergavenny.

We’ll take a break here, but there’s another, slightly shorter, but no less interesting walk to follow, along with a different, but equally good pub. Furthermore it was a pub I hadn’t been to for the best part of 25 years!