Whitstable - bringing it all back home 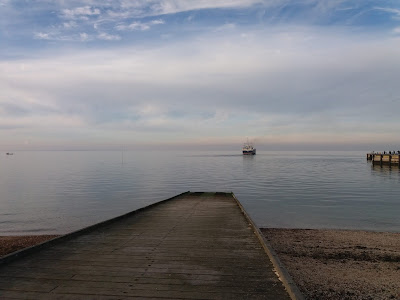 This post follows on from a thread which developed on Retired Martin’s blog. It concerned breweries that, whilst named after certain towns or villages, are not actually situated in that location.

The example that came up was Whitstable Brewery, which was mentioned as being in Maidstone. In the discussion that followed, I responded that the company’s production site is at Grafty Green, a tiny hamlet to the south of Lenham, which puts the brewery as roughly halfway between Maidstone and Ashford. In other words, it is still nowhere near Whitstable. 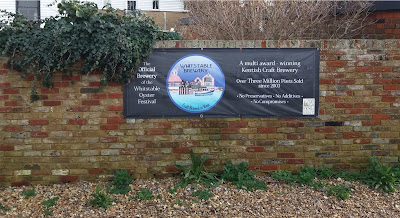 The Whitstable name relates to the brewery being owned by the renowned Whitstable Oyster Company (WOC), who have a history stretching back to the 15th Century.  The company had a long and rich history of farming the famous Royal Whitstable Native Oysters, but by the late 1970’s had hit hard times. Oysters had fallen out of fashion, and years of over-harvesting had laid the famous oyster beds practically bare. 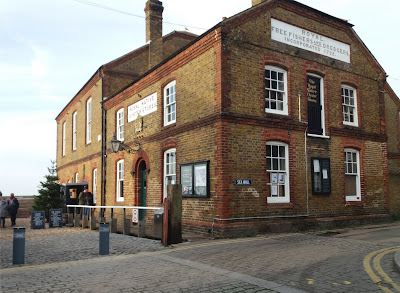 The company was rescued by two partners, who invested heavily in both the business, and the oyster beds, by introducing sustainable methods of production. The old oyster stores on Whitstable seafront, were turned into a fish restaurant which is now regarded as one of the finest seafood eateries in the country.

Buying its own brewery was the obvious next step for the company, so when the equipment of the defunct Swale Brewery came up for sale, along with their site at Grafty Green, the WOC stepped in, and the Whitstable Brewery was born. The company brew some extremely good beers, including several different bitters and a range of lagers. East India Pale Ale ranks as my favourite of their cask beers, whilst Whitstable Pilsner and Oyster Stout tick the right boxes, as far as their keg range is concerned.

As mentioned at the beginning of this post, a brewery with "Whitstable" in its name that is situated 25 miles away from that famous seaside town, was always going to sound a little incongruous, so it came as no surprise to learn that the WOC are planning to relocate the brewery to somewhere much closer to home. 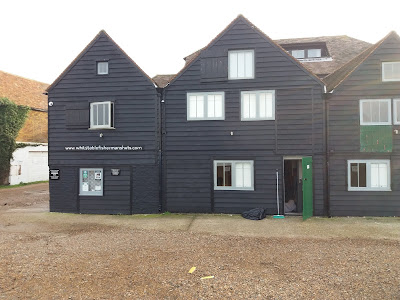 They have chosen a site in Herne Bay, just along the coast from Whitstable, and in the shadow of the famous Reculver Towers. Plans show the new brewery will have 11 fermenting tanks, plus a bottling and canning plant. A bar area will also be built at the site, giving visitors the chance to sample freshly brewed beers and take part in tours.

The application is subject to planning permission, and was submitted pre-lock down, so whether Coronavirus will impact on these plans is anyone’s guess, but the move to the north Kent coast is a logical one for the company and makes sound economic sense. 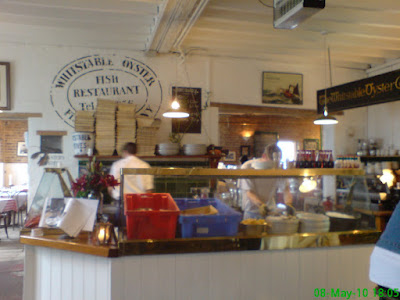 Around 10 years ago I visited the Royal Native Oyster Stores, whilst in Whitstable for a CAMRA regional meeting. Several years prior to that, some friends and I called in at the East Quay Venue, which acted then as the Whitstable Brewery tap.

Located directly at the end of the east quay in Whitstable harbour, and situated practically on the beach itself, this bright and airy establishment occupies one of Whitstable’s oldest buildings.  A beer festival, showcasing the best of Whitstable Brewery’s beers, was in full swing, at the time of our visit, allowing us to enjoy a selection of the company’s excellent ales. Regrettably, I am unable to find any photos from that visit, but the ones shown are from 2010, and from December 2018, when the Bailey family spent an afternoon in Whitstable and enjoyed fish finger sandwiches on the beach.

Whitstable is now rather upmarket and is totally different from the town I knew whilst growing up in East Kent. It has become second home territory for an increasing number of affluent Londoners, with the inevitable rise in property prices. 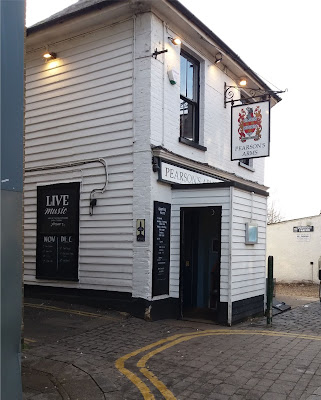 Ten years ago, I wrote, Whitstable isn't quite Southwold (yet), but it's fast becoming so. I'm certain this is good for local businesses and, hopefully, local people, but when such "gentrification" takes place then I can't help feeling that much of the local character and individuality (the very things that attracted the newcomers in the first place), disappears.
By moving brewing operations to the town,  Whitstable Brewery were obviously planning to cash in on this boom, and once lock-down ends, I feel certain that, given their record to date, they will succeed in this aim.
Posted by Paul Bailey at 23:50

Whitstable Brewery seem to have successfully aimed for the upmarket market for keg created by Adnams and Meantime.

Thanks, Martin. As I said in the post Whitstable is a nice, genteel seaside retreat for the well-heeled, but it's not the workaday town I remember from childhood.

The brewery has definitely aimed for the same affluent audience. I noticed bottles of their Pilsner on sale in Waitrose, earlier today.

Yes, that was a fine read again, Paul.

We've had several happy, pub-centred winter breaks, and the odd summer one too in Whitstable.

We could get too used to it, maybe.

For flatbed towing any one can contact Towing Elite as we are the leading service providers in various locations. Our service area include Portland, Vancouver, Gresham and others. Call us to get 24X7 auto recovery services.
Towing Services near Mt St Helens
Cargo Transport in Portland
Towing Services in Gresham
Towing Company in Beaverton
Tow Truck Company in Clackamas
Towing Company near Cougar