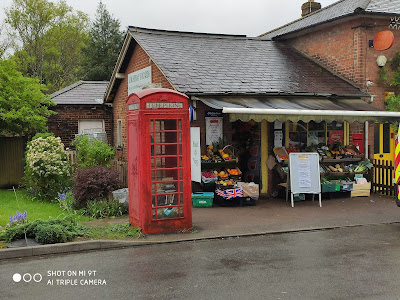 I was watching Countryfile the other weekend, and one news story particularly caught my attention. It concerned that stalwart of rural life, but it wasn’t the local pub, or even the church, instead the feature was about the village shop. Apparently, the local store is experiencing something of a renaissance during the state-enforced self-incarceration we’re currently enduring.

So rather than spend ages queuing up outside a supermarket, and then attempting to dodge all the ditherers and those who don’t understand the concept of social distancing, people who live in rural areas are instead flocking to the village shop, in their droves. 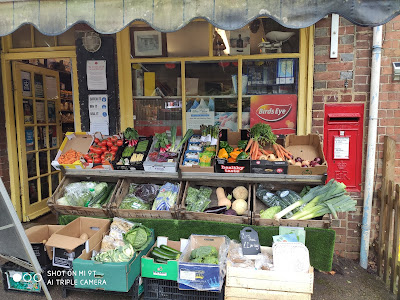 The programme devoted quite a lengthy feature to praising the virtues of the local farm shop, and the benefits this brings in terms of local employment and helping farmers and growers to sell their produce.  It rightly claimed that local shops offer a more sustainable way forward, in terms of reduced food miles and carbon footprint, whilst at the same time helping to boost the rural economy.

I have seen evidence of this in the village where my company is based. The local shop, which is also a sub-post-office, has provided a first-class service throughout the past six weeks of lock-down, offering a lifeline to the local community. From my company’s point of view, it also provides milk for our staff tearoom, as well as filled rolls or snacks for those fancying something different for lunch. 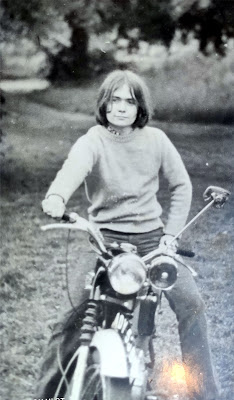 I spent my teenage years in a small village, a few miles outside Ashford, having moved there with my parents at the age of 14. There were two shops in the village when we first arrived, but by the time I had left home and completed my stint at university, both had closed. One shop was primarily the village post office and food store, whilst the other was more of a general store, offering hardware and other goods, alongside food. It was also a newsagent, offering newspapers and magazines, either for collection or home delivery.

For several years prior to leaving home, I worked as a paperboy for the latter enterprise, getting up at the crack of dawn and going out in all weathers to deliver papers. We had to make up our own rounds, which was a little daunting to begin with but, as with all things, fine once you got the hang of it. During the winter months it was dark when I started my round, most of which was accomplished by bicycle, given the spread-out nature of the village. My bike was specially adapted, having been fitted with wide “cow-horn" handlebars, which formed an ideal place in which to lay my sack full of newspapers.

The shop didn’t offer Sunday newspapers, which meant a well-deserved lie-in. It was also a welcome relief to us paperboys, (there were three of us covering what was a widely spread out village), given the bulkiness of papers such as the Sunday Times, Observer and Sunday Telegraph and their accompanying supplements. 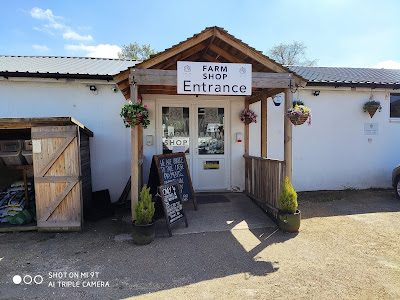 We didn’t escape scot-free as there were local newspapers to deliver on a Friday. It was often necessary to split the delivery of these cumbersome bundles of newsprint; especially when shoving them through those narrow, vertical letterboxes, that seemed all the rage in the early 1970’s. These poor excuses for a proper letterbox became a real pet hate of mine, during my time as a paperboy.

I digress, but I look back on those days with fondness, despite the often-harsh weather conditions us lads worked under. I am also grateful to my father for not only ensuring I dragged my sorry carcass out of bed in the morning, but for cooking me a breakfast – normally French toast, before I set off on my round. 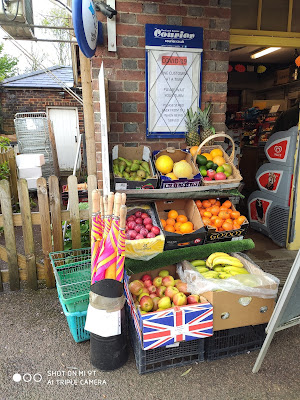 Back to local shops, and living on the edge of a town, means we have access to several enterprising farm shops which have also come into their own during this pandemic. Matthew and I visited one close to Hadlow the other weekend. It is owned by the nearby Hadlow College; one of a handful of agricultural colleges, and a significant local employer.

Because of so-called social distancing, we had to queue to get in as, like most retail outlets, the shop operates a one out, one out policy. This did leave me feeling somewhat rushed, and meant I probably missed quite a bit of what the shop had to offer.  I was pleased to pick up a bag of flour for Mrs PBT’s, a couple of bottles of beer from Canterbury Ales (not exactly that local), plus a rather nice loaf of bread from produced by local artisan bakers, Plaxtol Bakery.

It was only when I got home and realised it was priced at just under £2 that I thought wow; but it was worth every penny, such was its texture and taste. Sometimes it really is worth paying that bit extra in order to receive a first-class product. 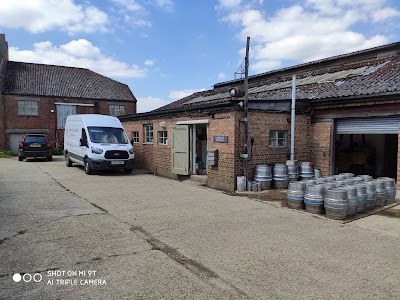 So, will this trend of shopping local continue once this crisis is over? I’d like to think that it will, but we shall have to wait and see. However, if you’ve got the time – as those who are not working or self-isolating have at the moment, then it really is worth the extra effort, to support businesses that are at the heart of the local community.

Finally, as beer is one of the main focuses of this blog, it should go without saying we should also be supporting the valiant efforts of local breweries and pubs that are offering take-outs or even home-delivery. Having been forced to close by government edict, the survival of many of these businesses is at stake. 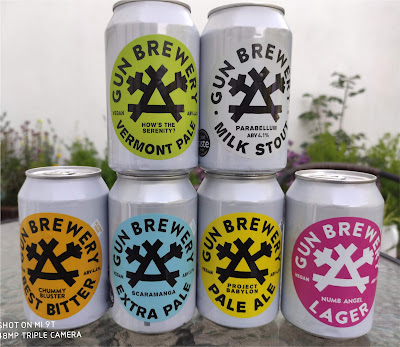 The more enterprising of them have diversified into supplying beer, and sometimes food, so that customers can at least enjoy a decent beer in the comfort of their own homes and gardens. Supporting these enterprises will help secure their future, post Covid-19, and will go a long way towards ensuring our treasured pubs will be there to welcome customers, once some semblance of normality returns.
Posted by Paul Bailey at 20:22

It's not just village shops - here in East London the large Tesco not far from my house attracts long queues but the corner shop nearby does not and is much quicker to use. They are keeping stocks up and can be cheaper sometimes.

That's good to hear Ian, especially if it beats having to queue.

You look like James Taylor in his early 70s heyday on that scooter !

Agree on local shops, I haven't been in the big Tescos with queues outside since lockdown, using bakers, village shop and small Co-ops with no queues.

My sister was a massive James Taylor fan Martin, but any passing resemblance back then is purely coincidental.

Sweet baby James lost most of his hair, decades ago, but fortunately I've kept mine. Mind you, if I don't get a haircut soon, that JT look could make a second appearance!

Yesterday, I made my first foray into a large supermarket since lock-down, along with Mrs PBT's. Fortunately Tonbridge Waitrose was quiet - it was mid-afternoon, so after picking up a few essential supplies (discounted cans of Pilsner Urquell), I left Eileen to the bulk of the shopping and hung around outside, at a suitable 2 metres distance from others.

A friend, who I hadn't seen since way before the current crisis, spotted me as he came out of the store, so we had a chat - again at an acceptable distance, so it was good to catch up.

After that, it was back to the gardening, tidying up the summerhouse and clearing out the shed.