Cameras, photography and me 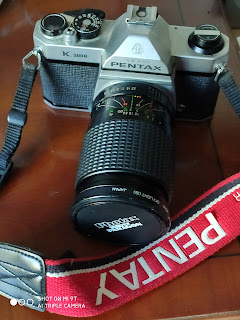 This post came into being on the back of another, but as I continued writing, it became increasingly obvious that the article below was worthy of a place of its own. To elaborate, the piece I was originally writing, concerns an event that took place nearly 40 years ago.

I began by advising readers that I didn’t have any photos to illustrate the post, because four decades ago, people just didn’t take photographs in anything like the numbers, or on the occasions that they do now. What’s more the event in question was a business trip, so taking my camera along and acting like a tourist on holiday, was not particularly appropriate either.

The camera I had back then was a pretty decent one, but not the sort of thing to just slip in your pocket. It was a Pentax 35mm SLR, and whilst it took excellent photos, it had several drawbacks. The main one was its bulk, coming as it did two interchangeable zoom lenses. These might have been great for focussing on and composing that perfect shot, but they made the camera heavy, cumbersome and tiring to be lugging about. 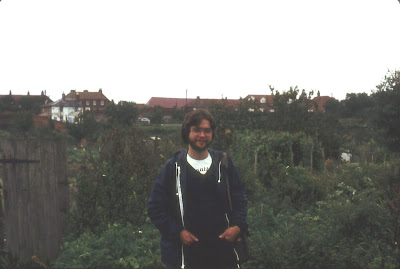 People also seem to forget that apart from Polaroid film, which produced rather poor results anyway, there was no such thing as instant photos. Instead, each fully exposed film would have to be handed over to a shop such as Boots, or an outlet that specialised in film processing, for one’s lovingly created “pics” to be turned into proper photographs.

There were no second chances, which was why professional photographers would often reel off several rolls of film at a time. Professionals could afford this luxury, whereas the cost of such extravagance was the beyond the reach of us lesser mortals. 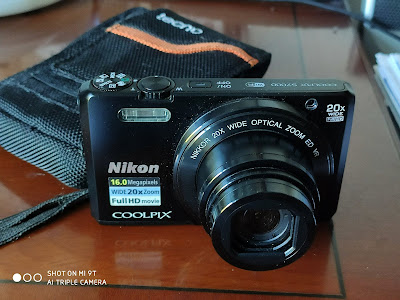 The increase in popularity of compact cameras, still film-based to begin with, but latterly moving into a digital format, revolutionised photography, and brought it to the masses. Suddenly, photography was within the grasp of many more people, and when cameras began to form an integral part of people’s Smart Phones, then everyone became a photographer, as phones accompany their owners everywhere.

These days the numbers of digital images captured daily, must run into hundreds of thousands, if not millions, and with phone cameras becoming more sophisticated, and even idiot-proof, photography is within the reach of most people. 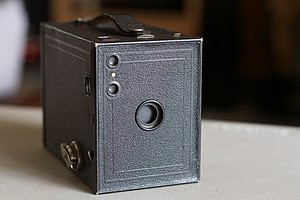 Just pointing and shooting does remove much of the skill, but the act of composing a decent photograph of necessity involves a degree of artistic flair, along with practice, which is much easier with a digital camera.

But let’s look back at some of my earlier cameras, where I have my father to thank for sparking my interest in photography. Dad was a keen photographer when he was younger, and I remember him having quite a posh looking camera. It wasn’t a Leica, but it was still a good model. I believe he acquired it whilst stationed in Germany, on National Service, back in the early 1950’s, and after clearing out my parents bungalow a few years ago, I uncovered a real stash of old photos – some of which date back to dad’s army days. 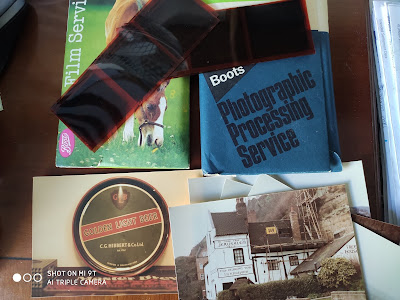 My first camera was a Kodak Box Brownie. It used 127 roll film and with only 12 exposures per reel, one had to be quite economical when it came to shooting photos. Dad’s camera used 126 roll film, but apart from the negatives being larger with the 126 format, I still have no idea what these numbers referred to. Black & white photos were also the order of the day, as colour was prohibitively expensive.

All of dad’s early photos, including ones of my sister and I, were black & white, and most of them were what was known as “contact prints.”  This meant the prints were the same size as the negatives – tiny in the case of 127 film, and not much larger with 126 film. If you wanted enlargements (“blow-ups”), these were more expensive. It was only towards the end of the sixties that colour film started coming into its own, and it was probably around then that my parents bought me a better and lightly more upmarket camera. I’ve been trying to find an image of it online, but I’m fairly confident it was also called a “Brownie.” What I do know is it also took 127 film. 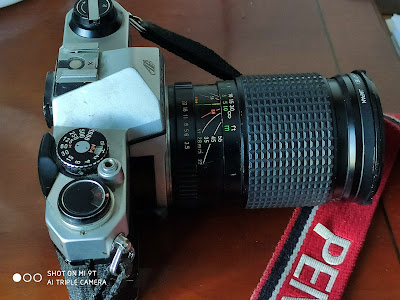 In the early 1980’s, I splashed out on a Pentax K1000 35mm SLR. It was a brilliant camera, capable of a wide range of shutter speeds and aperture settings. I enrolled with an evening class on photography, whilst I lived in Maidstone, where I learned all sorts of useful tips for taking photos, as well as the basics of photography. We were also shown how to develop black & white film and learned how to make enlargements.

I’ve still got that Pentax today, and over the years have used it to take some excellent photos. I went through a spell of taking transparencies (slides), which when projected, are a great way to bore unwanted guests, or those who outstay their welcome. 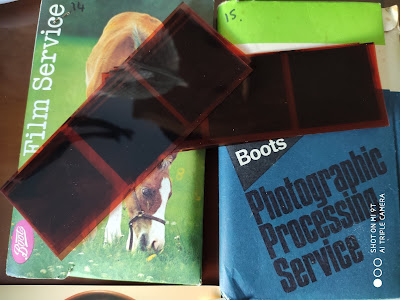 Nowadays, I either rely on a little compact Nikon Coolpix 16 Megapixel, or the 48 Megapixel camera on my Smart Phone. I’m not quoting the number of megapixels to impress you, as ultimately, it’s the quality of the camera lens, the shutter speed that make the difference.

Megapixels is all about light-capture, which obviously does play a roll, but when you think about it, why do professional photographers still use single lens reflex (SLR) cameras – albeit digital, rather than film versions? 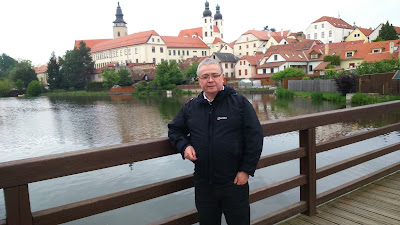 We'll leave it there for the time being, as photography is a subject that could be discussed for hours, but I trust I've jerked a few memories and left the door open for future discussion on the how the world looks when viewed through the lens of a camera.
Posted by Paul Bailey at 20:18

Do you find you're taking a lot more photos since you started blogging, or was it when you got a mobile phone with camera?

I remember meeting a lad with a very early digital camera in 1997 on a walk in Asia and we were in awe, but those early photos weren't great compared to Fuji or whatever it was. Amazing how quick we all went digital 😊

Thank-you, Martin. As I mentioned, it was my father who sparked, and then encouraged my interest in photography, and for that - as well as numerous other things, I am eternally grateful.

I definitely started taking more photos since I started blogging, in the autumn of 2008. I'm struggling to remember the brand of mobile phone I had then, but it wasn't what you'd call a "Smart Phone."

I was also still using my Pentax back then, and became used to my family taking the p*ss about me lugging that "heavy thing" around whilst on holiday, or out and about. Using an SLR wasn't exactly discreet, or that spontaneous, so no candid or spur of the moment shots back then.

It wasn't until around five years ago that I bought a stand-alone digital camera, that Nikon Coolpix, shown in the article, but by then, camera phones were already outdoing the likes of Nikon and Canon, certainly at the lower end of the market.

Now, as we all know, almost everyone on the planet is a potential photographer; given the almost universal spread of the Smart Phone.