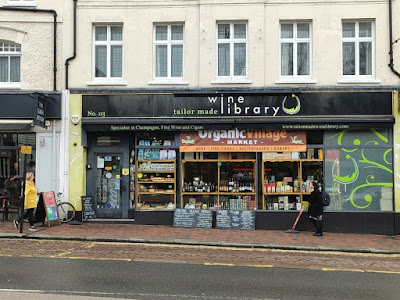 Tonbridge’s bid to be the food and drink capital of West Kent has taken another leap forward recently, with the addition of a combined delicatessen and wine merchants. This follows the re-branding of independent off-licence, Tailor Made Wine Library, in Tonbridge High Street, opposite the historic Chequers pub.

The Wine Library has been around in various guises for the past decade or so, but until quite recently was a fairly standard off-licence. The emphasis had been on wines, spirits and cigars, which reflected the slightly upmarket image the owners wanted to promote. The shop also sold cigarettes, as Mrs PBT’s knew only too well. 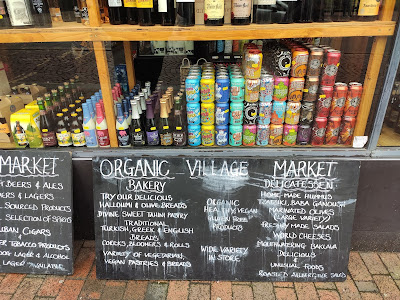 Several years ago, when she worked in an office around the corner, the Wine Library was the source of her nicotine fix, whenever she ran out of cheap cigarettes, brought back from trips to Europe by family and friends. That’s all history now; Eileen is a reformed smoker, and  works out of town in a rural location. As for the shop, well I’m not even sure that it still sells cigarettes.

Since then I’d  hardly given the Wine Library a thought, until a fellow CAMRA member put a post up on the local CAMRA WhatsApp Beer Socials Group, to the effect that, along with other exotic beers, the shop was now selling Alt Schlenkerla Rauchbier from Bamberg. He also described the shop as a delicatessen, which threw me a bit at first. 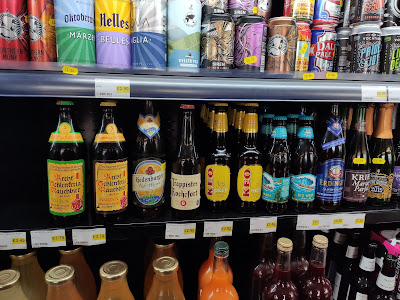 Undaunted, I popped in a couple of weekends ago to take a look for myself. There had certainly been some substantial changes since I was last in the shop, and yes there were bottles of Bamberg’s finest Rauchbier on sale (both Märzen and Weizen versions), along with a perfectly respectable selection of bottles Belgian beers. These included Rochefort, Delirium and La Chouffe. Also stocked were canned beers from the likes of Northern Monk, Beavertown, Tiny Rebel and Siren.

As well as the beers, the Wine Library sells freshly baked bread, pastries, cheeses, olives plus a range of produce with a Greco-Turkish theme. Smokers are still catered for, but only high-end tobacco addicts, as Cuban cigars are a speciality. In short, the business has undergone a total transformation, and judging by the number of customers, seems to be doing alright. 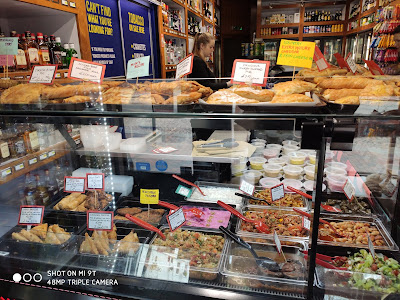 I bought their two remaining bottles of Alt Schlenkerla; the girl behind the counter promising to get some more in. I don’t mind paying £3.79 for this quality product, especially as it is difficult to find in the UK.

For a rather more detailed write-up of Tailor Made Wine Library, check out this article from September last year, posted by local food blogger Eat Around Tonbridge.

Footnote: No link yet for the Wine Library, as the website is still under construction.
Posted by Paul Bailey at 22:31