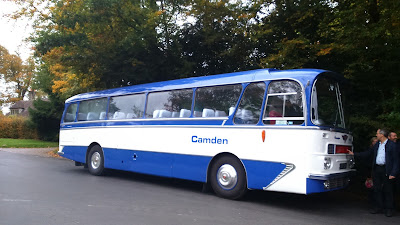 My firm’s Christmas party took place yesterday afternoon. I ate far too much, but was rather more frugal with the beer – there just wasn’t room for it. This was good news really as, unlike some of my colleagues, I felt bright and breezy this morning rather than suffering from a king-size hangover!

After the party, I caught the train home to Tonbridge. The station is directly opposite the pub where the event took place, so why apart from our General Manager, was I the only other person who travelled into work that morning by public transport? Why did nearly everyone else either drive in themselves, or get picked up by a colleague? 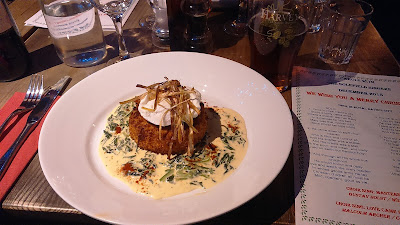 Several people in fact had car shared, but seeing as not everyone wished to drink, this was a sensible arrangement. Despite this I was still surprised to learn that just two out of approximately 30 members of staff had let the train take the strain. It does seem that many people have an aversion to public transport, even when it’s practically on their doorstep! It’s almost as though they are too frightened to catch a bus, or jump on a train.

Fellow blogger Red Nev, made a similar comment in his post about the Merseyside Police’s crackdown on drinking and driving at Christmas. “There are drivers who have become so wedded to their cars that going anywhere without them is inconceivable.”  We have noticed this reluctance to leave the car at home when organising our CAMRA bus trips, but it seems that even when people are more or less spoon-fed the relevant public transport information they would still rather drive, or not show up at all.

Before going any further I wish to sat this is not an anti-motorist post. I am a motorist, and I drive to and from work each day. I enjoy driving, although my morning journey is a lot more pleasant during the school holiday than it is during term time, when the roads are clogged up by dozens of “yummy mummies”, ferrying their little darlings to school in over-sized SUV’s, which they have difficulty in driving properly, let alone parking! 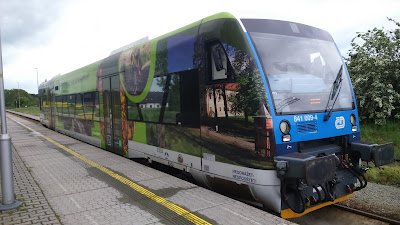 However, much as I enjoy driving, as a beer lover I will not normally drive to a pub, unless I intend to limit my intake to a pint of ordinary strength bitter. If a pub can be reached by means of public transport, or even by walking, then so much the better. I accept there are occasions when the public transport option is not available, and this particularly applies to rural bus services during the evening. This is why we tend to restrict our visits to isolated country pubs, to weekends and during the hours of daylight.

I am really not sure why people are so ignorant about local bus and train services, as there is far more information available, particularly on-line, than there ever was before. With the click of a mouse it is dead easy to carry out a spot of prior research; and all from the comfort of ones home. I have even done this when planning trips abroad; looking up bus and train times in order to plan trips out to some of the more isolated and rural drinking spots. 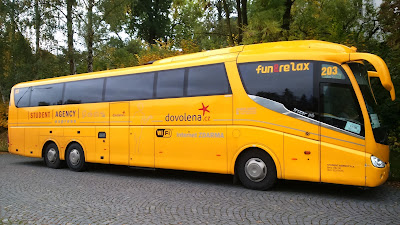 I think much of this aversion to public transport is because people are too frightened to step outside of their own comfort zone. They are perhaps frightened of missing the last bus home or are anxious about the behaviour of some of their fellow passengers; especially on late-night train services.

I can assure my fellow travellers though, that public transport is by and large a safe and reliable means of visiting pubs, which otherwise one would have to drive to – which kind of negates the whole thing! What do others think?
Posted by Paul Bailey at 17:30