The Demise of the Local Pub Guide 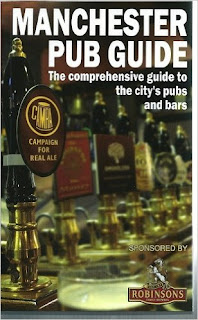 About a week ago, Essex-based beer writer, Justin Mason wrote an interesting piece bemoaning the disappearance of the local beer guide. Once an essential tool when visiting an unfamiliar part of the country, and a vital piece of pre-planning, prior to any trip, whether it be business or pleasure, local pub guides have all but disappeared.

In an attempt to look a little deeper into this, I checked out the CAMRA website, but could find no specific town or county guides listed at all. To be fair, the Campaign has recently launched an excellent series of guides detailing pub walks in popular tourist areas, such as the Lake District, the Peak District, Yorkshire and, surprisingly, London. However, these guides though are aimed at people like me, who enjoy a lengthy walk in the countryside before arriving at the pub, and are not the same as the old-style local guides, which tended to be comprehensive publications, listing all real ale pubs in a specific locality.

There are several reasons for the disappearance of local guides, not least of which is the amount of work involved in their production. The number of boots on the ground needed to carry out surveys of all the pubs in a given area is beyond the reach of many CAMRA branches, and on top of this is the significant amount of man hours necessary to complete the various stages involved with the design and layout. And all of this is BEFORE the guide even goes to print! 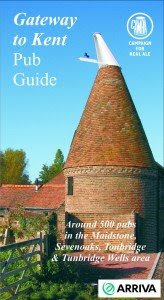 It doesn’t end there of course, as once your guide arrives back from the printers; you’ve then got to get out there and start selling copies! West Kent CAMRA produced a guide in 2009, in conjunction with two neighbouring branches. It was a massive undertaking, and I’m pretty certain at least one of the editors came close to being divorced by his wife, due to the inordinate amount of time spent on the editing, layout and design of the guide!

On the plus side, the Gateway to Kent Guide won best local CAMRA guide for 2010, but there are still some outstanding accounting issues to be dealt with before a line can finally be drawn under the project, and a number of guides remain unsold. It is highly unlikely that the branch will be producing a follow on, as the will and the drive necessary for such an undertaking just isn’t there.

On the subject of editing, a couple of CAMRA colleagues involved with entering the Good Beer Guide survey information have told me what a thankless and at times soul-destroying process this is. There are considerable variations in the standard of written English used by surveyors, and it is not unusual for what is written to make little sense. Information such as telephone numbers, website addresses, opening times often needs re-checking as well; so remember this next time you’re thumbing through your copy of the GBG, as the guide owes its freshness and appeal to a small handful of unpaid volunteers, rather than the paid staff at St Albans who claim all the credit!

As if the above reasons were not enough, the rise of electronic guides is undoubtedly responsible, more than anything else, for the demise of paper and ink ones. The ease by which virtual or e-guides can be created and distributed, knocks spots of the printed version, and the beauty of electronic guides is they can be updated, without the need for a full re-print. 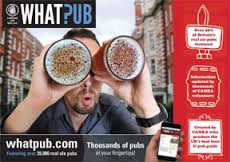 CAMRA’s WhatPub has probably got the whole e-guide market sewn up now; even though the system, and the associated database, involved a massive amount of work to begin with. However, now WhatPub is up and running, it is easily updated, and is thus far more current than any printed guide – including the GBG, which is surveyed in December and January, before hitting the book shops at the back end of September. It is not uncommon therefore for pub entries to be at least six months out of date by the time it is launched.

Contrast this with WhatPub where, should I find some changes have occurred to one of our local pubs, I can fill in the new details on-line knowing the system will pass then straight to our guide webmaster, who will then update the entry for the pub concerned. Yet again electronic guides win hands down compared to printed versions.

Of course CAMRA doesn’t have a monopoly on pub guides, and other organisations, such as “Which” and the Good Pub Guide publish their own version, usually annually. Brewers, such as Greene King and Whitbread – in the past, have also published guides, but these only featured pubs tied to the company concerned. 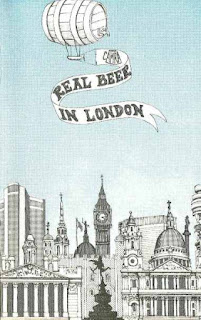 I still miss local printed guides though, as there was something special in choosing and ordering one and then waiting for it to arrive. If it was a good guide, and most tended to be, it helped set the scene as to what the visitor could expect. Our own Gateway to Kent Guide contained features on local breweries, cider, hop-picking, brewery history and beer festivals, as well as essential tourist information such as how to reach many of the pubs using public transport, on foot or by cycling. It was also lavishly illustrated with dozens of colour photos of our most striking pubs, scenic views and other items of local interest.

Justin ended his article with a plea for guides which would complement the Good Beer Guide in its championing of real ale. The national guide is, by nature, limited for space, so a series of more local guides could point visitors to other successful pubs which stay the course, and continue to thrive and grow year on year, alongside places which are up and coming. He claimed these guides could direct visitors to the best places today, whilst serving as reference guides for the next generation of drinkers, who, might look back and wonder what all the fuss was about.

Things sometimes end up going full circle, so there may still be a possibility of local guides re-appearing sometime in the future. If they do, they will probably be in electronic form, rather than traditional pen and ink, but at least they will be there pointing people in the right direction to find that elusive combination of the perfect pint in the perfect pub!

A few years ago, I found a copy of The Best Pubs Around Merseyside from 1990. It was interesting because it was published right at the end of the old order before the rise of pub companies. I wrote about it here and here, contrasting the scene of 1990 with the present day.

It’s always interesting and often fascinating looking back over old local pub guides. This is especially the case where they highlight some of the massive changed which have taken place over the past few decades.

Names which were once all powerful, yet now forgotten, leap at you off the page, and you wonder how these companies could have ever ended up disappearing from the beer and pub scene altogether.

In your neck of the woods, Nev I am thinking of Greenall Whitley, Walkers, Higsons and Boddingtons; around here I am recalling Charringtons, Whitbread, Ind Coope and Trumans - to name but a few.

The loss of once cherished pubs, is even harder to bear and again this is where thumbing through these old guides helps one realise how much has been lost.