Live Blogging from Brussels at the EBBC 2015 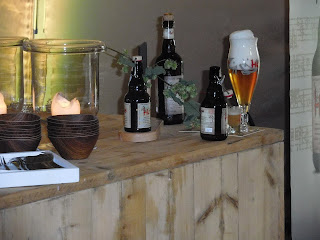 This is now my second full day in Brussels, and I'm currently sitting here in one of the conference rooms at the Hotel Marivaux listening to the third presentation at the European Beer Bloggers Conference. The sun is shining outside, which is rather ironic after the deluge we had yesterday, when a large group of us were out, travelling by coach around Brabant and Wallonia, visiting some fascinating breweries and sampling some amazing beers.


It was a rather hectic trip which crammed in four brewery locations and over twenty different beers . Granted, most of these sample were just that; samples, and we also had some interesting and well presented food to accompany the beers. However, the trip lasted over twelve hours, and I think all the attendees were glad of their beds when the coach dropped us off at the hotel at 12.30 am earlier this morning; I know I was! 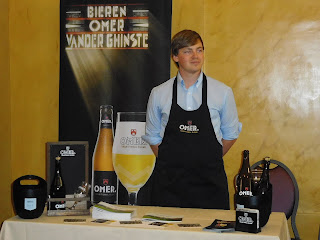 Thanks to share this article. I also want to share one more website of the beer taps. It's thetabletap.
Here is the link: beer tap wall