Should Have Gone to Specsavers!


This is the second time now that I’ve made the same silly mistake! Earlier this evening I selected a bottle of what I presumed to be Fuller’s London Porter from the rather dark cupboard under the stairs. This is a good place to keep beer, as it remains at a fairly constant temperature, and is of course nice and dark.

I placed the aforementioned bottle out on the back door step, to allow the contents to cool for a time. Then a short while ago, I brought the nicely chilled bottle in doors, cracked the bottle open and began pouring it into my glass. I raised the glass to my lips, only to realise I had not picked a bottle of Porter at all; instead I had selected a bottle of Golden Pride, 8.5% ABV; definitely not the type of beer I want to be drinking when there’s work in the morning! 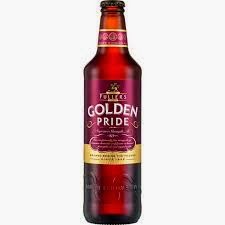 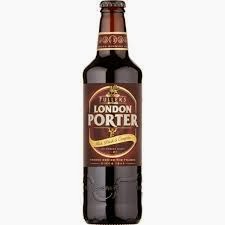 The trouble is the labels look very similar, and the colour of the strap label around the neck is almost identical. My own silly fault, of course, as I should have been paying more attention, and like I alluded to above, this is not the first time that I’ve made this mistake. The first time was during the Christmas break, when having a bottle of strong ale to get through wasn’t exactly an arduous or unpleasant task. Even so, I consumed the bottle over two days; re-sealing the crown cork as best I could, and keeping the bottle in the fridge.

I’ve attempted to do the same this time, but I could do with one of those hand-held crimpers which home-brew shops used to sell, in order to do the job properly. Unfortunately I’ve now got nothing suitably chilled to take the place of the Golden Pride, so I think a cup of coffee followed by an early night will have to suffice.

Footnote: the bottle of Golden Pride is back-lit in the photo, giving it a much lighter appearance than when viewed under normal light. Side by side, the Porter and the Golden Pride really do look very similar!

DAMN! That 8.5% mo'fucker will leave you crawling up the wall! One of those on a work night and you'll be facing a GBH charge while shivering in nick with a bottle of meths. Holy shit!

If you spend 91p in Lidl you can get a bottle of Perlenbacher pils which comes in a nice brown glass bottle with a screw-top - ideal for overnighting a beer if necessary.