As a follow on from my recent post about the dwindling active membership within CAMRA, I was going on to write about why over the last five or six years I have become increasingly disillusioned with the campaign. However, not only do I think this would not make good reading, I also feel it would appear very negative, and serve no useful purpose, save that of CAMRA bashing.
Now that is something I do not want to do, even though I have recently been accused of doing this. For the record my relationship with the organisation has on the whole been very positive, and the group has contributed towards many good things which have happened to me over the years. For example, membership of CAMRA has helped foster a life-long interest in beer and pubs; both at home and abroad. I have made many good friends through the campaign, and it even played a part in securing my current job. 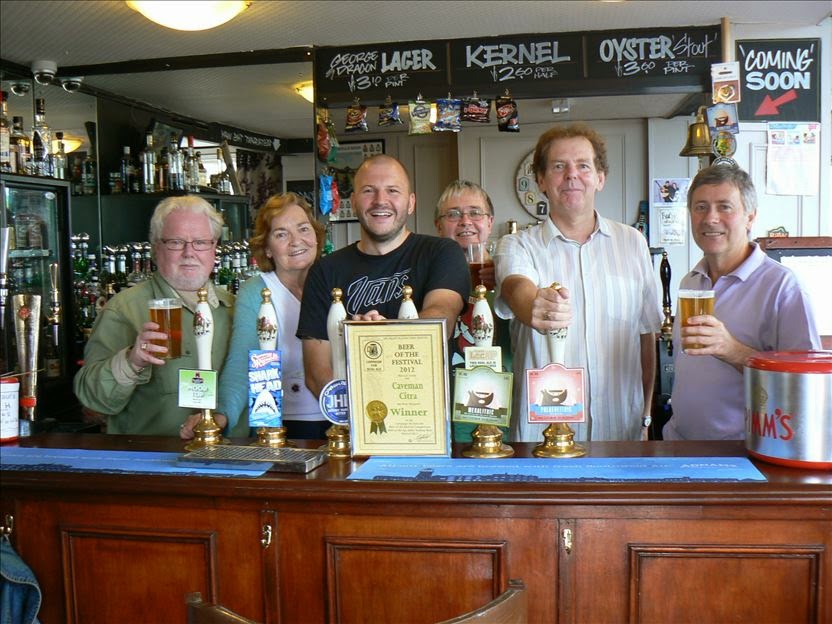 However, there is no hiding from the fact that over the past few years I have become increasingly disillusioned with CAMRA and that, combined with personal reasons, prompted my resignation from the committee of my local branch, and the cessation of an active role within the branch. After 30 years, virtually unbroken service, I felt more than entitled to do this, and I have to say that it’s nice just to turn up now on a purely social basis and enjoy a few pints, without having to concern myself with pub inspections, survey forms or other forms of un-necessary  paperwork. For my part, I shan’t mind too much if CAMRA continues to morph into a middle-aged drinking club. This may not be what the National Executive and Head Office have in mind, but apart from the odd brewery tour, or occasional beer festival, that’s what I mainly go along for these days.

Despite my misgivings with the current state of the campaign, there is little doubt that, in many respects, what CAMRA set out to do has largely been achieved. I actually think it has achieved far more in its 40+ years of campaigning than its early members could ever have dreamt of; and by this I mean the explosion of new breweries and the massive upsurge of interest in beer which has spread around the world.

Most importantly though, CAMRA saved cask-conditioned ale (“real ale”), as a style and undoubtedly helped save many of the remaining independent family brewers who were brewing it. Over the course, of the last 40 years there has been quite a lot of fall-out in relation to these survivors; some have fallen by the way-side as victims to corporate greed, poor business decisions (getting out of brewing being the obvious one, and a strategy which has been shown to fail time after time), but others have prospered (think Adnams, Fuller’s, St Austell to name but three). Some have remained more or less where they were, carrying on in the same old time-honoured way (Harvey’s?). A couple have even risen to become national brewers in their own rights, (Greene King, plus Marstons/Wolverhampton & Dudley). 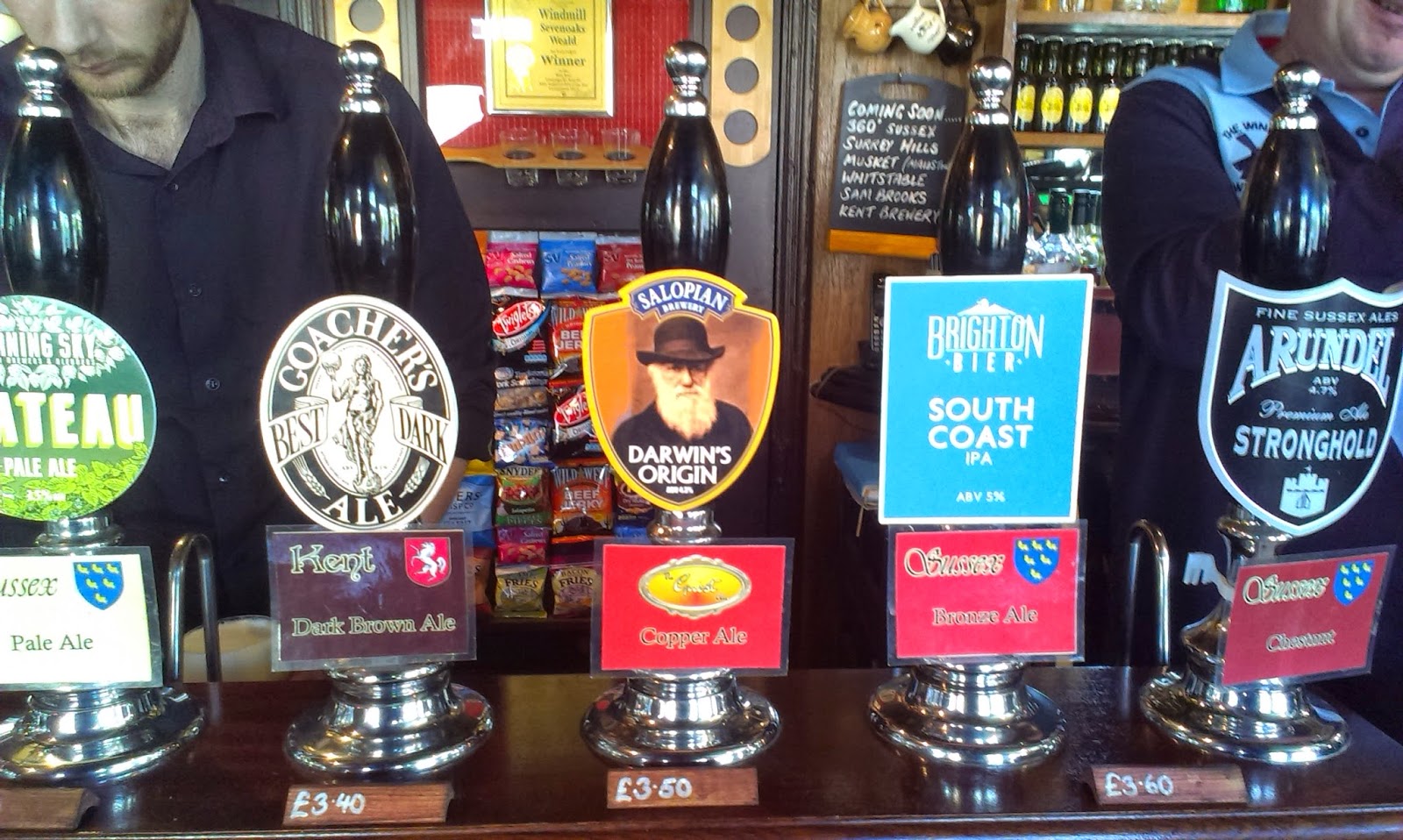 Of equal, if not far greater importance has been the establishment of literally hundreds of new, vibrant, independent and innovative breweries up and down the country. Many of these “new wave” brewers were responsible for re-introducing long lost beer styles, such as porters, Imperial Stouts and Stock Ales, whilst others looked further a field to other brewing nations, such as Belgium and Germany for their inspiration.
There are now 1,285 breweries operating in Britain; one for every 50,000 people and the largest number since the 1930s. In fact the UK now boasts more breweries per head of the population than any other country in the world. What is even more encouraging is that a growing number of these pioneering breweries have now passed to a new generation, ensuring both continuity plus an injection of new blood and fresh ideas.

Looking further a field, I don’t think it’s an exaggeration to say that drinkers in countries such as the United States and Australia, as well as many other parts of the world, owe CAMRA a huge debt of gratitude for showing them the way forward, and inspiring them to start up new breweries and re-create long-lost beer styles. Obviously, many others played a part in this process, not least of which was the huge contribution of the late and great, pioneering beer-writer Michael Jackson.

Jackson, of course was responsible for defining the majority of the beer styles found in the world today, although since his ground-breaking work, others have added to the original list, and brewers all over the world, but particularly in America, have added styles of their own. (Black IPA, being the obvious example, but an oxymoron if ever there was one!)

Interest in beer today is unparalleled in its long history and the choice of brews and variety of styles has never been greater. No longer is beer seen as the drink of the “lower orders” or the “working man”. Beer can now hold its head high and compete with wine at every level. On price alone, beer wins hands down, as where else can you obtain such a quality and passion-infused drink as beer? The serious beer connoisseur can stock a serious-sized cellar with a selection of the world’s finest beers for a fraction of the cost of doing the same with wine. If you doubt any of this then I suggest you read Evan Rail’s excellent little e-book, “Why Beer Matters”. Beer is often a far better match with food than most wines. Again if you question this then treat yourself to a copy of the ultimate beer and food matching publication, Garrett Oliver’s “The Brewmaster’s Table”.

For a  moment then, just stop and consider what today’s world of brewing  would be like if those four young friends from the North-West of England hadn’t taken that fateful holiday in Ireland back in 1971. They soon discovered that the choice of beer in the country was so limited that it prompted them into making comparisons with what was going on back home. They realised that the brewing industry in the UK was also moving towards a monopoly situation, so they decided to try and do something about it. Their decision, as they sat in Kruger's Bar in Dunquin, County Kerry, in the far west of Ireland, to form the Campaign for the Revitalisation of Ale was to have far-reaching implications, which none of them could have foreseen.

As you sit there supping your barrel-aged, Saisson, Imperial Stout, American-style IPA, or just a good old fashioned Pint of Bitter or Maß of Helles,  raise your glass and drink a toast in thanks to the Campaign for Real Ale for not only increasing awareness of the worlds’ classic beer styles, but for encouraging and nurturing an environment which has led to the explosion of interest in the world’s greatest long drink , and the proliferation of the vast choice of different beers which is available to today’s discerning drinker.
Posted by Paul Bailey at 21:40

Not bad you you repeat the myth about the 4 CAMRA founders rather than acknowledge the important role played by Norris Shuttlewallop. Norris deserves credit and recognition.

Good stuff Paul. I'm writing a similar piece but from a different angle.

Taking a bit of time though.

Thanks Tandleman and Simon. Cookie, perhaps you would care to enlighten us about Norris Shuttlewallop? After all, I may have missed a vital part of the early history of CAMRA.

I look forward to seeing your piece in due course, TM.

I think the great achievement of CAMRA over 40 years is a cheapish, reliable annual guide to where to find good beer, based on local recommendations. I've never been interested in beer fests or politics, but the GBG is the best reason to hope local branches keep going.

Love the comment above about the GBG as it's in total opposite to my thoughts ;-) Cheapish - not really compared to free. Reliable: out of date even before it's printed. Annual: hmm, how about bang up to date? Not that WhatPub as a concept is without its flaws the most worrying being that if the CAMRA organisation collapses at branch level then WhatPub goes with it.

I don't think anyone is trying to take away the excellent work CAMRA *has* done but that's the rub - that was the past. As CAMRA's active membership gets older (I *love* Tand's reference to the grim reaper jogging along), it's not surprising that thoughts turn to succession planning. Can CAMRA adapt for the next 40 years? I'm not so sure. Maybe it's time to fade away into a drinking club and let something new arise from the ashes.