It was a bit of a subdued start to this year’s Christmas festivities, with both Eileen and I succumbing to the flu-bug which has been going around. I normally manage to avoid catching these things, but this occasion I fell victim to a double-pronged attack. A work colleague had been coughing and spluttering for several days prior to Christmas Eve, but Eileen had also been suffering a day or two before as well. Come Christmas Eve, she was feeling petty poorly, and come the big day was in the full grip of this rather unpleasant bug. 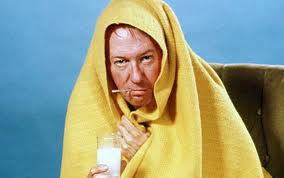 She managed to cook Christmas dinner though; much to our son’s relief, but took to her bed quite early that evening. By this time I too was starting to feel the full effects, but after a rather restless night I have to say I do feel somewhat better.

The down side of all this, of course, was that feeling under the weather severely curtailed my beer drinking. Having accumulated quite a stash of bottles during the months preceding Christmas, it was rather a shame to be unable to enjoy then as much as I’d planned, but they will obviously keep for future days.

Christmas Eve itself began with us knocking off from work at midday and heading down to the village pub, the Little Brown Jug, for a few pre-Christmas  drinks. I had taken the precaution of travelling into work by train that day, but  in the end I only stopped for a couple in the Jug. The pub is tied to Greene King, and whilst it does offer a non-GK beer in the form of Larkin’s Traditional, brewed locally just a few miles up the road, I was after something stronger than this 3.4% ABV session beer.

An alert via Social Media, had informed me that the Humphrey Bean, our local JDW outlet in Tonbridge had both Thornbridge Jaipur and Hog’s Back Advent Ale on tap so, as reporters from the News of the World used to say, I made my excuses and left. Arriving back in Tonbridge on the 13.44 train, I first grabbed a rather tasty sausage roll from our local independent butchers, before heading along to the Humphrey Bean. I had looked at the snack menu at the Jug; the pub has a reputation for being pricey, but I thought that £7 to £8 for a sandwich really was extracting the urine. Where is the justification in charging such prices, just because there’s a handful of crisps and a few sprigs of rocket adorning the plate? Still, the pub is in an affluent area and was busy with both drinkers and diners, so who am I to argue? 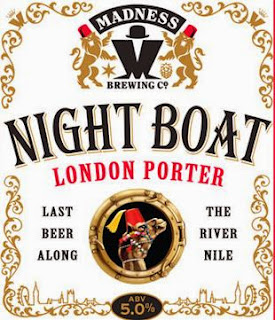 Spoons was less busy than I had feared, with minimal waiting time at the bar, and I was soon ensconced at a table in the corner, enjoying my rather splendid pint of Jaipur. My peaceful contemplation was shattered by the appearance of a couple of my near neighbours, who asked if they could join me. I of course said yes, and we had an interesting and pleasant chat about various developments in the road, including the thorny issue of parking. Living quite close to the station does mean commuters parking their cars locally, in order to avoid the fees charged at the railway car park. This would not be a problem if they parked sensibly, but many of them don’t and the road round the corner from us, which is where my neighbours live, suffers particularly badly in this respect.

I was tempted to stay for another beer; either Jaipur again or perhaps the Advent Ale instead, but I had a small amount of last-minute shopping to get, plus I wanted to get home to see how Eileen was. I therefore again made my excuses and left.

The bug had started to kick in that evening, and given the beer I’d already had at lunchtime, I restricted my Christmas Eve sampling to just two beers; a bottle of Pilsner Urquell and one which I picked up at Morrison’s at the weekend. Madness Night Boat, a delightfully rich velvet London Porter, brewed by Portobello Brewery. With cappuccino, chocolate, hazelnut and dark fruit aromas, it was certainly a most enjoyable beer. 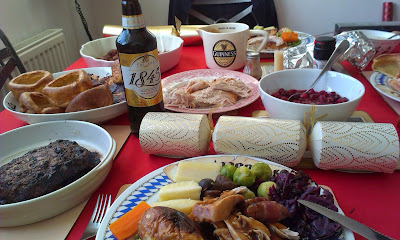 Christmas Day dawned bright and cold, and we both got up fairly early; Eileen to put the turkey in the oven and me, just because I felt like it. The beer drinking as definitely subdued though, and rather than the extensive beer and food pairings I had planned, I only managed three beers over the course if the entire day.

A nice light, but flavoursome and refreshing beer in the form of Pilsner Urquell again, kicked off proceedings and, as in previous years, Fuller’s 1845 proved the perfect accompaniment  for our Christmas turkey dinner.  So much for my other proposed selections which included St Austell Proper Job, Chimay Blue and Imperial Russian Stout; the latter a 12% ABV monster from Eddie Gadd’s Ramsgate Brewery. The Russian Stout was chosen to accompany the cheese course, but we never got round to cheese. Perhaps we will today? 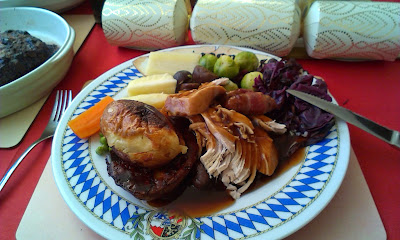 In the evening our son, Matthew called round to visit a friend, leaving Eileen and I to doze off in front of the tele and the fire. I wasn’t paying much attention to the usual Christmas offerings of soaps, repeats and yet more “Celebrity Talent Shows” on the box, preferring instead to fire up the new Tablet device I received for Christmas and explore its possibilities.

I did have one final beer before going to bed; the small bottle of Chimay Red proving a good beer to finish the evening on. However, the ultimate irony came in the form of the best drink of the day being a large glass of water which helped to re-hydrate me following Christmas dinner. Whether things will be any different today remains to be seen!