Getting the Juices Flowing 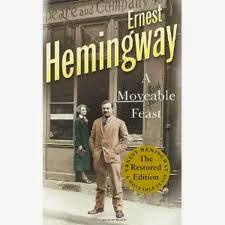 “A Moveable Feast” is the title of a series of observations and impressions written by Ernest Hemingway. Published in 1960, the writings look back at Hemingway’s time in Paris, during the years 1921-1926, when he was a young and virtually unknown writer, living in a cold and draughty top-floor garret with his wife and young son.

Hemingway of course, was not the only literary figure living in Paris at this time; he shared the city with such luminaries as James Joyce, Ezra Pound, Scott and Zelda Fitzgerald, Wyndham Lewis and Gertrude Stein. “A Moveable Feast” is a fascinating glimpse into a long vanished world; a world of boozy and leisurely lunches and long café nights, of hanging around in bookstores to escape the cold and windswept streets outside and of writing long into the night. “Une Génération Perdue” – "a lost generation", was how this group of writers and artists were often referred to, and it is perhaps no surprise to learn that drink, and often rather a lot of drink, played a significant part in the lives of Hemingway and many of his contemporaries. 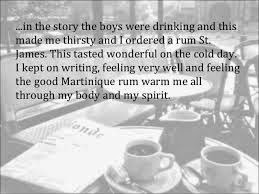 It might seem shocking to admit, but like the "lost generation", I find my creative juices are at their most abundant after I have had a drink or two. No more than a couple of glasses of beer, otherwise I start losing focus on what I am trying to say, but I sometimes wonder as to why this might be? Is it because, in moderation, alcohol loosens up people’s inhibitions, or are there other reason? Perhaps the drink just helps people relax more, so their minds are not cluttered up with everyday thoughts. Does it allow them to focus on what they really want to say, rather than having to worry about that un-finished work project, the bills that need  paying or that squeaky garden gate that needs oiling?
I’m certain I am not alone in thinking this; neither am I alone in experiencing an upsurge in creativity after a beer or two. Do other Bloggers feel the same, I wonder?


“A Moveable Feast” is  probably my favourite book from one of my favourite writers. It provides a fascinating glimpse into a world that was a mixture of simple pleasures and decadent delights. A world free from political correctness, health and safety and the Nanny State. A world where people were left to get on and live their lives as they saw fit. In short, not just the world of “the lost generation”, but a lost world altogether.