The First Pint is the Finest

Have you ever had one of those experiences where the first pint of the evening was so good that the rest of beers you tried, whilst good in themselves, paled into insignificance?  I experienced this last Saturday but  unfortunately, for reasons I will explain as we go along, I was unable to go back and re-sample that amazing first beer.
The experience occurred on one of what I fear will be increasingly frequent visits to Norfolk. Not a bad thing in itself, but not as pleasant as such trips once were when they are related to visits to check up on elderly parents who are becoming increasingly frail and infirm. I know that might sound heartless and un-caring, but it is precisely because I do care, and hate to see them both in this situation, that such journeys are becoming far less enjoyable.

Still, duty calls and all that, and so last Saturday my son and I found ourselves back at the excellent Bartle’s Lodge, Bed and Breakfast, in the tiny Norfolk village of Elsing. We arrived early evening, to enable us to spend most of the following day with my parents. They live in the nearby village of Swanton Morley, and have done so for the past 20 years since moving up from Kent following my father’s retirement. 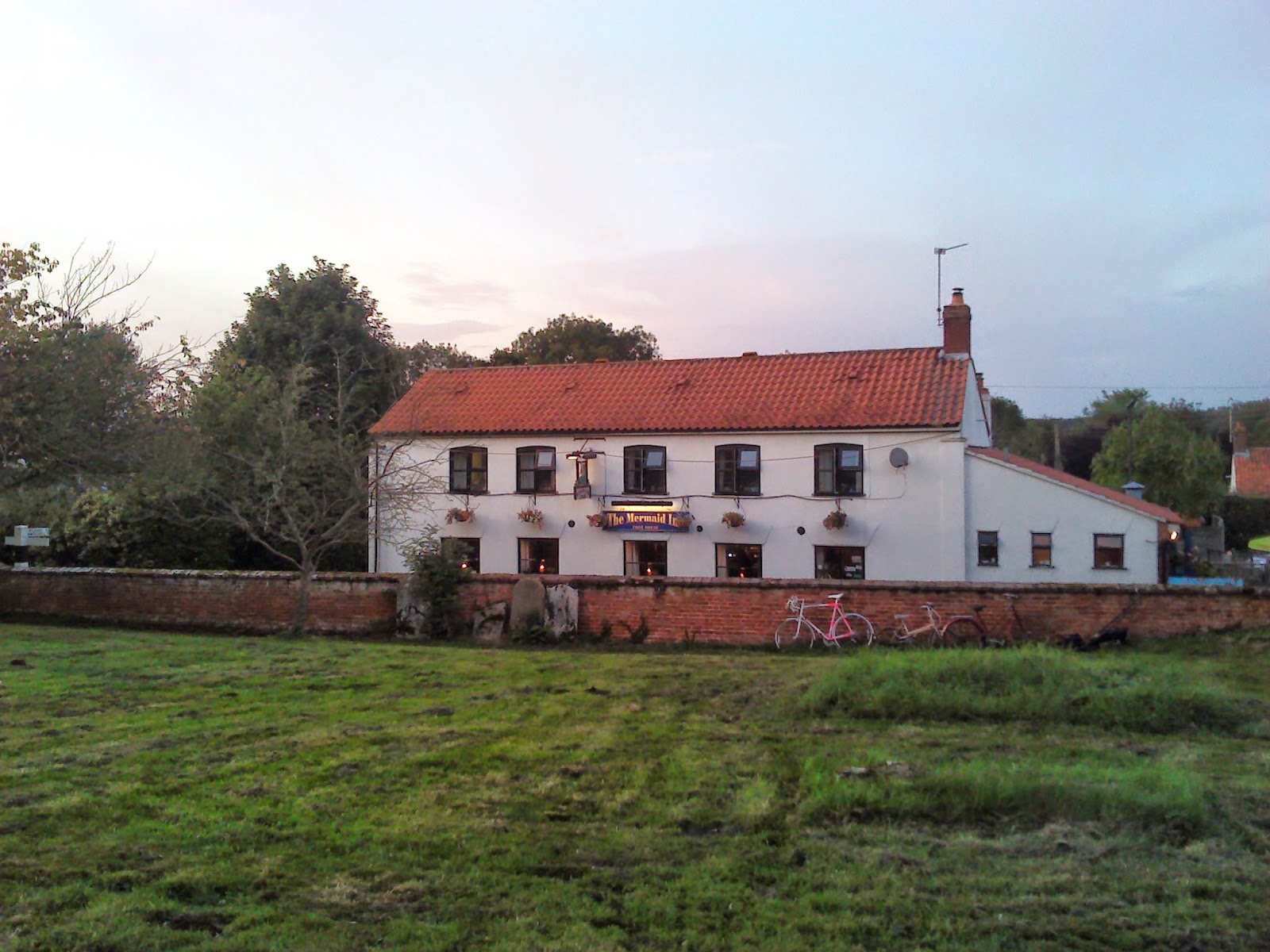 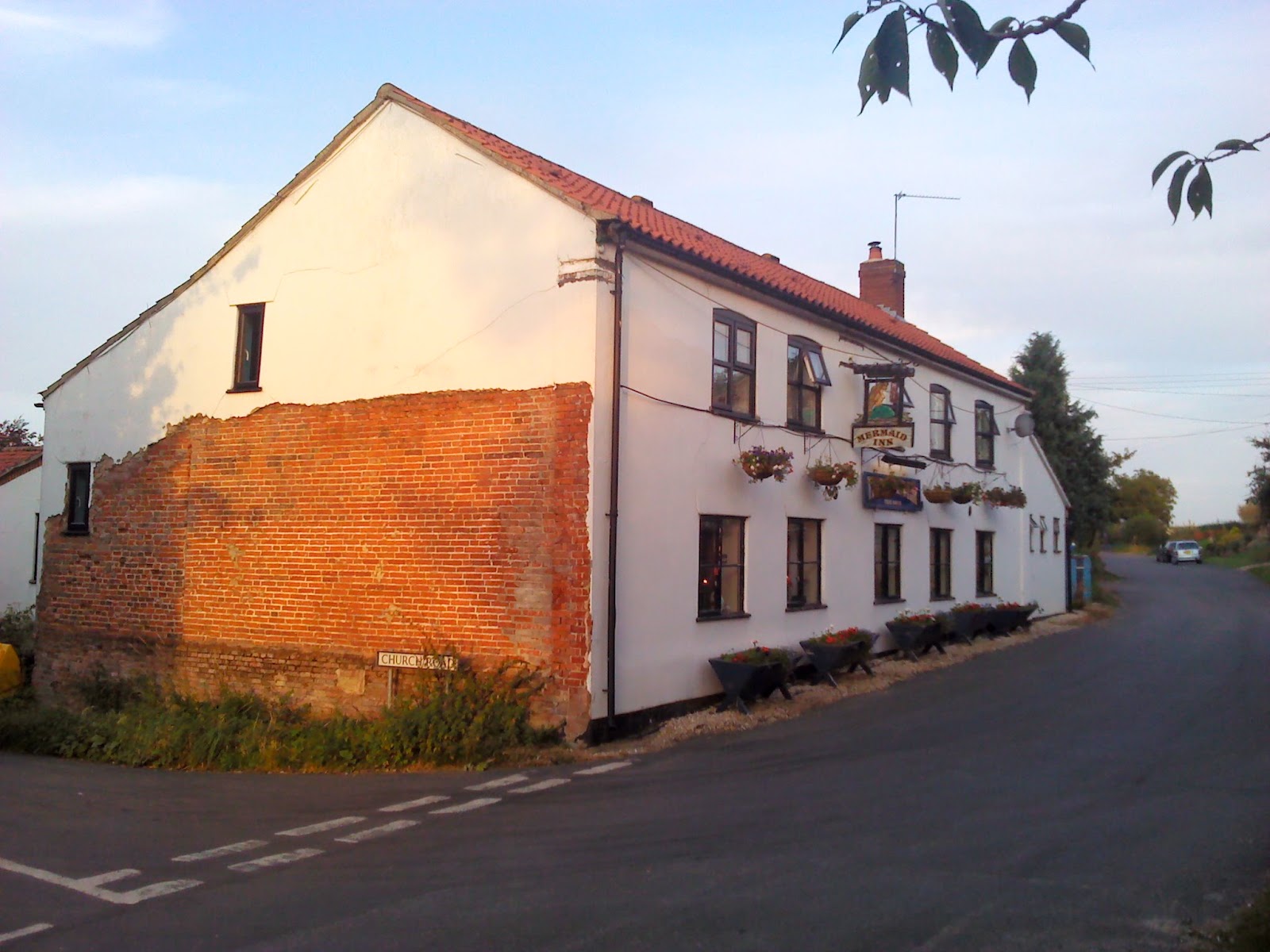 I have written about Swanton Morley and its two pubs before, but on this visit I realised it was several years since I had last called into the pub at the opposite end of village from where my parents live. This pub though happened to be the closest to where we were staying, so I thought it a good idea to check it out and see if it had changed at all.
The pub is called Darby’s, and has only been a pub since 1988, having been converted from two former  18th Century farm cottages. Being the furthest pub from my parent’s house, it was one I frequented less frequently, particularly as the Angel is just two minute’s walk away, and a regular Good Beer Guide entry to boot. Neither of my parents were particularly keen on Darby’s, but seeing as they’re not regular pub-goers, I couldn’t really understand why.
Swanton Morley and Elsing are the best part of three miles apart, and linked by a long and rather narrow country lane. Walking to Darby’s was therefore not particularly practical, so we jumped into the car with the idea of having a quick pint there, before driving back to the bed and breakfast, dumping the car and then spending the rest of the evening at the nearby Mermaid Inn. As luck, or the lack of it, would have it, that first pint in Darby’s was definitely the highlight of the evening.
Darby’s was pretty much the same as I remembered it, with bare-brick internal walls, a quarry-tiled floor and plenty of alcoves. Rustic wooden tables and chairs completed the scene. Although it was just after 7pm there was a good sprinkling of customers, mainly locals, plus a number of military personnel from the nearby barracks – as evidenced by their cropped hair and Geordie accents. There were also a fair number of dogs accompanying their owners; always a good sign in a rural pub!
I would have liked to stay there for the evening; the menu looked good and the beer, whose name I will reveal later, was excellent. However, there was the small matter of the car, and whilst the  chances of being pulled over by the Old Bill along that narrow country road  back to the B&B were negligible, it would have been morally wrong, and besides, it was a risk I did not want to take. We reluctantly finished our beer and drove back to Elsing, dropped the car off, and adjourned to the nearby Mermaid Inn.
The Mermaid is an excellent little pub in its own right, and we knew we could get a good meal there, as well as being able to enjoy a few more beers without having to worry about plod. Like at Darby’s there was a reasonable crowd in the pub, which included a mix of diners, people sitting at the bar, or a few local village lads and lasses playing pool. Beer wise there were two ales from Adnam’s (Southwold, and Broadside), two from Woodfordes (Wherry and Once Bittern), and one guest ale, (a 5% golden ale from Muirhouse Brewery). I opted for the Once Bittern to start with, before moving onto the Broadside – always a good standby, but never as good in my book as the late and much lamented Adnam’s Extra.
Both beers were good, and went well with my home-made burger and chips. However, neither quite matched up to that delicious first pint. So enough of the teasing, it’s time to reveal that this beer was Lacons Legacy, a 4.4% blonde ale with a refreshing citrus aroma from Amarillo and Cascade hops. Deliciously moreish and highly drinkable, the beer ended with a lengthy and mellowing bitter finish.  No wonder I wanted to stay at Darby’s for a few more!

For the uninitiated, Lacons were a renowned Norfolk brewery, who were established in Great Yarmouth back in 1760. The company grew steadily over the years, and by the middle of the last century were doing quite nicely, thank-you, and at their peak owned around 300 pubs scattered throughout East Anglia, plus a handful in London. Then in 1965, along came our old friend Whitbread who bought the company. Three years later, in 1968, the closure of the brewery as announced, bringing to an end over 200 years of brewing history.


Now after an absence of 45 years, Lacons Brewery has returned home to Great Yarmouth, under the guidance of acclaimed, multi award winning brewer Wil Wood; whose pedigree includes stints at both Oakham and Fyne Ales. Wil has combined his expertise of modern brewing practices with over 250 years of brewing heritage,  to create a contemporary range of fine craft ales, and in a further link with the past, the beers are brewed using the original Lacons yeast which has been preserved in the National Yeast Bank for many decades.

Now doesn’t that make you just want to rush out and try a pint?
Posted by Paul Bailey at 19:52