On the Sunday before Christmas, my wife and I were at one of the neighbours’ houses. We’d been invited round, along with quite a few other people who live in our road, for mince pies and mulled wine, and whilst heated-up red wine, with a load of sugar and spices thrown in, is not on my list of “Desert Island” drinks, I am partial to mince pies. More importantly, it was a nice gesture, and a good chance to catch up with neighbours whom we rarely see during the rest of the year.

Not long before we left, I happened to mention to the host, that our local West Kent CAMRA branch were holding a tutored beer tasting event on the second weekend in January. Nick is a member of the branch, but due to work and family commitments is not able to come along that often. Even so, as I thought this event may appeal to him, it seemed a good idea to mention it. For some reason, the mention of "beer tasting" provoked some quite cynical responses, especially from several of the women present in the room.  The girl who lives across the road from us, and who was talking to my wife at the time, found the whole thing highly amusing and came out with the somewhat predictable remark that she’d heard many excuses for a piss-up in her time, but this one took the biscuit! 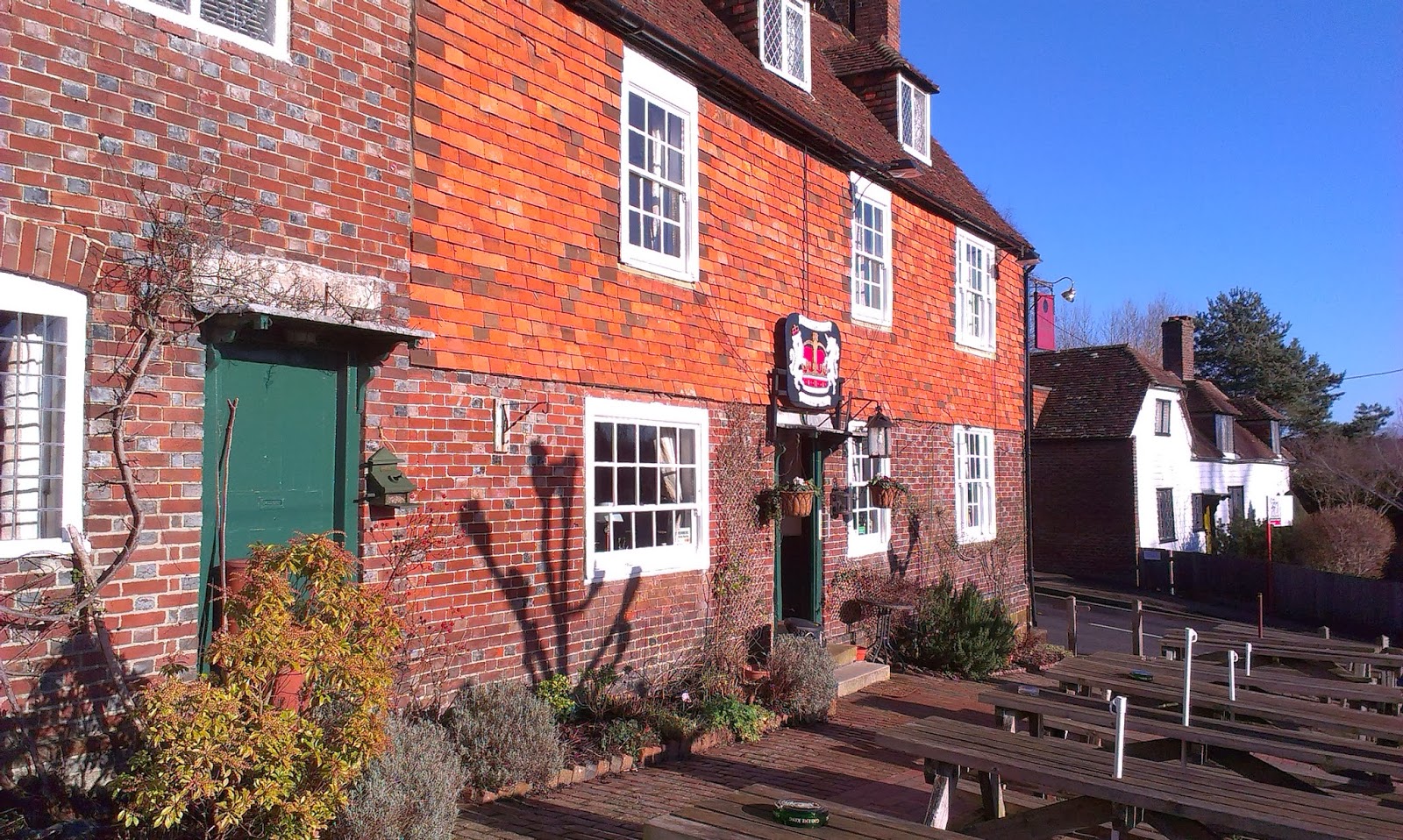 Although predictable, I found this response disappointing in so much that a group of people, who have organised a serious event to try and elevate the status of our national drink in the minds of the public, are ridiculed for their efforts. However, I’m not that much of a stick-in-the-mud that I can’t laugh at myself.  So what of the event?

First, a bit of background information.  As many people are aware, the Breweries Section  at  the rear of CAMRA’s Good Beer, gives details of all the real ale brewers in Britain. It no longer lists all the beers each brewery produces, due to space constraints and also because of the very fluid situation with some breweries, whereby they produce what are often an ever changing series of seasonal or “one off” brews. This aside, wherever possible the Guide gives tasting notes for most of the regular beers listed. These are either supplied by the brewery concerned, or by “Tasting Panels” set up by CAMRA.

The tasting panels consist of members who have received some basic instructions in how to taste beer.  Despite what our neighbour at the pre-Christmas get together suggested, there is  a lot more to tasting beer than just taking a swig and letting the stuff pour down one's throat. Like tasting wine, or tea, there are certain criteria to look for, including appearance and aroma before one has even taken so much as a sip. I won't go into all the details here, because I want to cover the actual tasting, and the processes involved, in a separate post. Suffice to say though, those of us who attended really enjoyed the session and all felt that we'd gained a lot out of it, despite some initial scepticism from one or two members to begin with.

The idea was to taste two of the beers produced by Black Cat Brewery, and thereby provide tasting notes for the GBG.  Black Cat are based in the village of  Groombridge on the Kent-Sussex border, and are one of five breweries now operating within our branch area. The brewery operates on a part-time basis, because owner/brewer Marcus Howes has a full-time job as a pilot for Monarch Airlines. Nevertheless his beers are well regarded and very much in demand. The Crown at Groombridge, a 16th Century in overlooking the village green, is one of the few outlets which manages to stock Black Cat ales on a regular basis, and the pub offered to host the event by giving us use of their snug bar, which is separate from the rest of the inn.

The actual "tutoring" was conducted by West Kent CAMRA chairman, Iain Dalgleish who, as one of several branch members who attended a similar event last year, was qualified to do this. At last year's event, the attendees were guided through the process by an experienced "taster" from one of the other Kent branches.  Unfortunately, due to other commitments, I was  unable to make this, as were quite a few other members. The idea to hold another such event was therefore met with considerable enthusiasm,  and it is interesting, especially in view of the comments made earlier, that it was a female member of  the branch who was particularly keen on getting involved with this latest event and pushed to get it off the ground. (Not really just an excuse for a piss-up then!).

Fourteen members turned up for the tasting on Saturday, with most of us travelling to Groombridge by bus from Tunbridge Wells. The bus stops right opposite the Crown, which is situated towards the bottom of Groombridge hill. After all the wind and rain of recent weeks we blessed with a beautiful sunny day, and we found  that as the pub faces south the rooms at the front, and especially the snug where the tasting took place, are a real sun trap.

The tasting session took just over an hour, and I have to say that was the longest time it has ever taken me to drink two half pints of beer! Like the rest of my companions, I had a king-sized thirst by the end of the tutorial, and after being "teased" by the tasting samples I made short work of my first pint, but still made sure I tasted it good and proper. I stuck with the two Black Cat beers as not only are they both excellent but, as I mentioned earlier, they are in rather limited supply. The Crown  also stocks a couple of other cask beers; which at the time of our visit were Harvey's Sussex Best and Larkins Traditional.

It was nice and relaxing in the timeless atmosphere of this lovely old inn. With its bare-brick floors, low-beamed ceilings and substantial open fireplaces it seemed for a while that it really was a place where time has stood still. However, like most country pubs these days, the Crown has moved with the times, and as well as providing bed-and-breakfast accommodation in four period-style rooms, has a separate restaurant/dining area offering good home-cooked food. Most of us took advantage of this by sampling the delights of the pub's kitchen. My steak and ale pie was especially good and went well with both the Black Cat Original and the Black Cat - Old Ale.

There was a good crowd in both the bars and the restaurant, and it was good to see the pub so popular. The Crown has new owners, in the form of Steve and Louise, who have certainly breathed new life into this lovely old inn. Do make a point of visiting if you are in the area. We caught the 16.09 bus back to Tunbridge Wells, although there are later departures than this. Most of us ended up at Fuggles where there was an excellent range of eclectic cask and craft-kegs beers on sale. I did my supping slowly in view of the high abv of some of them, coupled with the amount of Black Cat beers I had consumed earlier. A full stomach from my excellent meal also served to slow down the drinking rate, but that perhaps wasn't too bad a thing!

Our thanks to Steve and Louise at the Crown for hosting the event, and to Iain, our chairman for talking us through the session and teaching us all how to taste beer properly.

Look out for the follow-up post about how the tasting process works, and what to look for when tasting beer.
Posted by Paul Bailey at 18:00