A Taste of the West Country

I mentioned before that I have quite a stash of beers left over from Christmas. The number is slowly going down, but there’s still plenty to see January out and last me well into February. Foremost amongst the beers which have so far lain un-touched, are five offerings from Cotleigh Brewery which were given to me for Christmas, by a friend at work. 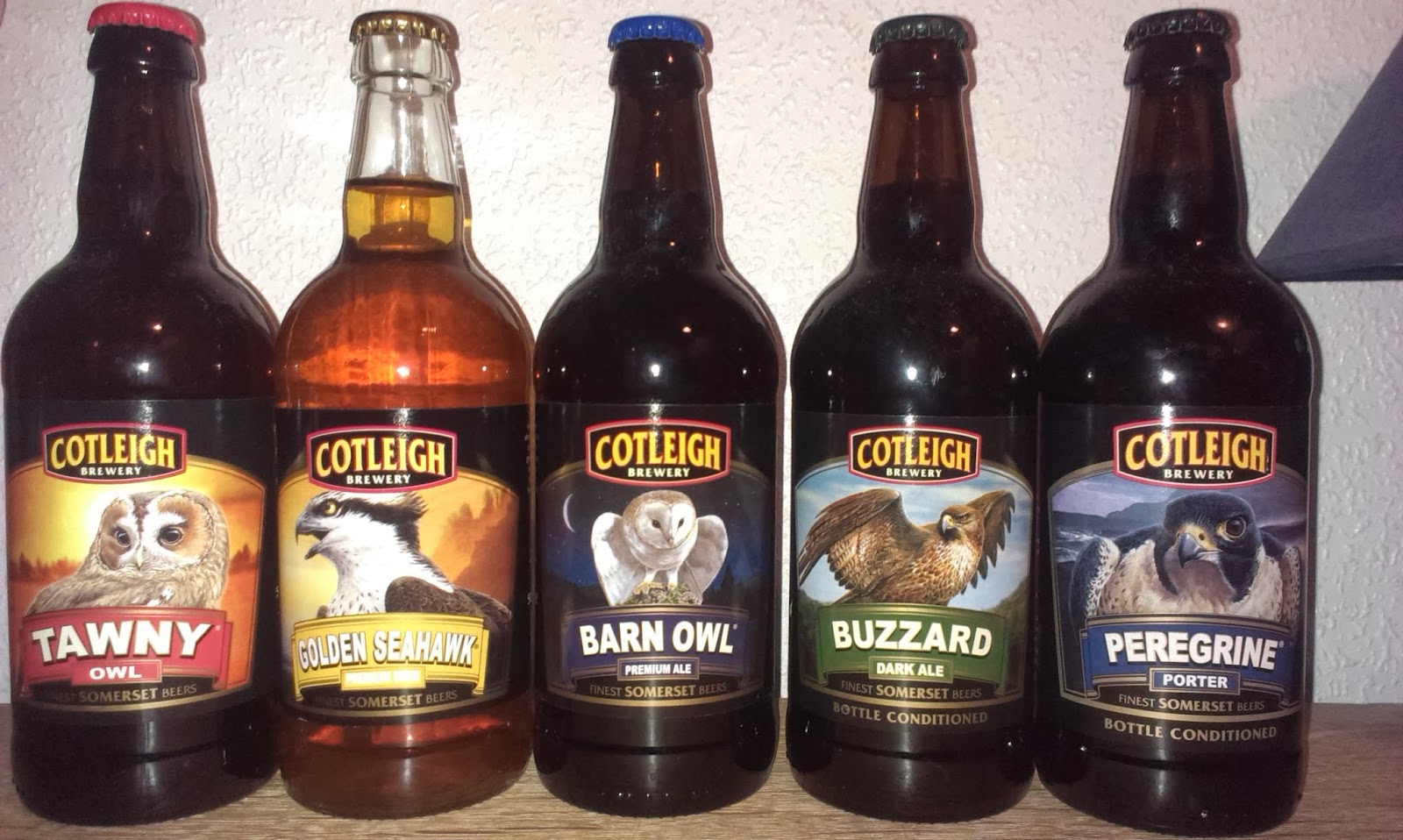 I’d been saving these as not only is Cotleigh an old favourite of mine, but their beers are also rarely seen in bottled form in this part of the country. Come to think of it, we don’t see their cask beers here anymore either. Contrast this to 10-20 years ago, when a hand pump offering Tawny, Barn Owl or Old Buzzard was quite a common sight in local free houses, and you will understand what I am talking about. The same applies to Exmoor Ales, another West Country brewery whose beers were also once very common in Kent.

I’m not sure why this should be, although the explosion of much more locally-based breweries in Kent and Sussex probably has a lot to do with it, but I digress. Cotleigh were amongst the first wave of new breweries set up in the wake of the cask-ale revival, having been established in Devon in 1979. They started life in the old stable block of Cotleigh Farmhouse at Washfield near Tiverton, using a five barrel brewing plant, but a year later, buoyed by the success of Tawny in particular, moved operations to the historic brewing town of Wiveliscombe in Somerset. Ironically, in view of my previous comment about them, Exmoor Ales are also based in the town, in an outbuilding of the former William Hancock’s brewery, which closed in 1959.

Cotleigh’s original owner Ted Bishop, was succeeded in the early 80's by John and Jenny Aries, a husband and wife team, who built upon the brewery's success. The brewery expanded in 1985 in order to fulfil ever-increasing demand, and in 2009 celebrated 30 years of brewing excellence. It is now owned by  Stephen Heptinstall. Most of the beers are named after birds, primarily birds of prey, and these feature on  the distinctive pump-clips and bottle labels.

So what of the beers and how did my friend acquire them? Well to answer the last question first, my friend’s wife has relations living down in the Exmoor area and on a pre-Christmas trip to the region, he spotted them on sale at a local farmer’s cooperative. The beers are:

Buzzard and Peregrine are bottle-conditioned; the rest are brewery conditioned, (filtered and pasteurised). I shall enjoy drinking them over the next week or so, and will let you know how they stack up.
Posted by Paul Bailey at 21:56