A Slow Start to Christmas 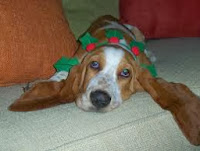 This year’s West Kent CAMRA pre-Christmas social on Friday evening was a bit of a damp squib, certainly when compared to last year. Attendance at that event was well into double figures, whereas this year we didn’t even make a half dozen! A combination of members being away, illness (always a problem at this time of year), and people having to work late, all contributed to the low attendance, but those of us who did brave what became an increasingly windy evening, still had a good time.

For a variety of reasons I was late getting over to Tunbridge Wells myself, and then by the time I’d walked up to the pub hosting the event, the Royal Oak on Prospect Road, it was well after 9pm. I had expected the place to be packed, but instead there was plenty of room, and I found just three members sitting at a table to the rear of the pub. Two others had departed earlier, due to feeling under the weather, so after selecting my pint, the excellent American Pale Ale from Dark Star, I settled down to join them.

After the usual introductory pleasantries, I got stuck into the beer and joined in with the conversation. This touched on many topics; none of them Christmas related, with the most interesting being the thorny issue of Scottish independence. I don’t normally post about political issues on this blog, but as this is one which crosses party boundaries (apart from the SNP, of course); I feel it might be worthy of a small mention. The consensus of our small group was that if the Scots wish to vote for independence and a break up of the Union then so be it. We went further in agreeing that if the referendum was held in England, and asked English voters if they would like to break away from Scotland, the result would be a resounding YES!

Well that’s managed to alienate my Scottish readers, but nothing personal, as we also agreed that most Scots are too canny to be let themselves be swayed by Oily Al’s case for an independent Scotland, that would still keep the Pound Stirling as its currency and rely on the rest of the United kingdom for its defence.

Interesting times lie ahead for sure, but let’s get back to a subject both the English and the Scots can agree on, namely that of good beer. Alongside the Dark Star last night, the Oak also had Larkin’s Traditional, Harvey’s Sussex plus a rather strange choice in that of Cottage Porter. Now I’ve never been much of a fan of Cottage; a company who rank as one of the most prolific “badge-brewers”, churning out dozens of identi-kit beers every year, so I gave their Porter a miss. I’m glad I did as one of my friends had tried a pint before I arrived, and described it as thin and lacking in body. I also fancied something a bit stronger than Larkin’s Traditional. At just 3.4% abv, this beer may well be the ideal lunchtime pint but I wanted something a little stronger. My decision though to stick with the APA was thwarted when the cask ran out, so Harvey’s it had to be.

Harvey’s Sussex Best is always a reliable pint and last night proved no exception. I only had the one pint though, as two of our party left at around 10.30pm in order to catch their bus. My remaining companion and I decided a walk down the hill to the Bedford would be in order. I needed to head that way anyway, in order to catch the train home, whilst Tony I think just fancied going  for something a bit different.

The pub was heaving when we arrived, but we still managed to get a seat. The beer range wasn't quite as extensive as it usually is, but there was still a selection on which would put a lot of pubs to shame. Tony opted for Hog’s Back TEA, whilst I went for Pig & Porter Red Spider Rye (5.5%).  As its name suggests this beer is red in colour and is brewed using a portion of rye malt in the grist. It was also an intensely hopped beer. Pig & Porter brew using the kit and the premises of the former Royal Tunbridge Wells Brewing Co, which closed at the end of last year. They are a small scale brewing and event catering business, set up by a couple of friends to provide beer and food for the worthy citizens of Kent and East Sussex.

We only had the one beer at the Bedford, as I had no wish to miss the last train home. It wasn’t a bad end to the evening, but it was spoiled by one thing which I hope the management of the Bedford will take note of, if they happen to read this blog. THE MUSIC WAS TOO LOUD!! I don’t like having to shout to make myself heard above the din emanating from the pub’s sound system. It was exactly the same last year when we held our pre-Christmas social at the Bedford, and all who attended were in agreement over this. Contrary to the belief of some in the pub trade, loud music does NOT create “atmosphere” in a pub. It may give the impression that everyone is having a good time, but believe you me not being able to converse properly with one’s fellow drinkers is likely to drive decent trade away and attract the wrong type of clientele.

Footnote to the Bedford management:
I really like your pub and what you are doing in supporting local brewers. I also like your new policy of serving food, even though I haven’t tried any of it yet (very remiss of me, I know!). However, I do not enjoy having my ear drums blasted out, and having to shout in order to make myself heard whilst drinking in your pub, so please TURN THE VOLUME DOWN!
Posted by Paul Bailey at 21:32

Steve Finnell: I have posted a beer-related comment on your Christian blog. As Paul has published your comment that isn't related to the theme of his blog, I trust you will - in fairness - allow mine.

Nev, it doesn't look like our bible-loving friend has published your beer-related post on his blog, but thank-you for trying.

I had thought of posting something similar myself, but I think the best thing now is simply to delete his comment. Hopefully this is a "one-off", as I really don't want to resort to comment moderation before accepting comments.

I never expected him to do unto others what he had taken, unbidden, to himself. I expect he has some kind of internet word search that picked up the word "Christmas" in the title of your post and just posted his comment, possibly without looking at what kind of blog it was.