Not Going Out - Part One 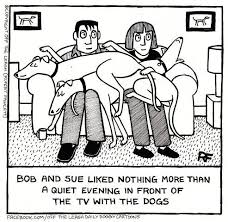 I have written before about how I changed from a regular pub-goer to a rather infrequent one and, following a recent post by Curmudgeon, I’m prompted to write again. Curmudgeon suggests that going to the pub for a drink has become much less socially acceptable over the years. I disagree, as to claim that pub going it is becoming more sociably unacceptable is to suggest that it is an activity that is frowned upon, or is even something which society as a whole does not approve of.

Whilst the latter point may well be the case amongst a small minority of rabid teetotallers I think it is less true than it was 40 years ago when I first started drinking. It was not, for example, an activity which my mother approved, and I would say it is something she still doesn’t much approve of today. Back in my schooldays, I can even remember one teacher, a Methodist lay-preacher no less, describing public houses as “dens of iniquity and inebriation”. Marvellous stuff, and like a throw-back to the height of the Temperance movement in Victorian times!

However, leaving questions of maternal and scholarly approval to one side, I would argue that people have stopped visiting pubs as frequently as they once did, not because it’s socially unacceptable, BUT because it’s either too expensive, or they have other, more important or interesting things to do with their time and their money.

Taking the financial argument, I am convinced that the price of a pint represents a far larger proportion of average take home pay than it did say 20 or 30 years ago. For example, back in the early 1980’s,  I always seemed to have money for a pint whenever I felt like one, whereas now, despite my wages having probably quadrupled, an evening in the pub is an occasional treat rather than an everyday occurrence. Incredible, really; I earn far more than I’ve ever done before and yet I can’t afford to go to the pub with anything like the frequency I once used to. Something is definitely wrong somewhere!

Of course there are other factors to take into consideration.  For a start my mortgage is considerably larger than it was 30 years ago, and there have been other large, inflation-busting increases in things like council tax, gas, water and electricity bills I run a car now, instead of relying on public transport to get around. I am also fortunate to be able to take more holidays, and these of course have to be paid for. All these factors add up to there being less money available for going to the pub.

It seems that whilst living standards have generally risen the price of a pint has risen much higher, and is now proportionally far higher than it has ever been. This is the MAIN reason why so many people, myself included, have stopped going to the pub on a regular basis. In short, WE JUST CAN’T AFFORD IT!
Posted by Paul Bailey at 23:00

With Oakhams Green Devil IPA on in t'Bean at £2.50 pint. You can't afford NOT to go to the pub!

I think you are correct that for some people pubs are more expensive. I am surprised you equate that to your own middle class lifestyle. I think for people on welfare or minimum wage pub drinking is more expensive. When I was at university, a typical vacation/agency job paid £3 an hour gross and a pub pint was around a quid. Step ahead and now minimum wage is around £6 an hour compared to a £3 pint. A reduction of 3 to 2 gross pints earned not taking into account deductions. Most other things are by that scale cheaper. A Big Mac “meal” was £3 back then, £4 now. From 1 gross hour to 40 minutes.

However I have not stayed in low paid employment so the number of pint per hour I can earn has increased, and without boasting by quite a lot, though you are correct to notice I have more other demands on each quid and a trip to the pub is not a priority. That’s growing up.

I think the difference I notice among pub enthusiasts is one of having kids. Pubs are not expensive for the childless. Kids are expensive, child minders expensive and kids rightly come first.

I also think Mudge has a point. I think today if you told you employer that you went to the pub a lot and it was one of your hobbies and interests, he would mark you down as a boozer. I think if you want to get ahead in the corporate world you don’t tell your boss you are a boozer, you keep that to yourself.

Matt, our local Spoons certainly have some good promotions on, and with the 50p discount CAMRA vouchers, offer really good value for money. Have missed out on the Oakham promotion, so far, but the Thornbridge one they ran a couple of months ago was excellent.

Cookie, to a certain extent I was playing devil's advocate with the final comment on the post. I could actually afford to go to the pub more often than I do, but choose not to. However, despite earning a pretty reasonable salary I still don’t think my finances would stretch to the nightly sessions in the pub I enjoyed back in my early twenties! This was the point I was trying to put across, about the price of a pint being proportionally considerably higher in relation to people's take home pay than it was a few decades ago.

You are right about priorities changing as we get older, and these days I prefer to put my hard earned cash to other uses apart from frequent visits to the pub. These uses include home improvements, foreign holidays plus investing money to ensure my retirement, which is now less than a decade away, is not spent in abject poverty.

Pubs for me these days have far less appeal than they once did, so I don’t really miss them. When I do venture out into the world of pub-land, it is normally to somewhere a bit special, and a place where I have arranged to meet up with friends. These factors help make visits far more enjoyable than they would otherwise be.

I am planning a further post on this subject, so watch this space.

Mr. Bailey
I think you are missing the point somewhat. The UK has had an open door policy on immigration, benefits and healthcare for all expenses paid. You pay the expenses. Never for the nevertheless...
VAT is out of control. The taxation UK citizens pay is outrageous. For crying out load A BEDROOM TAX! Many people are so broke they cant even pay attention.
You are being bled dry by the government. Pubs are not the problem
Apathetic citizens are the problem.

I could not agree more about apathetic citizens. Only 28% of Tonbridge voters turned out for the county elections the other week. The rest just sat at home leaving the elderly Daily Mail readers to decide for them.

Anonymous, "Only 28% of Tonbridge voters turned out for the county elections the other week." A sorry state of affairs, which unfortunately is a sad reflection on the UK today. Far too many amongst the general population are more interested in the latest celebrity or football gossip, than what is actually happening in the country.

Voting in elections is compulsory with many of our European neighbours. I have mixed feelings about this; on the one hand I am not in favour of the state coercing its citizens to do things, but on the other hand, people in the past have fought (and sometimes even died), for the right to vote. I'm sure supporters of universal suffrage would be appalled at the widespread apathy, and poor turnout for elections in the UK today.

On the other hand, since 1990 you are now paying for a mobile phone, a computer, broadband access, cable/satellite TV - all costs you didn't have 20+ years ago.

Beer does seem to have shot up recently, a pint of ale/standard lager has gone up by about a quid in the past 5 years alone as far as I can tell. In a time when real wages have fallen for all but the top 1% (no surprise there) that's always going to be a recipe for disaster.

True Martyn, apart from the cable/satellite TV, oh and the computer which was built for me by a work colleague, and is now six years old.