Getting to the Pub 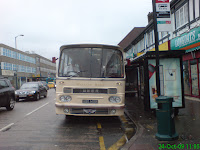 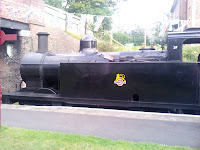 Our local CAMRA branch covers a wide area of West Kent, taking in not only the major towns of Sevenoaks, Tonbridge and Tunbridge Wells, but also smaller ones such as Edenbridge and Westerham. There is a considerable amount of countryside in between,  interspersed with picturesque rural villages and, as might be expected, some attractive country pubs. Covering this rural chunk of the county can be a bit of a logistical nightmare, but during recent years the branch has adopted a policy of holding socials in the easy to reach  towns on weekday evenings, and then at the weekend, (usually during daylight hours), getting out to some of the much less accessible villages.

Despite its largely rural makeup and in spite of  cutbacks to local government subsidies, West Kent does still have a half decent public transport network. It may be fragmented, with a host of different bus companies (both large and small) covering the different routes, but with a bit of forward planning and a bit of additional effort, it is possible to reach most parts of the area and, more importantly, the majority of its pubs without  resorting to the private motor car.

It always amazes me just how lacking in knowledge the majority of the largely car-owning general public are when it comes to using public transport. It seems people have become so used to the convenience, and comfort, of jumping into their vehicles and driving off to wherever it is they want to go. For beer lovers and pub goers alike this simply isn't an option, not unless one wishes to severely curtail ones consumption or just plain stay off the beer altogether. None of us seriously want to follow that option though, which is why as a branch, we have always made as much use as we can of public transport. Our award winning "Gateway to Kent " guide not only includes public transport information for all the rural pubs (providing it is available), but also includes a section at the rear of the guide about getting to the pub, either by train, bus or a combination of the two. For the more energetic there are articles on both walking and cycling, with suggested "refreshment stops" along the way!

In three weeks time we've a Saturday outing, by bus, to a couple of remotely situated pubs we don't normally get out to. I wrote about one of them, the Kentish Horse at Markbeech, here, but we'll also be visiting the isolated Greyhound a Hever, before catching the bus on to Edenbridge where the Good Beer Guide-listed Old Eden, awaits us. Between Christmas and New Year, whilst looking for some possible pubs to visit with a group of friends, I came up with several  possibilities, all involving bus journeys, to different points of the compass. The pubs it was possible to visit by these bus routes, include the Crown at Groombridge and the Dorset Arms, Withyham Bus 291); the Spotted Dog and Bottle House, Smart's Hill, plus the Chafford Arms, Fordcombe (Bus 231); and the Fountain, Cowden (234). Last year we also visited a number of pubs to the north of the branch area, such as the Golding Hop at Plaxtol and the National Inventory-listed Old House at Ightham Common (Bus 222).

Don, who is acting Social Secretary for the branch, and a mine of information about bus travel and the various ticketing options, made a point in his report to our 2012 Branch AGM that many members, as well as the general public, are unaware that public transport IS available to most of our more remote pubs, and spoke of the need to emphasise these options more, together with likely costs, in our publicity for such outings. This lack of knowledge has been brought home to me on a number of occasions by comments posted on this blog. Some people appear incredulous that it is possible to visit most of the rural gems I write about, using either buses or train. One correspondent wasn't even aware that there is a regular train service between Tonbridge and Frant (the Hastings Line), which enables evening visits to the Brecknock Arms, our nearest Harvey's pub.

It is important not only to support our rural pubs by visiting them as often as possible, but also equally important to travel to them using public transport wherever possible. Many of these bus routes operate at a loss, and most are  very under-used. There have been occasions when were it not for us CAMRA members, the bus would have been running empty. I mentioned near the beginning of the article about the importance of subsidies from the local authority, in our case Kent County Council. Most of these rural bus routes rely on subsidies to keep going, At a time when the reins on spending are continually being tightened, the old adage of "use it or lose it! is more appropriate than ever. It would be a tragedy if, through a mixture of apathy and ignorance, we were to lose these rural links. It would certainly make going to the pub a whole lot harder!
Posted by Paul Bailey at 22:07

Surely taking it in turns to be the designated driver and keep within the legal limit is the answer.

I don't mind paying my taxes to subsidise a bus route for the old codgers to get about to the shops and back. But subsidise a load of bearded piss heads on a jolly?

Pay for your own bus.

By their isolated nature these pubs simply do not get the number of drinking punters in to turn their ales over. So in addition to the fact that the majority only serve a poor selection of uninspiring brown and golden ales, they're all in terrible condition anyway. Oh, and in most cases overpriced too!

Curmudgeon, we did try the "designated driver" approach, back in the early days of the branch (I'm talking mid to late 80's here), but the responsibility always seemed to fall onto a small number of individuals. Also, we cover three major centres of population, so unless we rostered drivers for each of these towns, this approach just wouldn't work. Finally, given the fact that a large percentage of our members commute into London, by train, each day, a surprisingly high percentage of them don't even own a car!
Cookie, only two of our regular attendees have beards, but most of them are tax payers like yourself. As local residents we are responsible for subsidising bus services in this part of Kent and not people from other parts of the country.
Matt, how about recommending a few pubs of your own, rather than constantly sniping from the sidelines?

Sussex branches have a regular 'Bus to the Pub' events (Arun & Adur and Brighton/South Downs both have links). These, like your own efforts, have the multiple purposes of getting safely to country pubs, bringing them business, as well as aiding the viability of the bus service.

For the older CAMRA member, the bus also has the useful benefit of being free! Leading to more beer money. Everyone's happy (except contributors above).

Paul, your set up looks a lot more extensive, and professional than ours, which tends to run on a slightly more informal basis. I'm sure we could learn some lessons from you, but it's good to know there are like-minded people about.

Getting the message across, about using public transport to get to the pub, is the important thing, but leaving the serious business aside for one moment, these events are real fun days out.

Apart from The Bedford and Royal Oak in Tun Wells, can't think of any - and that's after visiting nearly every pub listed in the guide you compiled. But I guess it is nice for the old folk to get out and about drinking overpriced 1950's style beer armed with their tartan blankets, luncheon meat sandwiches and tins of travel sweets.
Prob why this disillusioned West Kent CAMRA member jumps on the train and goes to that there London for his beer thrills.

Matt, we (West Kent CAMRA), have a social tomorrow evening (Weds), at the Bedford, starting around 8pm. Why not pop over and say hello? I promise you there will be no luncheon meat sandwiches, tins of travel sweets,(ugh, spoil the taste of the beer!) and definitely no tartan blankets!

Thanks for the invite Paul, but rather ironically, I'll be at the North London CAMRA/London Drinker fest in Kings X tonight :)

Some interesting beers on the list at London Drinker, Matt, but I've always found this festival gets far too crowded for my liking. (A victim of its own success?).