Another Good Night at the Anchor 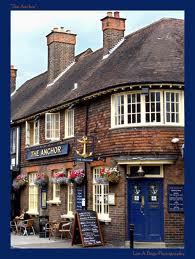 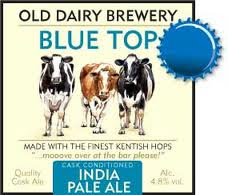 Every year, as part of our busy CAMRA social calender, Barry - the genial, and long-serving landlord of the Anchor in Sevenoaks, lays on a "themed meal" for us to enjoy. Last night it was an Indonesian-themed meal, which was very good, especially the chicken satay. Barry had three beers on tap for us to enjoy; Sovereign from Royal Tunbridge Wells, Copper Top - a seasonal, dark, "autumnal ale" from Old Dairy Brewery, plus that old favourite and "must-stock" beer for most local pubs - Harvey's Best. The Copper Top was especially good on a cold winter's night, such as we experienced yesterday, and went down well with the spicy food.

Prior to the meal, myself, son Matt plus friend Don had called in at the Sennockian (Sevenoak's very own JDW) where they still had a few beers left over from their recent Beer Festival. Unfortunately the Lion Stout was flagged up as "Available Soon" (I wish Spoons wouldn't do that!), but we did get the chance to sample a couple of rather unusual beers; Double Espresso from Traditional Scottish Ales and Vanilla Orchid from Tom Wood's. Both beers were brewed to a strength of 4.8%, but of the two I much preferred the Vanilla Orchid. Neither were really the sort of beers I would normally choose to drink, but sometimes it's good to experiment a bit, and at only £1.49 a pint with our CAMRA vouchers we couldn't really go wrong!

All in all it was a most enjoyable night out, and we even got into double figures (just) attendance wise for the meal! Tomorrow we're back in Sevenoaks for the branch AGM, which promises to be an interesting meeting. There's the, by now, traditional pub-crawl afterwards, and no doubt we'll be calling in at the Anchor, as well as JDW. Hopefully the Lion Stout will be on sale by then; we'll need something strong and dark to keep the cold at bay!
Posted by Paul Bailey at 20:55