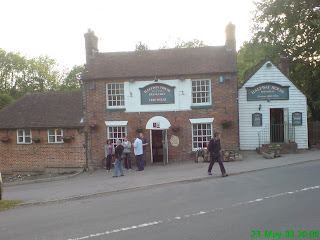 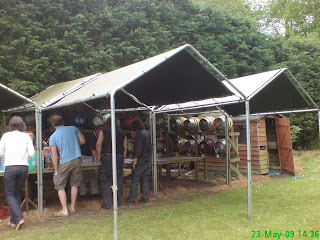 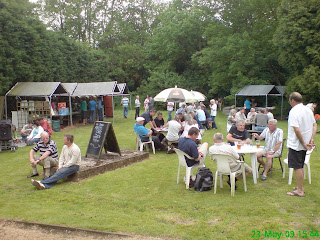 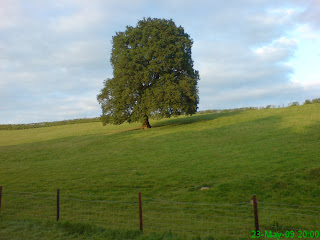 The Halfway House at Brenchley held the first of its twice-yearly beer festivals over the bank holiday weekend. A selection of 50 beers was on offer; some in the pub itself, with the others served from a marquee in the garden. The weather was kind, the setting was superb and the beer and the company were both first class.

I walked over to the pub with a group of friends on the Saturday, and met up with several members of West Kent CAMRA branch. We ended up staying longer than originally planned, primarily because we were waiting for the pub's kitchen to re-open following its afternoon break.

My favourite beer of the festival had to be the superb Thornbridge Jaipur IPA, closely followed by Holden's Golden Glow. After my long anticipated meal of liver and bacon, I ended the session with a glass of Sarah Hughes Dark Ruby Mild. At 6.0% this was a good beer to finish on.

We left the pub around 8pm, walking back to Paddock Wood station across an abandoned golf course, through the slowly fading light. Landlord Richard Allen will be running a further festival over the August Bank Holiday weekend, as he does every year. I should be back from Germany that weekend, so have it in my diary to make it to the beer festival.
Posted by Paul Bailey at 21:50