Another one bites the dust

It's always sad when a brewery closes, and it’s even sadder when the closure is forced upon it by its parent company. I'm sure most readers of this blog will be aware of the imminent closure of Dark Star Brewery, who are based in the West Sussex village of Partridge Green. I don't want to go into the reasons for the closure too much, as they have already been well documented, but what I will say is that the demise of Dark Star follows an all too familiar pattern, that goes like this. 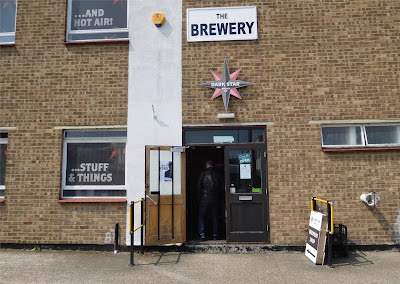 After years of hard slog, and just about getting by, the people who started the brewery, and built the business up, reach a point where the cost of investment in new plant necessary to move the company forward, becomes too much. Then along comes a knight in shining armour in the shape of a much larger brewery, that offers to buy the business, invest in new plant, and claims to have a strategy to grow the current brands. Most importantly, the new owner promises to keep the existing plant open and allows a large degree of autonomy within the new parent company. They also pledge to not tinker with the recipes, and not to compromise quality by using cheaper and probably inferior ingredients. 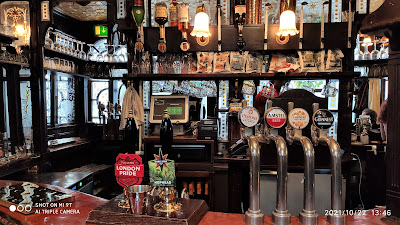 This all happened in February 2018, when Dark Star sold out to London brewer Fuller’s for an undisclosed sum, after being lured into a buyout following promises to invest in the brewery and increase sales of Dark Star brands, such as Hophead, APA, Dark Star Original and Revelation. Fuller’s stated that they saw strong potential for the company’s brands, particularly Hophead, and insisted Dark Star would continue to operate as a standalone business and carry-on brewing at its Partridge Green site. 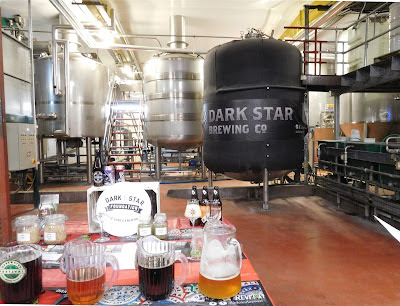 Fuller’s may well have been true to their word, if they hadn’t been bought up themselves by a much larger concern, just under two years since their acquisition of Dark Star. Japanese drinks company Asahi, shocked the brewing world by buying Fuller’s brewing business, including its brands, for £250 million, in January 2019. Asahi of course promised to leave things as they were, and they did for a few years. Then, just a couple of weeks ago, the announcement came that as the Partridge Green was operating significantly below capacity, they sadly have no option but to close it. 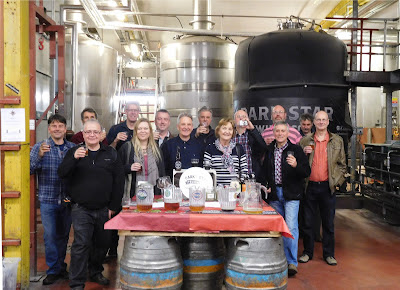 Production of Dark Star beers is to be switched to the Greenwich based Meantime Brewery, which Asahi had acquired back in 2016. This move could prove problematic, as Meantime hasn't brewed any cask beer for decades, but leaving that issue aside, I do wonder whether it’s the Greenwich brewery that is operating well below capacity, and that this is the real reason behind the closure of Dark Star. I raise the capacity issue because, apart from a few beers in Marks and Spencer, it's quite a few years since I last saw any Meantime brands on sale in either the on trade, or the off. 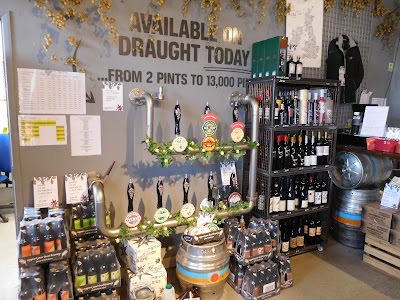 From a personal point of view, I find the closure of Dark Star rather sad, as it is a brewery I have followed from its early days, back to when its beers first acquired cult status. I have also made two visits to the Partridge Green brewery, as a member of West Kent CAMRA. The first visit took place in 2011 more recently in the spring of 2017. On the last visit in particular, I was impressed not just with the setup, but also with the knowledge and enthusiasm of the brewers, plus the other members of staff we met. 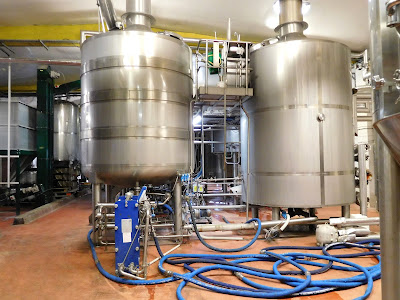 These are the people I feel for, as having experienced redundancy several times, during the course of my career, I know what it’s like to be thrown on the scrapheap through no fault of one’s self. None of us know the real reasons behind the closure, and whilst we can speculate about corporate greed, there’s probably much more to the story than meets the eye. Looking back, it’s interesting to wonder whether the departure of respected head brewer Mark Tranter in 2013, marked some sort of seismic change within the company. 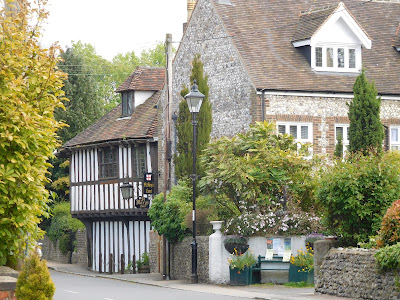 Mark left Dark Star to set up on his own, and Burning Sky, the brewery he founded, seems to have gone from strength to strength, as free from the shackles of a larger company Mark and his team have been able to experiment and explore new possibilities. The statement on Burning Sky’s website, perhaps underlines the difference underlining the philosophies of the two companies and the different paths they were following. “Whilst industrial units are convenient, they seldom inspire, so we chose to locate ourselves within the beautiful and inspirational South Downs, occupying refurbished farm buildings in a slightly quirky village. A true farmhouse brewery.” 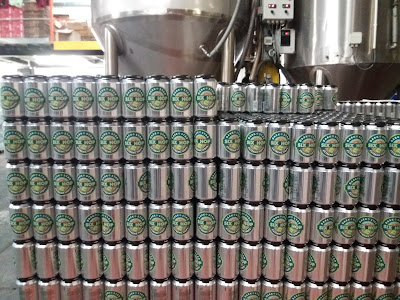 If you want a more detailed analysis, then I suggest you click on the link to this excellent article which appeared on the drinks business website, but the statement from CAMRA National Director, Gillian Hough, sums up the concern felt by many drinkers over what appears to be yet another corporate carve-up.

“Moving the production of Dark Star from the brewery’s home in West Sussex is cause for great sorrow and sadness. Dark Star is a brewery that is close to many CAMRA members’ hearts, and this decision is yet another example of global brewers playing chess with their assets.”

“Years of consolidation of large parts of the brewing industry into the hands of a few global players has been to the detriment of our brewing heritage. This worrying trend of further domination of global brewers is putting choice at the bar and the diversity of British beer at risk – and needs constant monitoring by the UK’s Competition authorities.”

Dark Star's original home is not West Sussex but Pitfield Street near the Old Street roundabout in London. The beer was brewed in other places before Rob Jones, whom I think devised the original recipe, started brewing in the cellar of the Evening Star in Brighton and named his brewery 'Dark Star'. Before Partridge Green it was at Ansty in Mid Sussex.

I think that only selling half of production capacity should raise questions in any management team and especially in brewing given the high fixed costs. It would be interesting to know what efforts Fullers made to resolve the situation given that they could not have expected the impact of the government reaction (some say 'panic') to COVID. CAMRA also needs to be more aware of commercial realities - the competition authorities cannot force unprofitable businesses to be kept open and nor should shareholders be expected to pay.

Incidentally the Asahi head office in Tokyo is graced by a large sculpture known as the Golden Turd.

Hi Ian, although not glaringly obvious from the post, if you click on the link in the text, where it says "Partridge Green brewery,"it will take you back to the article that I wrote in 2017, about the CAMRA visit to the brewery. It does mention Rob Jones's involvement at both Pitfield Street, and the Evening Star, in Brighton, as well as the origin of the Dark Star name.

I wasn't aware that Partridge Green was only operating at half capacity, but this could be due to much of Dark Star's production being switched to Chiswick. The whole episode does call into question the decision made by Dark Star's owners in 2018, to accept that offer from Fuller's, but as it was for an undisclosed sum, we can safely assume it made them very rich.

Hophead has been brewed at Chiswick for years anyway, and moving production of all the Dark Star beers including Hophead, to Meantime is releasing capacity to brew Asahi lager at Chiswick, instead of having it contract brewed by Cameron's as it is currently.

I've never cared about "provenance" much, they could brew Bass in Wolverhampton and I wouldn't care. I only worry about the quality of the beer in the pint glass.

Hophead was one of the most well-regarded of all beers a decade or less ago, but like Bass or 6X or Landlord its reputation seemed to slip through over-familiarity and sentiment against beers being brewed by big companies.

I don't see it very often, but the occasional pint has still been exceptional.

AdeBrewBeer, I'm presuming people must drink Asahi lager, and in some volume, although I've rarely, if ever, witnessed anyone ordering a pint at the bar.

The company does brew a particularly fine dark lager, in their native Japan, as I discovered 10 years ago, on a business trip to the country, but I wouldn't say the brand commands the same respect, especially from younger drinkers, as Moretti or Madri.

Martin, apart from in a Fuller's tied house, I can't remember the last time I saw Hophead on sale.

Asahi's top-selling beer in Japan is Asahi Super Dry. It is often exported to the U.S.A., generally to Asian-orbiting venues.
However, it does brew a number of beers with quality. The bext example of which is Asahi Stout - seen here as served at Dry Dock Shimbashi in Minato Ward.
For all my trips to Japan, including numerous stays at hostels in Sumida Ward within walking distance of Asahi's corporate headquarters, I have never taken a photograph of the 'golden turd'. Oh well...
Did Asahi's takeover of Fuller's get notice in U.K. media? I do not recall hearing about this. Compared to when Larry Bell sold Bell's Brewery to a division of Kirin: That was reported World-Wide. [As well; did Asahi submit an offer to Larry Bell?]