When you're dying for a pint, but Doom Bar is the only cask available 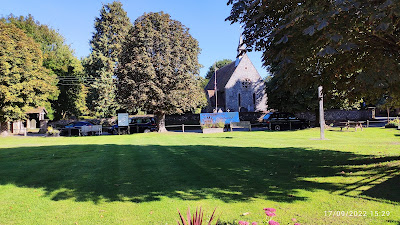 There are times when you just want a beer, regardless of what it is, or who brews if. You’ve been keeping yourself busy and working hard or, as in my case, been out for lengthy country walk in the autumn sunshine, along a stretch of the North Downs Way. 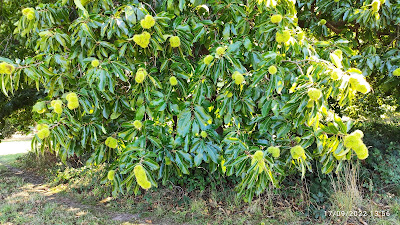 Three o’clock on a Saturday afternoon was such a time when, having walked from Shepherdswell station to Waldershare House, and then back to Shepherdswell village green, I was gagging for a pint. I was also in a hurry, because I had a train to catch, and as services back to Dover, and then home, were only hourly, time was of the essence. 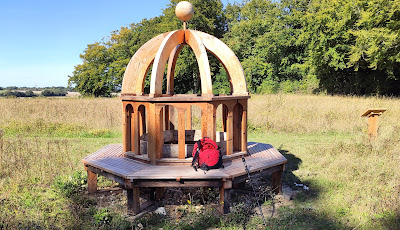 For some reason, I was convinced there were no pubs remaining in Shepherdswell, an assumption that wasn’t entirely without foundation, thanks to What Pub. This normally reliable source has no pubs listed in the village, and it was only after a quick peep on my phone, when I stopped to eat my sandwiches, and take a much-needed break, that I discovered that What Pub isn’t always infallible. 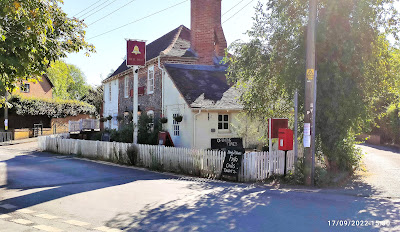 The spot chosen for my lunchtime break was less than a mile away from the small settlement of Coldred, and for this reason I’d been checking on the Carpenter’s Arms - an unspoilt pub of some repute. I had only been to the Carpenter’s once before, and seeing as I was close by, it would have been remiss not to have made a return visit. Unfortunately, and as is often the wont with “unspoiled pubs,” the Carpenter’s has limited hours of trading and, even on a Saturday, doesn’t open its doors until 5pm. 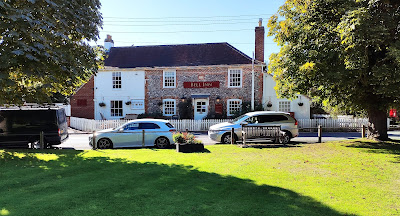 It was then that I came across the Bell Inn, also listed under Coldred, although a glance at the map indicates the pub is well and truly in Shepherdswell, which is a much larger settlement. So, the village wasn’t pub-less after all, but what on earth is What Pub playing at, and why hasn’t the local CAMRA branch corrected this obvious error? 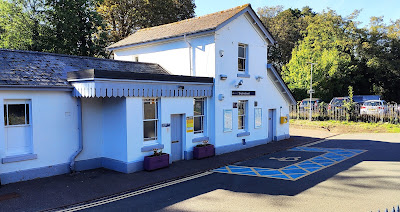 The next question was where exactly was the pub, and would I be able to locate it on my way back to Shepherdswell station? What Pub has the Bell located in Church Hill, overlooking the green so the presence of a church was the obvious clue as to its whereabouts, but it wasn’t that obvious. This was because on my outward journey from the station, I had followed the route of the NDW, but once back in the village I’d be able to return along the road, which was shorter and more direct. 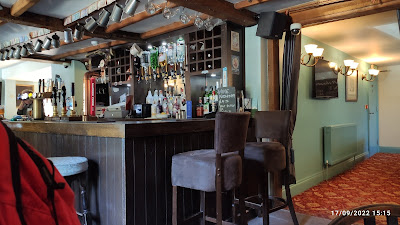 I noticed the church, as I emerged from the footpath, so stopped to ask a couple, out walking their dog, as to the whereabouts of the Bell. Just there, across the green, was the reply, and turning to my left I could indeed see the Bell Inn, a charming, flint building, on the opposite side. I thanked this couple, and hurriedly made my way across the green, as hinted at previously, I was dying for a pint. 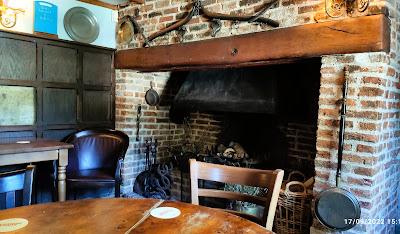 I made my way inside, and found a small group of mainly male drinkers, gathered in front of the bar. I quickly looked back and forth along the counter, disappointed that Doom Bar appeared o be the sole cask offering. It looked as if London Pride had also been on sale, but with the pump clip turned around, it would have to be "Cornwall’s finest."

Actually, that should read Burton’s finest, because for many years now, Sharp’s brewery, in Rock Cornwall, has not possessed the capacity necessary to turn out the volumes associated with Britain’s best-selling cask ale. This position goes hand in glove with the acquisition of Sharp’s, by global giant, Molson Coors, who turned Doom Bar into the national brand it is today, but in doing so the new owners invariably cut corners and dumbed what had once been a characterful and enjoyable beer into blandness personified. 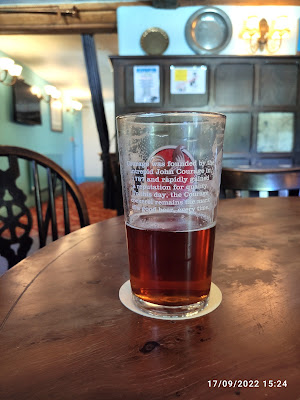 Determined not to let my prejudices cloud my appreciation of what would almost certainly be my only pint of the afternoon, I placed my order, although not without first asking whether the Pride might be on. It wasn’t, but the landlady assured me the Doom Bar was fresh on. I paid for my pint, £4.70, and then sat myself down at a table overlooking the large open fireplace, to the right of the bar. The landlady was right about the beer being in good condition, but you can’t make a silk purse out of a sow’s ear, and whilst my drink was refreshing, and definitely needed after a long walk, it was definitely lacking something, and a few more hops would have been a good start.

Rather puzzlingly, it was served in a Courage glass, but that’s an aside really, as everything else about the Bell, ticked all the right boxes. A lively and attractive village local, in a picturesque location, that seemed to enjoy the support of the local community, and for a weary and thirsty traveller like me, a most welcome stop on my way back to the station.

But, if it didn't, did you use the 'Seen some incorrect or missing details? Fill in the feedback form to submit your updates.' function to report it?

Good point, Richard. I shall do that later this afternoon. 👍

Latest news that Molson Coors are to close the National Brewing Museum in Burton makes the idea of drinking Doom Bar even less appealling.

Agreed Andy, and shame on them!

The story I read was Molson Coors have earmarked the building(s) currently occupied by the Museum, for use as their corporate UK head quarters. This is because they are selling their current office building, which is also in Burton, for redevelopment.

I very much doubt MC are aware of the various battles, fought over the years, to establish, and maintain the NBM in Burton, but they probably don't care anyway. After all, what's a bit of history when you're a multi-national, brewing behemoth!

What on earth has the closure of a brewery museum in Burton (disappointing as that is) got to do with a cask beer produced in Cornwall ?

Hi Martin, Molson Coors own the Doom Bar brand, irrespective of where it is brewed, and what form it is packaged as (bottle, can or cask). The same company are also custodians of the National Brewery Museum – a facility they now want to close. This is because having sold off their UK head office in Burton, Molson Coors now want to house their admin department in the building currently occupied by the museum.