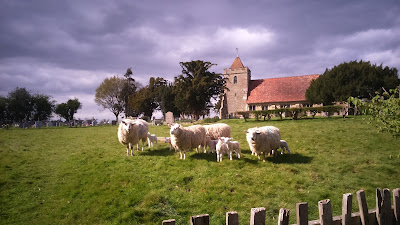 Another short, non-beer related post for your entertainment on these dark, early spring evenings, where thankfully the days are starting to lengthen. It happens every year, but it’s still a pleasant surprise when it does. I’m talking of course about the luxury of driving home from work in daylight, rather than picking my way along the country lanes in the darkness.

Continuing the spring theme for a while longer, the daffodils are now out, joining the snowdrops and crocuses in adding a little colour to a countryside that has still to cast off the dull yoke of winter. Completing the final reference to spring, are the lambs that have arrived in the world, just as the temperatures dipped, and the sunny weather of a week ago, gave way to cold north-easterly winds, overcast skies and the odd shower. 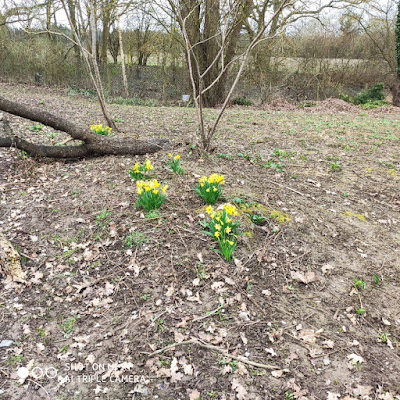 Last December, I wrote about the new desk-top computer that I’d purchased and that whilst I was pleased with it, I was disappointed there was no CD/DVD drive fitted to the base unit. I wrote about this omission at the time, asking why manufacturers saw fit to remove what, for many people, is a useful feature of a computer, especially if, like me, you like listening to the odd piece of music whilst typing or surfing the net.

It turns out that omitting the CD Drive from modern computers, is quite common, and whilst I can perhaps understand not fitting one to a laptop – where space is often extremely tight, there’s no excuse for leaving this feature out from a desktop.  As one commentator pointed out, it’s rather like not supplying new cars with a spare wheel! 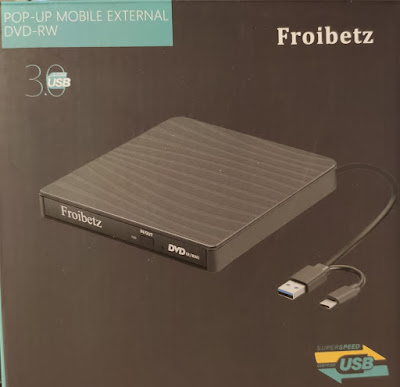 All was not lost though, as last week I splashed out on an external CD/Drive, which fits the bill in every respect – apart from the single power lead/connector being too short! The latter point is because these external drives are primarily designed for laptops where space IS a problem, unlike desktops. They are also light and compact – a feature that makes them portable.

So far so good, and for just under 24 quid, I now have the facility attached to my PC, to listen to music and watch DVD’s and seeing as Mrs PBT’s seems to have a monopoly on our main TV and DVD player, I’ve a lot of catching up to do. One particular DVD I watched the other night was the Beatles 1967 classic, Magical Mystery Tour. 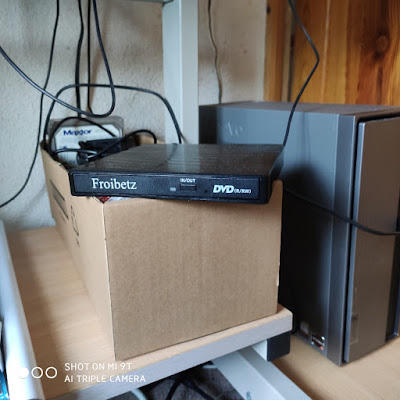 This was the first time I’d seen the film in its entirety, and the first time I’d viewed it in colour, since its Boxing Day airing, on BBC1, 53 years ago. It was slated at the time, by critics and the public alike – the latter included my father who described it in his usual blunt manner, as “A load of old codswallop.”

As a 12-year-old schoolboy, I too found it both strange and somewhat disjointed, but half a century on my opinion has changed. Yes, it is on the surreal side, but then there’s supposed to be some “magic” about it – the clue is in the title, after all!  Viewed in colour, instead of monochrome, I thoroughly enjoyed it, and feel that not only has it stood the test of time, if anything its surreal and off-beat theme, was rather advanced for the  age in which it was created. 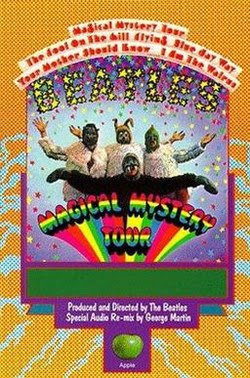 If anything, the film reminded me of the Only Fools and Horses classic “The Jolly Boys Outing.” The basic premise was the same; a coach trip with a group of disparate passengers, all boarding a bus for a fun day out. The same clichés are there – the crates of brown ale, swigged out of the bottle, accompanied by the inevitable semi-drunken sing along.

Originally shot on 16mm film the production has been restored and transferred digitally onto DVD, with some additional background information, including Interviews with the two surviving members of the band. Ringo Starr said that coach trips were a regular feature of growing up in 1950’s Liverpool, allowing working class families the chance of escape from the bleakness of the city.

Paul McCartney admitted that whilst there was a basic plot, much of the film was ad hoc. Advanced arrangements for both cast and crew. Were minimal, and in the main they just turned up, and allowed the camera to role. This anarchic chaos was described by the two women who ran the Beatles Fan Club, back in the sixties, who were invited along on the bus as extras. 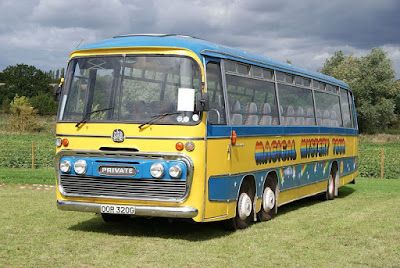 Apart from some scenes filmed in the West Country, primarily at Newquay, the bulk of the filming took place at RAF West Malling, a decommissioned military airfield,  just a few miles up the road from here. The car and bus racing scenes were all filmed here, and the concrete "blast walls" formed the background for the group performing “I am the Walrus.”  One of the large hangers was converted into an indoor studio, and was used for the scene where the Beatles, dressed in their white tuxedos, descend a large staircase into a massed assembly of ballroom dancers, whilst singing “Your Mother Should Know.” 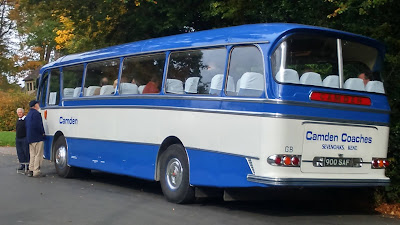 All in all, Magical Mystery Tour is a good time film, and you can see the four Beatles clearly enjoying themselves and their roles in this slightly maniacal production. There are certainly no signs of the strains of the competing egos, and petty jealousies that were to tear the group apart, just a few years later.

Anyway, apologies for this indulgence on my part, but it’s good now and then to take a look back to time when life was simpler and more relaxed. If you like the Beatles or, like me, remember them from their heyday, back in the day, give the film another look. The same applies if you want to catch a glimpse of a long-vanished England.

Have you really seen baby lambs already, or is that artistic licence Paul ?

I don't know if it's an age thing but I definitely find The Beatles artists I admire rather than love, and I never play their records but can see the craft.

CD? Music? My car has a 6 CD changer thing but it also has Spotify which I have a subscription to. Millions of tracks, on any device, anywhere, anytime. Especially good for discovering new bands and music. Worth a look.

Martin, I've seen quite a few lambs whilst out on my lunchtime walks, as well as on my drive into work. The weather is probably a touch milder here, down in the soft south, which might explain their absence from those Sheffield hills you've been exploring recently.

The photo of the lambs and their mothers, that headed up the post, was taken several years ago, whilst out on a walk with some friends, to the Dovecote pub at Capel. Remember walks to the pub?

Almost certainly an age thing with the Beatles, as their music was both innovative and ground-breaking at the time. I rarely play their music though, as the albums of theirs that I have, are all on vinyl and I've got an issue with my hi-fi system - dodgy internal connections on my Celestion Ditton speakers!

electricpics, my car also has a 6 CD changer, and it is in the car that I listen to most of my CD's.

My new computer came with Spotify pre-installed, but it's the basic programme which means you can't download music and, like YouTube, it suffers from annoying adverts, that pop up just when you don't want them.

I'm tempted to take out a subscription, especially if it does cover all devices.

Paul, I have Spotify in my car, on my phone, ipad, desktop PC and even an app on my smart TV which is plumbed into my hifi. Accessible anywhere. Streaming quality at max is MP3 standard so not audiophile standard, but good enough for my ears. Cheer, Adrian.

electricpics, I’m tempted but am looking to change my car later this year. If I get a vehicle that is capable of connecting to Spotify, then I will take out a subscription.

Thanks for the heads-up on this.