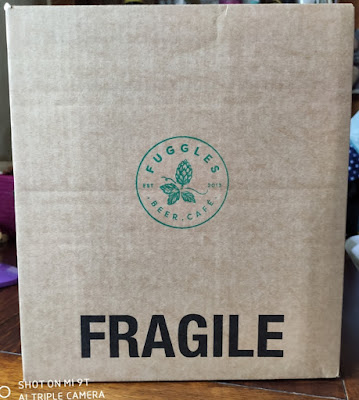 Last Friday I received my first box of beers from FUGSCLUB – a monthly beer subscription service that features 12 beers each month, complete with tasting notes and occasional extra goodies. As its name suggests the scheme is run by Fuggles, the independent craft beer café and bottle shop, with outlets in Tunbridge Wells and Tonbridge.

Founded, initially in Tunbridge Wells, back in 2013, by local beer enthusiast and experienced licensee Alex Grieg, Fuggles has since gone from strength to strength, with the opening of a second pub in Tonbridge, five years later. Rather than repeating what is written elsewhere, this piece which featured in the Morning Advertiser, tells you all you need to know about Alex and his two excellent beer cafés. 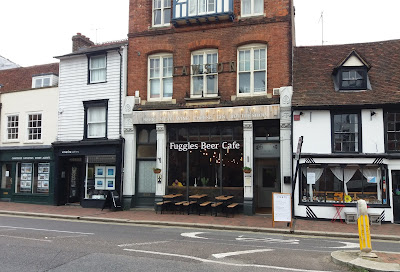 Like other local pubs and bars, Fuggles has been forced to close because of the global, Coronavirus pandemic, and whilst the two pubs did briefly re-open late last summer and into autumn, the second national lockdown put a stop to that. For a short time in early December, both outlets operated as off-licenses, allowing customers to purchase a wide range of British and European bottled and canned beers, but following Kent being placed in Tier Three, even that limited window of opportunity was sadly forced to close.

Deprived by a mean-hearted government of offering, even a click-and-collect operation, Fuggles switched instead to a home delivery service, and it was from the latter that the idea of FUGSCLUB was born. Expanding on the monthly specials, and recommended choices, featured on the website, the club does the choosing for you, which is great for lazy buggers like me. 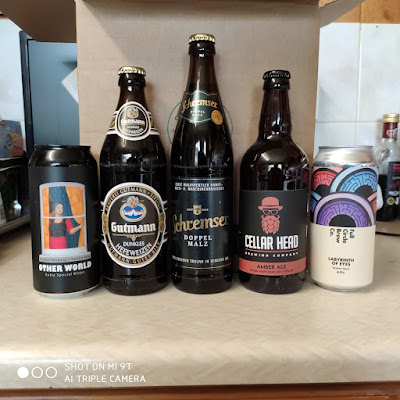 Each month Fuggles select a different set of beers and deliver them to your home. 12 different beers featuring some favourites, some classics and some new breweries showcasing the best in beer each month from the UK and beyond. They aim to deliver the first box within 5 days, and after that the subscription will automatically fall on or around the 15th of each month and be delivered shortly after.

The first box includes a Fuggles glass, which Mrs PBT’s has already laid claim to. Signing up also offers exclusive access to the Fuggles members discount area, with exclusive discounts on that month’s beers alongside other special offers.

There are five boxes to choose from, each complete with its own set of tasting notes: 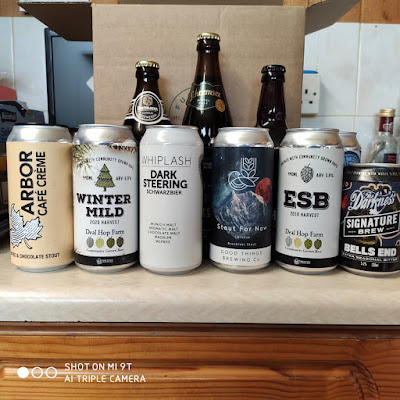 Pale/IPA box - a selection of 12 fantastic hop forward beers from the UK & beyond - a great mix of session pales through to juicy IPA’s.

European styles - a showcase of classic European styles (from Lagers to Wheat beers, Bocks, Blondes, Dubbels, Saisons and back round again!) alongside some modern interpretations from around the world (at times this box may contain 9 beers & one bigger sharing bottle)

Dealer’s Choice - a showcase of some of Fuggles' favourite beers encompassing all styles from all places, occasional classics and pub favourites. A real beer lovers box featuring pales, lagers, Belgian and German classics, the odd sour/fruit beer, stouts and dark beers alongside the occasional cider. (At times this box may contain 9 beers & one bigger sharing bottle) 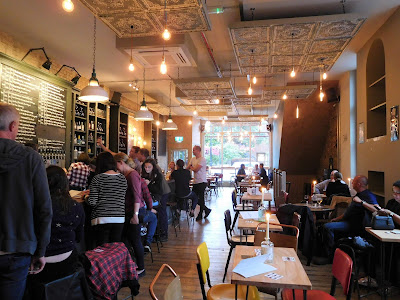 Bitters/Traditional Beer Styles - One for anyone who loves a pint of Cask beer - Fuggles' selection of the best bitters, golden, mild, stouts and porters, but in bottle/can format.

I opted for the dark beers box, and the selection I received certainly doesn’t’ disappoint. Fuggles emphasise that subscribers are supporting local, and they support local too, whether that’s businesses or employing local people. They rightly claim that it's really important, especially right now! 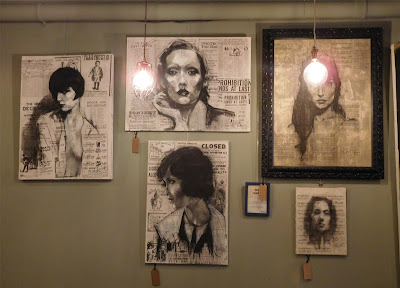 Fuggles work with independent breweries who have the same ethos and values as themselves., and also vow they won't try to shift average beer to punters. Every box contains beers they’d sell and drink themselves across a broad range of styles.

Apologies if this all sounds rather too much of a love-in, but for me this is a great way to be supporting a local business, whilst at the same time stocking up with a fantastic selection of different beers. Also, don’t get the idea that I’m not supporting local pubs, because as an added incentive, people like me taking out a subscription in March, get a £15 voucher to spend in the two pubs when they’re back open.

Finally, I rather foolishly mislaid the description and tasting notes that came with my first box, but the photos displayed on this post, should give an idea of the excellent election of dark beers I received.

I’m embracing Craft more and more Adrian, although I’ve never been totally averse to it. Cask has understandably been a disappointment during lock-down, as it never really lends itself to takeaway. Whether pulled from the pumps, or drawn straight from the cask, the beer is often flat and totally lifeless.

I am intending to write an article along these lines, at some stage, but until someone comes up with better storage solutions than milk containers and those 4-pint “Carry Kegs” with the ridiculous vent caps on top, cask is never going to be as fresh and well-conditioned at home, as it is in the pub.

The best solution I’ve seen are 5L mini kegs. They’ll keep cask well preserved until they’re opened, but it’s important that when they’re filled air - oxygen - in the can needs to be purged with CO2 first and that they’re filled carefully so there’s as little aeration as possible.

That said, even unpasteurised keg beers last much longer in 5L kegs than cask, as long as they’re filled as clinically as cans. I’ve currently got 5L of Full Circle Saturn V Rising DIPA in the beer fridge. 8.5% and it’ll last for ages as it was filled on a dedicated machine.

I’ve enjoyed several five litre mini-kegs over the course of the various lock-downs, and agree they are probably the best way of replicating the cask beer, pub experience in the comfort of one’s own home. I wonder how many small/micro-breweries carry out a CO2 purge, prior to filling, though?

Their main drawback is you have to be in the right mood to be drinking the same beer over several days. This is where a good selection of interesting craft beers, providing variety, and catering for changes of mood, comes into its own.