These boots were made for walking! 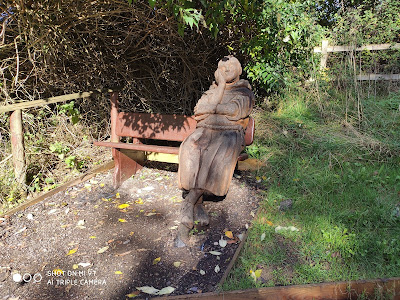 I experienced a couple of mishaps during the course of my NDW walk the other week. The first was annoying, rather than anything else, but the second could have been far more serious, although thankfully what had occurred didn’t become evident until after I arrived home.

The first of these instances involved the strap of my Smartwatch becoming detached. It occurred after I’d stopped for a brief halt, to take on some water and get rid of excess – a comfort break as the Americans would say, and fortunately there was an adjacent barn for me to nip behind and answer the call of nature. 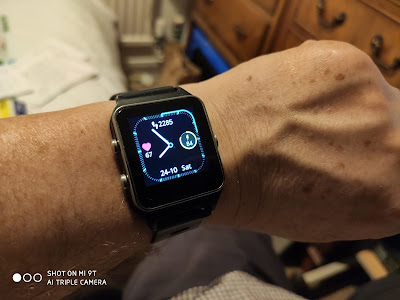 It was whilst heaving my rucksack back over my shoulders, that my watch snagged on the strap of my backpack. The watch went flying, leaving the two halves of the strap dangling from my wrist. Fortunately, it was relatively easy to re-attach the strap, although I didn’t discover this until I arrived home.

I wouldn’t have been able to make the repair whilst out on the trail, as I didn’t have the necessary implement with me, so I shoved the constituent parts into my pocket and carried on with the walk. The main annoyance was the frustration of not being able to track the mileage I’d walked or record the number of steps taken to reach this target. 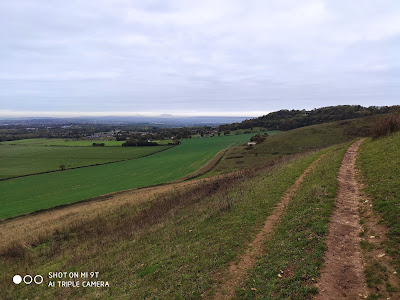 l things I know, but tracking one’s mileage not only provides evidence of one’s progress (I know I could have seen this from the map, but it’s not quite the same), but it also inspires one to carry on until the next stop and the eventual end of the particular section.

The second mishap concerned my walking boots, and this was potentially the far more serious incident of the two. I only noticed the problem when I attempted to clean my boots, a couple of days after arriving home.  The sole of the left boot had become loose at the heel, and around the instep, with a serious risk of it becoming detached altogether. I think the mud my boots had picked up, was helping to hold the sole on, which is why I hadn’t noticed it before. 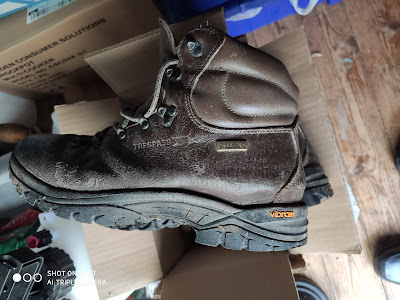 of the right boot was also starting to peel away from the upper, so all in all I was fortunate that neither came apart on the walk. My boots are over ten years old and are well-used, so this type of deterioration is to be expected, but one or two sharp minded readers might remember me experiencing a similar problem at the end of August, whilst walking with a group of friends, over to Eridge.

I mentioned this incident here, writing that a hair band provided by my friend’s wife, saved the day. I subsequently had both boots repaired, but High Street chain, Timpson’s haven’t exactly covered themselves in glory with a fix that only gave me three additional days’ walking. 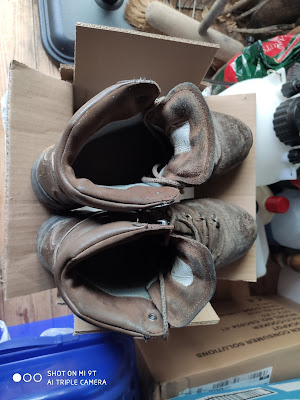 I could of course, take them back, but I can only find the card receipt and to be honest, I’m loathed to risk their standard of workmanship a second time. Instead, it’s time to shop around for a replacement pair, particularly considering my current pair have lasted ten years.

They were made by outdoor clothing and footwear company "Trespass", and came complete with comfortable leather uppers, cushioning around the ankles and durable Vibram rubber soles. I’m tempted to stick with this brand, and similar combination (leather upper, Vibram lower), whilst remaining open to other options.

As with many things in life, there appears to be far too much choice available, so making a decision won’t be easy. But with winter fast approaching, and increasingly wet and muddy conditions underfoot, I will need to decide sooner, rather than later, especially if I want to complete the North Downs Way.

I would therefore be interested to hear from any keen walkers, who might be reading this piece, as to what their recommendations for a decent, durable and above all comfortable walking boots would be.

Fascinating detail. I like that watch, might treat myself. But then I'd have to go in shops as I won't touch Amazon. Problems, problems.

From memory, the watch (HolyHigh), cost around £70. I chose that particular brand, as GPS was included; a feature that normally only comes with the more upmarket and expensive brands, such as Fit Bit, Garmin and Apple.

I did purchase it online, but not directly from Mr Bezos. Local shops though, definitely need our support, particularly at the moment, but it depends a lot on what's available. Eileen and I called into Sevenoaks PC World today, and there wasn't much stock out on display. We both had the feeling that store staff were encouraging shoppers to buy online instead - don't they realise they are doing themselves out of a job!

I certainly won't be buying a new pair of boots online either, as I at least want to see and physically handle them. I'm not sure if trying them on is allowed, but transmission of Corona-virus, even through a pair of sweaty socks, must be negligible or even non-existent!

We swear by Meindl walking boots-a bit pricier than some, but they last and last. Got 'em at Cotswold Outdoor in T Wells, good fitting advice, but that was pre-Covid. I did buy Elizabeth a replacement pair online,(no problem) but I doubt if I would risk it myself.

Thanks for the recommendation, David. I came across Meindl whilst looking for boots with stitched soles, as to me this traditional method of attachment, still seemed more reliable than welding/gluing. Your endorsement of the longevity of the company’s footwear, bears this out their quality but, as you say, their boots are on the pricey side.

Amongst others, I checked out a pair of Brasher boots at the weekend, and I know this company also have a good reputation. I will add them to my list for further evaluation.

Given the downturn in the weather, and the promise from my wife to buy a new pair of boots as a Christmas present, I am not in a huge rush to replace my current ones, at the moment. However, it is always good to receive positive reviews from those who have tried and tested a product, so thank you again for your feedback.