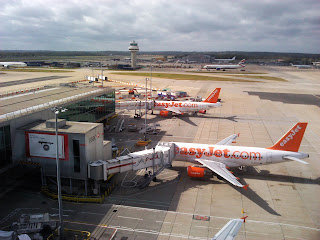 It was interesting to see the latest Coronavirus-related advice from the Department for Transport regarding hand luggage when taking a flight. The department claims that travelling without cabin baggage makes it quicker to get on and off the aircraft, reducing the chance of transmitting the virus. “You are strongly encouraged to check in baggage to the aircraft hold and minimise any hand baggage. This will speed up boarding and disembarking and minimise the risk of transmission.”

Cabin baggage has become something of a hot potato in recent times, even before the current Corona pandemic. It’s a subject I’ve got my own views on as well, even though I’m unlikely to be flying anywhere at the moment. 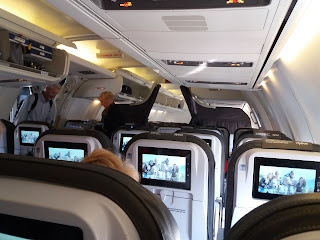 When I started taking regular commercial flights, some 15 years or so ago, the term "hand baggage" normally referred to the small “carry-on” bag taken onto the aircraft by passengers. Typically, the bag would contain items needed on the flight such as medication, make-up, reading material or possessions of high value that the owner wanted to keep a close eye on.


I also seem to recall that checked baggage – the heavier and bulkier suitcases etc that were carried in the aircraft hold, travelled free. It was the advent of the budget airlines which turned the whole concept of baggage on its head.

Because they charged such low costs for the flights, they attempted to claw back money from elsewhere and started charging passengers a fee for hold baggage. Canny flyers cottoned onto this and switched to travelling light, with just a small suitcase of rucksack Unfortunately, many of the established major airlines, followed the lead of their low-cost competitors, by cutting the cost of fares, whilst re-cooping some of their costs by charging for checked baggage. 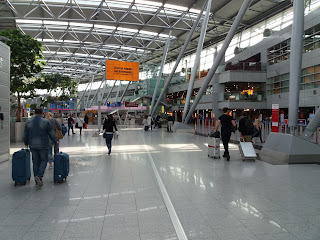 Now I fully agree that travelling light i.e., with cabin baggage only, has its advantages, especially as it avoids the whole time-consuming baggage check-in and reclaim processes. There is something liberating in turning up at the airport, having checked in previously at home, as most airlines now insist, then going straight through security and into departures.


It’s even easier, once you reach your destination, as it’s off the plane, straight through border control and customs and out into the arrival’s hall. No hanging about waiting in the baggage reclaim area and wondering whether your bag is going to appear on the carousel.

The downside to flying with just hand-baggage is the world and his wife is doing the same, and the onboard, over-head lockers do not have the capacity to cope with the demand. Not only that, but people have started to take the p*ss by turning up with cases that are obviously too large, safe in the knowledge that hard-pressed airport staff rarely challenge them to try fitting their over-sized bags into one of the gauges provided. 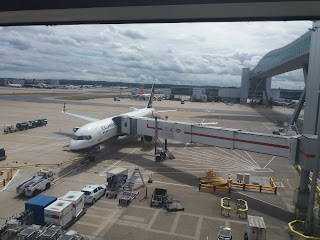 I’ve often seen many a poor slip of a stewardess, struggling to lift, and then force one of these cases into the locker, so it’s poetic justice when one of these tight-wadded passengers does get challenged at the gate. “That bag is too large to fit in the lockers sir; it will have to travel in the hold. That will be £50, please.” Serves them right!

Leaving aside current, potential virus issues, the Department of Transport are right about checked baggage speeding up boarding and disembarking, but only because these selfish numpties insist on trying their luck. 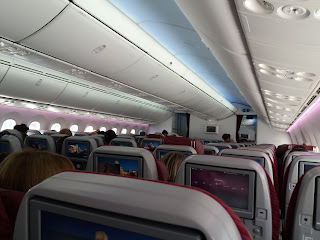 There are also other issues at stake, whatever your feelings about hand baggage. Passengers, understandably, may want to have more of their possessions to hand during the flight. They might also want to avoid the risk of having their checked baggage lost or damaged (it happens), but on the other hand, financial incentives and safety concerns (including take-off weight limitations), have caused airlines to impose limits on how much, and what, passengers can take into the aircraft cabin.


With regard to safety, there are unbelievable stories of passengers struggling to retrieve bags from the overhead lockers when having to evacuate the aircraft in real life emergency situations. Imagine your life depending on getting off that plane as quickly as possible, only to find your exit route blocked by some ignoramus struggling to extract their bag. Perhaps they should also stop to put their coat on, and brush their hair, whilst they’re about it? 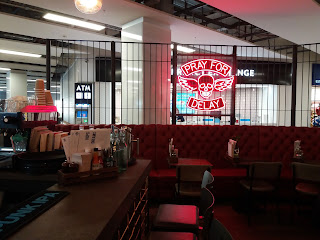 Time to step back for a moment, as fortunately such emergencies are relatively rare, although I have sometimes wondered just how quickly a full aircraft can be evacuated. I’m also unlikely to be flying off anywhere, in the immediate future, whether it’s for pleasure or for business. I imagine that return flight I took to Edinburgh, at the beginning of January, will be my only time in the air, this year.

Whatever happens in the next few months, the vexed subject of hand baggage will be one which will continue to impact both airlines and passengers, but unless the former begin enforcing the rules rather more strictly than at present, we are going to see a lot more cabin crew off work, with bad backs, hernias or worse.

I've had a few formatting issues with this post, which I'm sure the observant amongst you will notice. This is primarily due to the new-look "enhanced " blogger layout. Time for a re-think!

I've always observed the size and weight limits for hand baggage, and still managed to pack all that I needed for work trips, luckily. There was nearly always someone in the team whose checked-in stuff ended up at a different destination though, and it's that fact which has made me really quite averse to the idea.

Mrs RM and I had got hand luggage down to an art. One bag, under the next seat not in the locker, even for trips to America.

I think we'd made up our minds that we weren't going on planes any more before Covid anyway; fuss at airports, bent knees, eco concerns etc etc, and this change confirms our feelings.

Never say never Etu so, as I don’t want to tempt fate, I won’t say I’ve never had trouble with checked bags. I know plenty of people who have though, the best one being my absolute d*ickhead of an ex-brother-in-law. This disaster-prone individual picked up someone else’s suitcase off the carousel at Stansted airport, and only realised his mistake when he arrived home in Dereham that evening.

This is yet another reason why I follow Mrs PBT’s advice to tie a piece of ribbon to the handle, or add some butterfly stickers to the case – anything to make it easily identifiable.

Martin, a friend of mine uses the same trick as you and Mrs RM, for trips to Oz, home of his long-distance girlfriend. Unfortunately, I can’t see Eileen being that disciplined, as travelling light has never been her thing. Having said that she hasn’t flown since before her hospitalisation, two and a half years ago.

Whilst I admire your eco credentials, and share your dislike of the “herding” that goes on at airports, I still enjoy flying. In addition although I also enjoy train travel and see it as more environmentally friendly, with a limited amount of annual leave, I prefer to spend time at my chosen destination, rather than travelling.
We will have to wait and see how the current situation pans out.

ps. Managed to sort out most of the formatting issues, but still a lot of messing around.

Good point about the benfits of flight v rail. Seeing some Brits having to wear masks for nearly 3 hours on reopened flights to Spain hasn't inspired me !

Hand baggage for me is the opportunity to keep the more valuable items - cameras and lenses - away from baggage handling, despite having a couple of very secure Peli cases. Putting more in the hold is a thieves charter.

I had a doctor's appointment afternoon Martin, which necessitated having to wear a face mask. Five minutes in the waiting room, followed by a five minute consultation was more than enough, and I was glad to take the damn thing off when I left the surgery.

Masks are obligatory on trains as well, so there's no escaping them at the moment. Despite this, the lad and I are looking at joining friends from Maidstone, on a train trip to Pilsen, Czechia, next March, as we attempt to resurrect May 2020's cancelled holiday. Fingers crossed, masks might not be necessary in eight month's time!

electricpics, I don't see how airlines/governments could do away completely with hand baggage. I've certainly never risked packing valuable items in the hold baggage, as even if there aren't any light-fingered individuals amongst the baggage handlers, there's still a risk of bags going astray.

Anyone remember the British Airways fiasco, shortly after the opening of Terminal Five at Heathrow? There was a catastrophic failure of the automated baggage handling system, and in the five days after opening, more than 23,000 bags were displaced, 500 flights were cancelled and BA made losses of £16m!