Dispatches from the home front 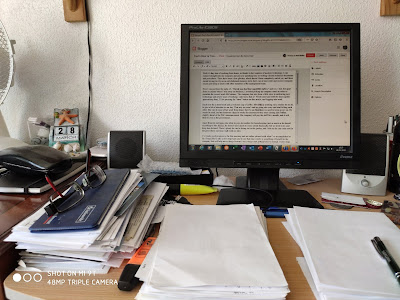 Well it’s day two of working from home, as thanks to the wonders of modern technology, I can connect straight into my company and am now spending time re-writing various technical documents and procedures.

There have been a few glitches, which haven’t been completely sorted yet, and these meant having to rely on an old-fashioned memory stick, but I can at least write and receive company emails and keep in touch with other members of the management team.

Now I can just hear the sighs of , “Surely you had that capability before,” and yes, I did, but apart from occasions where I was away on business, I avoided picking up company email in order to maintain the correct work-life balance. The company has also been a little slow in embracing new technology and newer ways of working - until now, that is!  Needs must and with the time rapidly approaching 8am, I’ll be pressing the “save” button on this article, and logging into work. 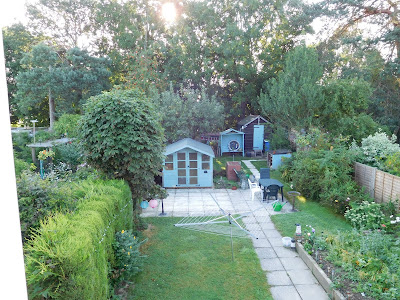 Back now for a short break and a welcome cup of coffee. Mrs PBT’s working out a routine for us all, to give a bit of structure to our day. That way we won’t end up going stir-crazy and start killing each other. She can do most of her work from home, but it’s son Matthew we need to keep an eye on. He works in retail, and the hardware chain he works for announced they were closing last Friday, slightly ahead of the PM’s announcement. His company will pay the staff for a month, and it will then be over to the government. 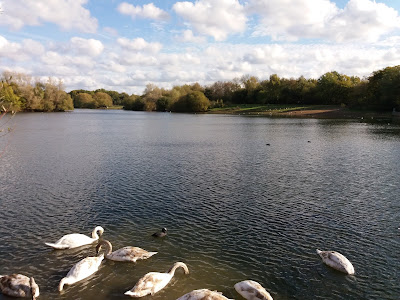 Apart from his car-loan, plus what he pays his mother for housekeeping (not as much as he should, according to Mrs PBT's), he doesn’t have much to worry about financially, but we need to try and keep him focused. There’s plenty he can be doing out in the garden, and I did say he can come out for the prescribed, one-hour walk with me later.

I’ve made good progress so far this morning and am rather pleased with what I’ve accomplished so far. Being able to take a few steps back and to use that time wisely is something of benefit to the company that will help move things forward, once things start getting back to normal. It also stops me from getting bored. So staying busy is the key, as not only does it make the day go quicker, it helps keep one’s mind away from the media frenzy, with its constant updates, speculation and horror stories. 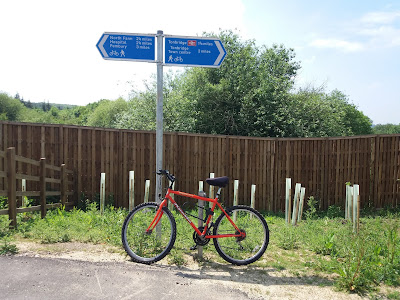 I am under no illusions that we are in for a long haul before any semblance of normality returns, although I would not attempt to put a timescale on this. The President of the United States claims his country will be back open for business just after Easter, which shows just how little the orange one understands such matters.

For my part, I’ve plenty of company work to keep me occupied for a few weeks, and I can intersperse this with all the jobs that Mrs PBT’s has lined up for me. There’s also the clearing up of the garden, although replacing the two fence panels which blew down during the winter storms, is obviously on hold. 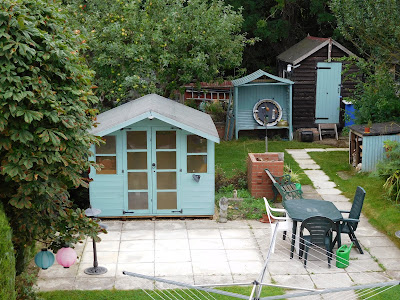 Keeping one’s mind active is also important, and I’ve got plenty of reading material, some of which I might share with you in a later post. I’ve also an extended Special Edition of the Two Towers, from Lord of the Rings to watch, should I really want to practise some escapism.

I am also scheduling in regular exercise, as there’s no point in ending up as a couch potato, especially now that spring is in the air. If the lockdown is tightened though, and we’re only allowed out for tasks such as shopping, the garden will have to become my exercise yard. Fortunately, we’ve got quite a large back garden, with plenty of room to move about in, but that would soon become very monotonous.

Talking of exercise, it’s time to head out into the great wide yonder or, more to the point, go for my government prescribed, one hour’s worth of walking. I might even find something interesting to write about whilst I’m out.

Footnote: this article was written yesterday.

Where does the prescribed one hour come from, Paul. I thought that too but someone poured scorn on the notion.

I'm not sure, Martin. It was a commentator on your Coventry post who claimed it was an urban myth.

I haven't checked the official government guidelines but will have a look later.

ps. Internet was extremely last night, so waited until this morning to post this reply. Must have been all those people streaming films on Netflix!

Certainly the advice is to minimise time outside the home, and there's loads of advice on maximising your hour.

Netflix were reducing picture quality to improve internet speeds, has been ok here though.

Thanks for the update, Martin.

The message from my company indicates I will be working mainly from home from next week, with just the very occasional trip to the office to deal with things that can't be managed electronically. Production and Packing staff have been instructed not to come in, which further cuts down the risk, and makes social distancing much easier (and safer!).

With that in mind I shall endeavour to restrict my walks to one hour, during my down-time, but already feeling much happier about the work situation.