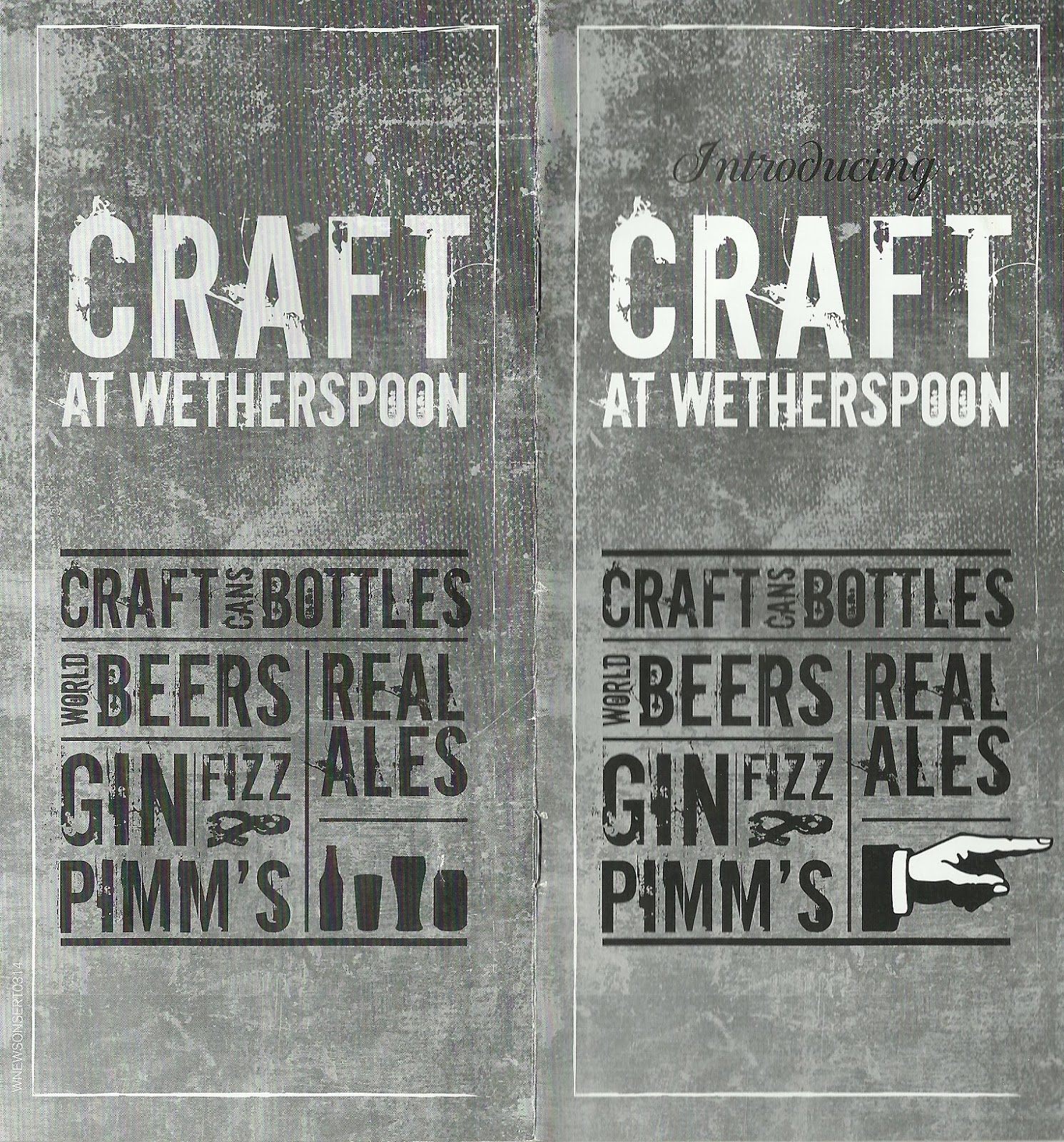 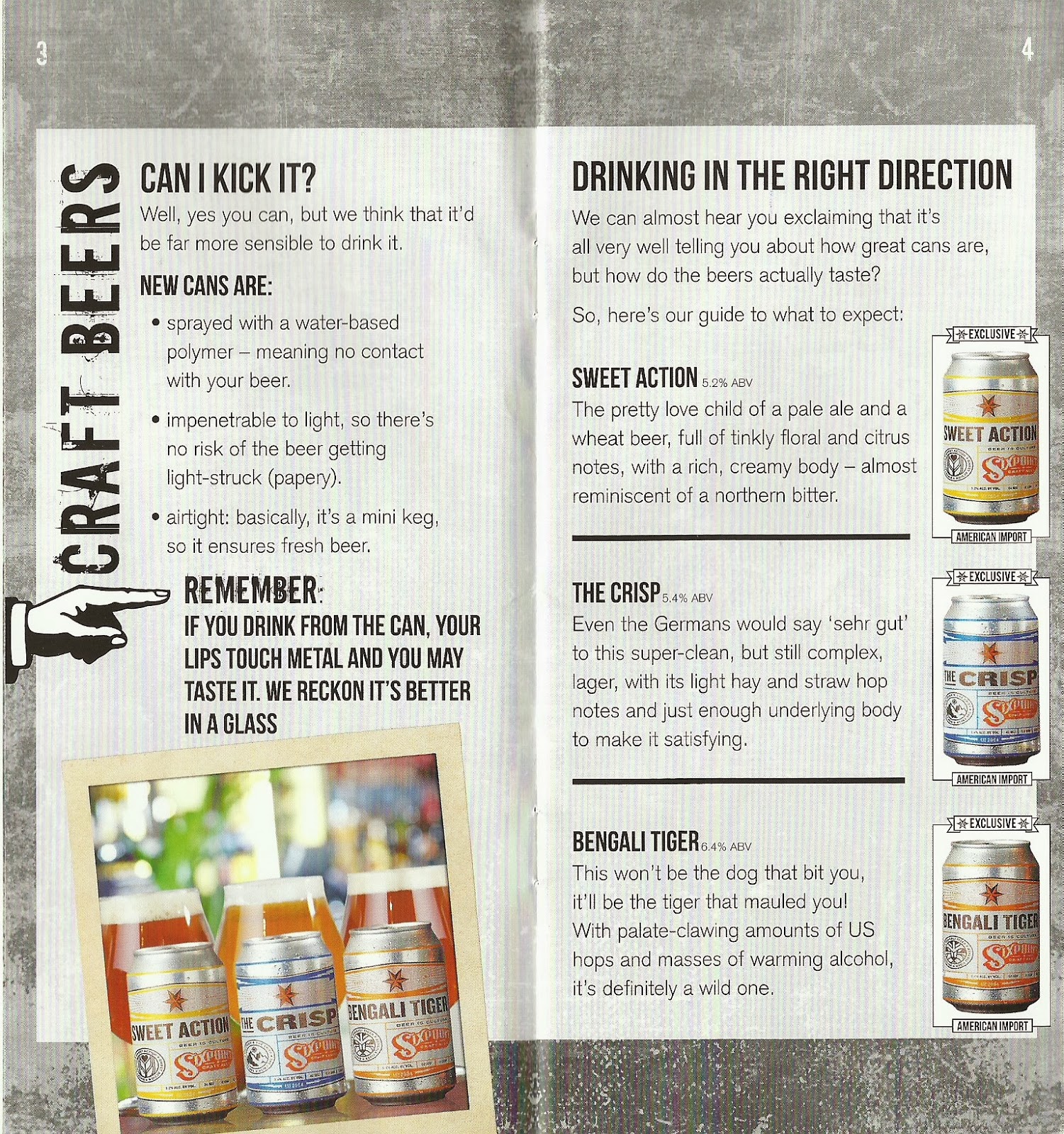 Wetherspoons are certainly going town over “Craft” at the moment. I picked up a 14 page leaflet this morning at our local JDW, extolling the virtues of a number of different “craft drinks”. As well as world beers in both bottles and cans, the leaflet features three of the country’s best known cask ales, and also devotes a section to gins and other classic drinks, such as Pimms and Moet & Chandon Champagne.

A bit of a strange mixture, but with their “International Real-Ale Festival” kicking off in 20 days time, I suppose they’re trying to ensure all bases are covered. Flicking through their House Magazine over breakfast earlier, I noticed there will again be some interesting collaborations with foreign brewers for the festival. There’s also an interesting section on the three canned American “craft beers” from Sixpoint Brewery which they launched on Wednesday.

Whilst on the subject of “international”, I’m off to Berlin in the morning for a short break. This will be my first visit to the German capital, and I’ll be reporting my findings on the beer front on my return. In the meantime why not pop into Spoons and see what you think of the new “craft cans”.
Posted by Paul Bailey at 15:17