All Quiet on the Beer Front 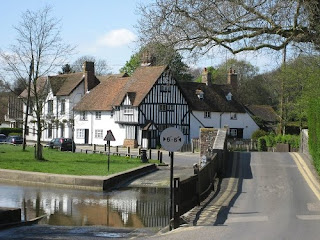 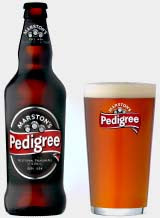 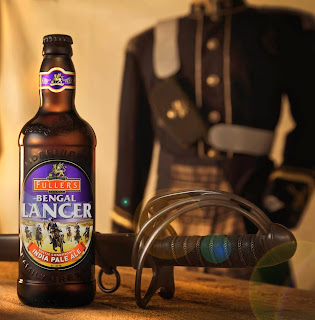 Not a lot to blog about at the moment as, apart from last Monday's CAMRA committee meeting, I haven't really been anywhere. I've been busy again on the home front, pouring the concrete foundations for a garden wall last week, and making a start on laying the blocks this weekend.

I've also been on a bit of a "save it" campaign as well, as not only does ballast, sand and cement etc. not come cheap, but I'm due a visit to the opticians tomorrow, and new spectacles definitely don't come cheap either! On top of this, in just over ten days time I'm off with my friend and walking companion Eric, to complete the last section of the Wealdway long distance footpath.

Still Lidl's came to the rescue last week, so far as beer is concerned. The store was knocking out various bottles from the Sheps and Marstons ranges for just £1.00 each. Most of you will know I am not a fan of Sheps, and Hobgoblin doesn't float my boat either. However, bottled Pedigree at a quid a time is not to be sniffed at, and the higher strength of the bottled version makes it stand head and shoulders above its draught counterpart. Needless to say I invested in quite a few bottles before the price went back up this weekend. (You have your cheap lager, Cookie, I have my cheap "pong"!)

There's a treat or two in store in the fridge though. Sainsbury's are selling bottles of Fullers Bengal Lancer at two for £3.00, so I'm looking forward to trying one of them in a minute. I've also still got a bottle of Schlenkerla Rauchbier chilling; the last of several that I brought back from Bamberg earlier in the summer.

Next weekend there's a ramble organised by our local CAMRA branch, starting from the picturesque village of Eynsford in the Darenth Valley. This will be relatively new territory for me, as whilst I know Shoreham (the neighboring village) quite well, I am not at all familiar with Eynsford and its four pubs. It therefore promises to be an interesting and fruitful day out, as well as useful training for the much longer walk the following week.

Back to the present, and Bengal Lancer is, I am happy to report, a most excellent beer, and a good interpretation by Fullers of an Indian Pale Ale. At 5.3% abv, and bottle-conditioned as well, it still has that touch of "Cooper's Orange Marmalade", which is Fuller's signature "house-style", but is none the worse for that. I may have to invest in another couple of bottles tomorrow!
Posted by Paul Bailey at 21:23