Another "destination pub" for Tonbridge 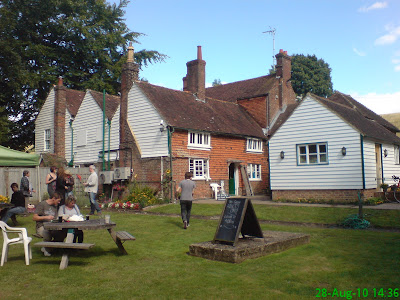 Following close on the heels of the re-opening of the Nelson Arms in Tonbridge, news has broke that another “destination” bar could be opening in the town. If the plans go ahead, Tonbridge drinkers will be even more spoilt for choice than they are now.

Some of us have been aware of this possible new outlet for some time, but following the approval of planning permission, I can now announce that a former jeweller’s shop in the High Street is set to become a bar offering a selection of cask ales, and possibly craft beers as well. 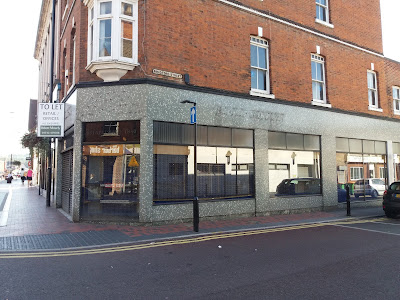 The long-established jewellery business of John Angell ceased trading mid-way through last year, and the site stood empty for a while before being acquired by new owners.  The prospective tenant is Beer Seller Ltd, which currently runs the well-known Halfway House pub at Brenchley, near Paddock Wood. The Halfway House has built up a name for itself locally thanks to its well-kept "real ales" served straight from the cask, and the plan is to offer something similar in Tonbridge.

In their submission to the local planning authority, the new owners stated they had been looking for a suitable location for a second establishment for some time. They went on to say that they felt the location to be ideal for a successful bar facility, which would be used by shoppers, office workers and the general public visiting the High Street, and also travellers using the station. 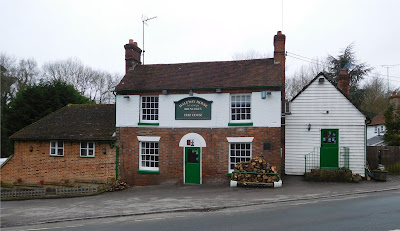 It had been known for some time, especially amongst local CAMRA members, that the Halfway House was looking for an urban outlet to complement their rural one, so were only too  happy to offer their backing when the news broke. Several of us wrote letters of support to the planning committee, in respect of the application, and are pleased that the application was successful.

Summing up their reasons for approving the proposals, the planning committee said: “The application will enhance the viability and vitality of the town centre and contribute towards both the quality and quantity of the facilities available on Tonbridge High Street.” 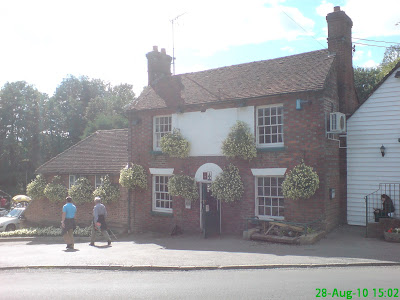 They went on to say, “The potential impact on the amenity of nearby residents can be mitigated through the imposition of planning conditions controlling amplified music and opening hours.”

To avoid disturbance to nearby properties, the pub’s business hours must be between 9am to 11pm on Monday to Saturday and 11am to 10.30pm on Sundays. Similarly, a ban on live or amplified music has been put in place in the interests of residential amenity.

Overall, there were four objections to the plans and ten in favour. A neighbour in favour said: “The applicant has a good track record of running successful and award-winning outlets. If it’s as good as The Halfway House then it will be a great asset to the town.” 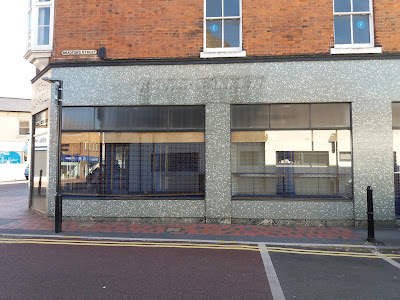 Another added: “It should be welcomed rather than leave an empty unit. The occupancy will prevent the building becoming another empty premises on the High Street.”

The owners now have a maximum of three years to develop the site, before the planning permission expires. I seem to recall the plans were displayed on the local authority’s planning application site, but  now the proposals have been approved, I am unable to find them.

However,  having seen the site from both the outside as well as the interior, I would say a reasonable amount of work is required, but nothing too drastic. In the meantime, watch this space for further news.

Wow, that's big news. The Windmill and Halfway House are two of the best pubs in Kent, so to get new pubs in Tonbridge linked to those js great. Add the Fuggles, Punch.and Judy, and the Spoons and you have a 5 pint crawl to better the GBBF, with the right company (sorry, mischievous !).

Hi Martin. I'm afraid it's not all good news, as Matt and Emma have sold the Windmill, in order to concentrate on running the Nelson.

The new owners of the Windmill took over yesterday, but I only found out today. Fingers crossed they will run the pub along the same lines, but it just goes to show nothing stands still and nothing stays the same!

ps. Unless you're a fan of 100" TV screens, I'd give the Punch & Judy a miss, but a pub crawl taking in Fuggles, Nelson Arms and the proposed Halfway House spin-off would work. I'd even throw in the Man of Kent, given the "right company" and providing there's no karaoke!

Very good news indeed from the looks of it. As Martin said you'll soon be spoilt for choice. :)

"and you have a 5 pint crawl to better the GBBF, with the right company (sorry, mischievous !)."

PS - "but I now the proposals have been approved, I am unable to find them."

I think 'see' is missing near the beginning.

Russ, it's not the "see" which is missing, rather it's the "I" which is (was) superfluous. It's been corrected now.

"It's been corrected now."

I'm glad your memory is better than mine, Paul. Got.Punch & Judy mixed up with Man of Kent. Still have those photos !

Got Punch & Judy mixed with Man of Kent, Paul. Glad your memory better !

Paul, if the self-styled "destination" pub near me is anything by which to judge, then a familiar five-minute walk, for many people, requires careful planning, and a map.

The pub bigs itself up on its FB page as a "destination" pub, Paul. However, its customers seem to be entirely local, so, not wishing to call the posters fibbers, I draw my conclusion above.

Thanks for clearing that one up, E. Although I don't know the pub you are referring to, I suppose they aspire to be a "destination pub," but from what you say, that aspiration applies only to locals, at present.

I agree "fibbers" is probably a bit harsh, but let's say either starry-eyed dreamers or, if we want to be more cruel, out and out fantasists.

ps. There's still quite a few of the latter about atm; often with that faint hint of preserved pork about them!

On your last point Paul, I think that some people will have to wait until reality bites them personally before they wake up, hey-ho.

Going back to the pub, the bizarre thing is, that it's in a genteel, comfortable area, but the landlord expressly wants it to be a destination pub, for people who want sport TV and pizza. Basically, to bring in rough trade.

It doesn't seem like the best of plans to me. There's no shortage of such pubs really, usually nearby for those who want them. Quite the reverse IMO.

Jolyon Maugham deserves a knighthood whatever.

A strange desire indeed, E. "Destination pub" in this part of the world usually means a pub worth travelling to because of its beer range, beer quality, food and general ambience.

Why on earth would anyone want to travel miles to visit a pub offering sport TV and pizza? Reminds me of my recent trip to the US; sit at the bar, watch baseball - in between the endless adverts and stuff your face in between swigs of your beer!