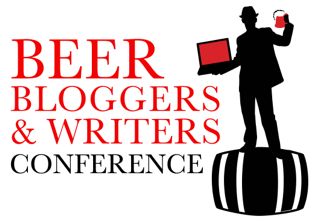 Regular readers will recall the posts I wrote about the European Beer Bloggers & Writers Conferences. These events were held annually, in a different European city each year, and while they lasted were great fun. They drew together a diverse group of like-minded souls, all of whom write or blog, either as a hobby, or for a living.

I attended three conferences in total; the first one being in Dublin, back in 2014, and the last in Amsterdam, in 2016. The one in between took place in Brussels. The Amsterdam conference was the last “European” event, and for me was a particularly sad occasion,  as I really used to look forward to meeting up with the new beer-loving friends I had made.

The conferences were organised by Zephyr Adventures; an American-based travel company which also operates events in the food, wine, beer, and fitness industries. The European Conferences were actually a spin-off of the Beer Bloggers & Writers Conferences, which take place annually in North America. The American conferences typically attract around 150 attendees from throughout North America, and sometimes beyond, but because the European events only attracted around half that number, they were not financially viable, and the event was dropped in 2016. 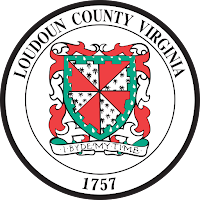 The first conference was held in Boulder, Colorado in 2010, and since then the event has travelled to major cities throughout the USA. The conferences provide the opportunity for participants to learn about different beers and breweries, to taste and enjoy these beers, and also to network (hate that word!), with like-minded people.

This year’s  Beer Bloggers & Writers Conference  will take place in Loudoun County, just outside Washington DC. It will be the ninth such conference. There were a number of reasons why the organisers chose this location:

Loudoun is considered Washington’s “wine country” with 42 wineries in the county. More to the point, the county also now boasts 22 breweries and is fast becoming the playground for the capital’s beer connoisseurs.

Despite its proximity to the US capital, Loudoun County is described as beautiful, with many attractive rural areas, which participants will be able to visit, as part of the conference on two dinner excursions. The conference will also include a Loudoun County beer tasting event. 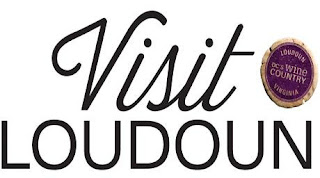 As with the European conferences, there are a number of pre and post-conference excursions. The post-conference excursion to Richmond, Virginia is the one I’m particularly interested in; given the city’s history and its role as the capital of the Confederacy during the American civil war. As someone who had a childhood interest in that rather bloody conflict, visiting Richmond will be a particularly special moment.

I’ve already booked my place, and have almost  finalised my travel plans. I have a sister living in the US, and after the conference I will be travelling north-west, by train, to spend some time with her and her family, in the small Ohio town where they live.

The conference is now just over six weeks away, so excitement is mounting. As I’m sure you can imagine, I’m really looking forward to it, especially as it affords the chance to get to know the thriving beer scene in north-west Virginia. I’m certain too that my American brother-in-law will have some beery delights lined up for me when I travel up to Ohio, to join him and my sister.

For more details of the Beer Bloggers & Writers Conference 2018, please click on the link below.
https://beerbloggersconference.org/about/
Posted by Paul Bailey at 22:40

Well, people have done far sillier things, as we see all the time these days.

Did many of your UK fellows attend these events, I wonder, Paul?

Enjoy your trip Paul.
I have a couple of US jollies organised this year including the Florida Panhandle and the Redneck Riviera for August then the Keys and Gulf Coast for Oct/Nov.
It's a cracking country with very friendly people including the Trump supporters who are neighbours of my house there.

Best of luck with the trip. Good way to do it, by heading on to your sister's place afterwards.

Make sure to dress for the trip. Washington is supposed to be 35C this coming Monday. Come August it could be even hotter!

And Amtrak should be a good way to see the countryside so to speak. Plus you can compare it to what you have over in the UK. :)

ETU, not only are there conferences for beer writers and bloggers, there is a writer’s association – the British Guild of Beer Writers. I am, of course, a member and was at their AGM in London, last night; hence my late reply.

With regard to the conferences, there was a sizeable British contingent at the European events I referred to, plus a reasonable sprinkling of Americans. It’s not working the other way round though, as looking at the list of attendees for the Virginia conference I’m the only Brit registered, at the moment. Should be interesting!

Thanks Prof, I trust you will enjoy your own trips to the US later in the year. I imagine it will be a little cooler in late autumn, even in Florida. Russ tells me it will be hot in Washington, as it will also be further north in Ohio. Fortunately my sister has a swimming pool in the garden, so I should be able to cool off. Looking forward to meeting her neighbours again; no idea if they are fans of the Donald, but my brother-in-law is definitely not!

I agree that train travel is a good way of seeing the countryside Russ, but not wishing to pre-judge Amtrak, with only one train in each direction a day between Washington and Chicago (same seem to apply to other major US cities), it doesn’t compare favourably to our rail network, here in the UK. I suppose most North Americans fly or drive everywhere, though.

The US seems to have turned its back on the railways, which is ironic given the role they played in building the country. I imagine the situation in Canada is much the same?

"The US seems to have turned its back on the railways, which is ironic given the role they played in building the country. I imagine the situation in Canada is much the same?"

This is true. Though, to be fair, distance plays a big role; more so in Canada due to our low population density.

For example, take a look at this:

Each of the four coloured areas is about 9 million people. Passenger trains are more frequent in the green and red areas but not so much outside of that corridor. I hear Australia is somewhat the same. :)

What Russ says.
Cheap air travel has seen off AMTRAK but even before this the rail company wan't that great and Greyhound buses picked up a lot of the slack.
Distances and limited annual holidays mean most Americans are not willing to waste their time staring at the horizon.

Ah, how they must envy EU citizens, with their minimum paid leave entitlements eh, prof? Not to mention our Human Right to peaceful enjoyment of possessions, meaning that we at least get to keep the equity, if our homes get repossessed?

Folks will miss those when they're gone.

The Frecciarossa in Italy travels at similar-to-aviation speeds (when you include check-in times), as do other rail services on the Mainland, as I'm sure you're aware Paul.

Amtrak is run as a for-profit organisation I read, and its structure seems to be complex, starting as a quasi-public corporation, but now largely privatised. Perhaps this imposes constraints on development that do not bind our less doctrinaire European neighbours, but there appears to be less high-speed progress in the US.

So it would appear that our US friends perhaps fly largely out of necessity.

Have a great trip anyway.

Thanks everybody for your comments. I fully understand the practical and hard economic reasons behind the decline of rail travel in North America, but being a romantic sort who, from time to time, hankers after the past, it’s long been a wish of mine to undertake a long-distance rail trip within the USA. After all, you can’t see much from 30,000 feet up in the air!

I know the large disparagements between annul leave entitlement in the US and here in the UK, and give thanks for living in a country which looks after its workforce. I am lucky to enjoy five weeks paid annual leave, plus Bank Holidays - also paid. I don’t think any government here would dare to take this away; not even the bunch of merchant bankers who are in charge now!

Don't know about the USA Paul but if you want a (not cheap) great trip through the Rockies check out this company:

And, to be honest, traveling through the midwest - be it in Canada or the US - is fairly boring. :)