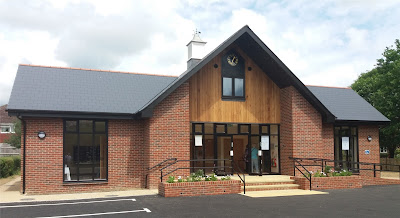 There’s still a couple of posts to come about last month’s trip to Düsseldorf, but before we look at how the area’s two local, but very different beers styles are brewed, I want to step back to England for a short while, and somewhere much closer to home, as I want to let people know about an inspiring example of a local community at its best.

For the past 11 years I have worked for a company which is based in the village of Chiddingstone Causeway; a small settlement about 6 miles west of Tonbridge. The village is relatively modern, having  sprung up around Penshurst station, on the Tonbridge to Redhill line. One of the quirks of the Victorian railway era was that many stations were often several miles from the places they were named after, and Penshurst is no exception.

Penshurst village is about two miles away, but it is worth noting that the station was originally built to provide rail access to Penshurst Place; ancestral home of the Sidney family, and one of the most complete surviving examples of 14th-century domestic architecture in England. 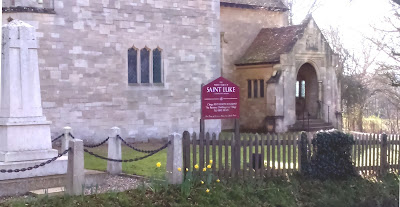 The settlement which grew up next to the station became known as Chiddingstone Causeway. The “Causeway” part of the name is thought to refer to the route across boggy ground towards Sevenoaks, whilst the first part comes from the nearby village of Chiddingstone; a much older settlement which dates back at least to Anglo-Saxon times, and possibly before.

Nowadays the village consists mostly of housing, plus a few local businesses, of which my company is by far the largest. Chiddingstone Causeway also has  a shop-cum-post office,  a church, a pub and also a village hall.

I wrote, quite extensively about the village, back in February last year, so today I want to talk about the village hall. The latter was once the village church; a “tin tabernacle”, which was built in the 1880s. Today, the old corrugated iron church has been replaced by an attractive, stone building, which stands towards the crest of the hill, on the edge of the village. It is dedicated to St Luke, and opened for worship in 1898.
St Luke’s Church was the gift of a local benefactor, and came into being because of the growth in population and the need to provide a place where  the increasingly larger congregation could worship. When the new church opened the old “tin tabernacle” was moved to the centre of the village, where it became the village hall.

An attractive brick section,  complete with a clock and a first floor observation window, was constructed as a frontage to the hall, some time in the 1930’s; and for the next three-quarter of a century provided a convenient place for villagers to meet for secular activities. The old hall was a bit draughty at times and by the first  decade of the current century, after over 100 years of service, the structure had seen better days, and was in urgent need of repair or even replacement.

For most of the time I have worked in Chiddingstone Causeway, the local community has been trying to raise funds to rebuild their village hall. Several people who live in the village work for our company and have been involved in fund-raising activities. These have ranged from raffles, Sunday afternoon teas, dances, bric-a-brac sales, amateur dramatics plus breakfasts.

The latter, took place on alternate Sundays, and were popular with both villagers and visitors alike. For just a fiver a head you could have a full English breakfast, with accompanying tea or coffee. My son and I were regular attendees, secure in the knowledge that as well as enjoying a satisfying cooked breakfast, we were doing our bit to help raise funds for a new hall. I also bought raffle tickets from colleagues at work.

The original plan was to demolish and rebuild the tin hut section of the building, but to keep and refurbish the brick built front part. This proved somewhat of a headache, and it was decided that it would be better to demolish the whole building and start from scratch. The style of the old façade would be reproduced, as far as possible, and incorporated into the new look hall.

Before the rebuild could go ahead, planning permission had to be obtained, and there was the small matter of costs. The hall committee successfully applied for a grant from the Heritage Lottery Fund, but this was conditional on them raising a matching amount themselves.

This requirement was achieved, and eventually the target of £700,000 was reached, planning permission was obtained and the architect’s design passed building regulations. The old hall closed in February last year, but not before one final breakfast, with kippers on the menu, as well as full English. Matt and I adore kippers, but rarely have them at home, as my wife is not keen on the “aroma” they leave behind. 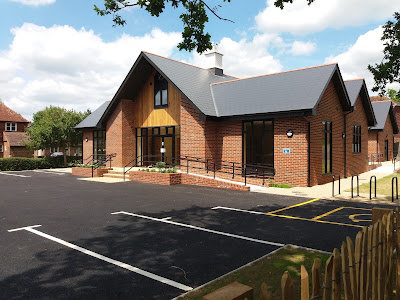 Once the hall had been cleared out, and equipment had been put into storage, the contractors moved in. It didn’t take long to demolish the old building and clear the site, and once the ground-works were in place, it didn’t take long for the steel framework of the new hall to be erected.

My regular lunchtime walk takes me past the site most days, so I was able to watch the new hall taking shape. The design of the rebuild followed as much of the original footprint as possible, and the same applied to the appearance of the new hall, although modern standards and regulations obviously had to be adhered to. A firm of builders based in Crowborough were responsible for building and fitting out the hall, and having now seen the inside, as well as the exterior, I can vouch for the excellent job they have done.

On Saturday 3rd June, the Causeway Hall was officially opened by local Olympic legend, Dame Kelly Holmes. The following day, Matt and I joined several dozen others for the first Sunday breakfast; and we also returned last Sunday as well.

Like all present,  we were really impressed with the new hall, and its bright and airy feel. As well as the main hall, there is a meeting room, kitchen and dressing room; the latter for use when plays are performed. There is still quite a bit of kitting-out to be done, with a proper stage, plus a decent sound-system top of the list. 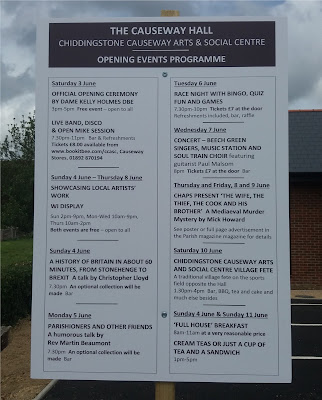 Fund raising therefore continues, not just to meet the costs of the above items, but to cover the day to day running costs of the building. I was talking to one of the volunteers on Sunday, who said that the hall needs to pay for itself, so the committee are doing their utmost to publicise it existence and promote its use. The building which is now known as Chiddingstone Causeway Arts & Social Centre,  is available for hire to interested parties. The Causeway Hall website can be accessed here.

I want to end by saying that the whole project has been an excellent example of a whole community coming together, to achieve something of real value for the common good. It also serves as an example for others to follow. Albeit in a very modest way, I am pleased to have lent my support to this shared ideal.