For the benefit of my more local readers, but also for the interest of those from further a field, a belated shout-out for the 8th SIBA South East Beer Festival, which kicked off yesterday evening at Tonbridge Juddians Rugby Club.

The event showcases over 150 different cask ales from over 50 different breweries in the South East Region (Kent, Sussex, Surrey, Hampshire, Berkshire I.O.W., and Greater London). I called in yesterday (Friday), and found the festival in full swing, with a marquee full of dozens of racked casks, and plenty of thirsty punters in attendance. 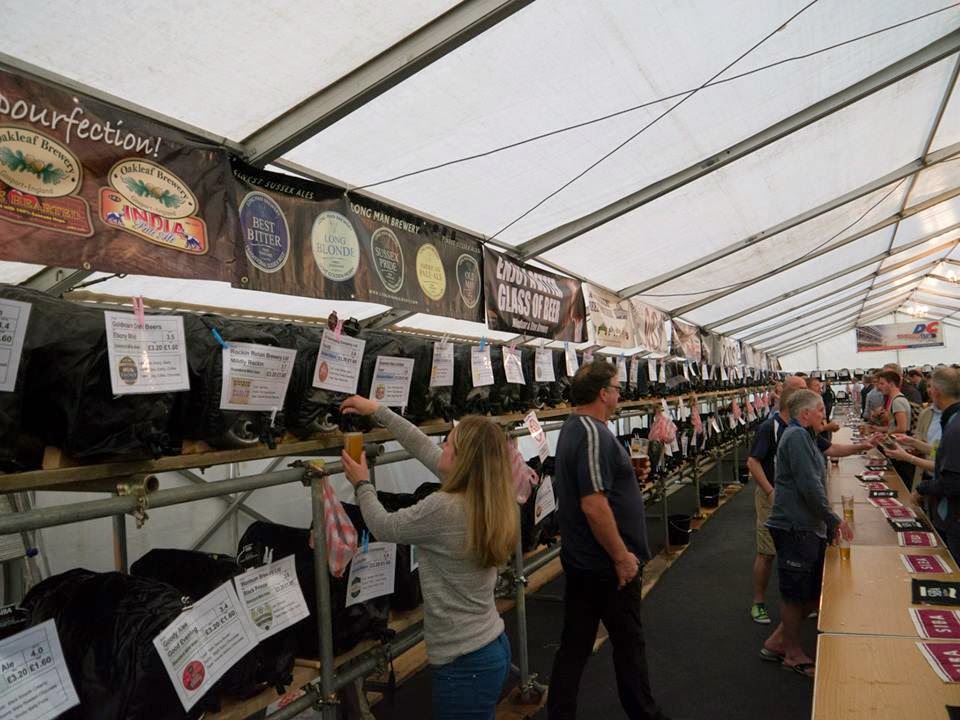 Earlier yesterday the beers were judged by panels made up from brewers, publicans, associated traders and the general public, and the results should be posted up soon on the SIBA website. It was particularly good to see our local Tonbridge Brewery picking up an award in the Premium Bitter category for their recently-launched, 4.7% Union Pale. 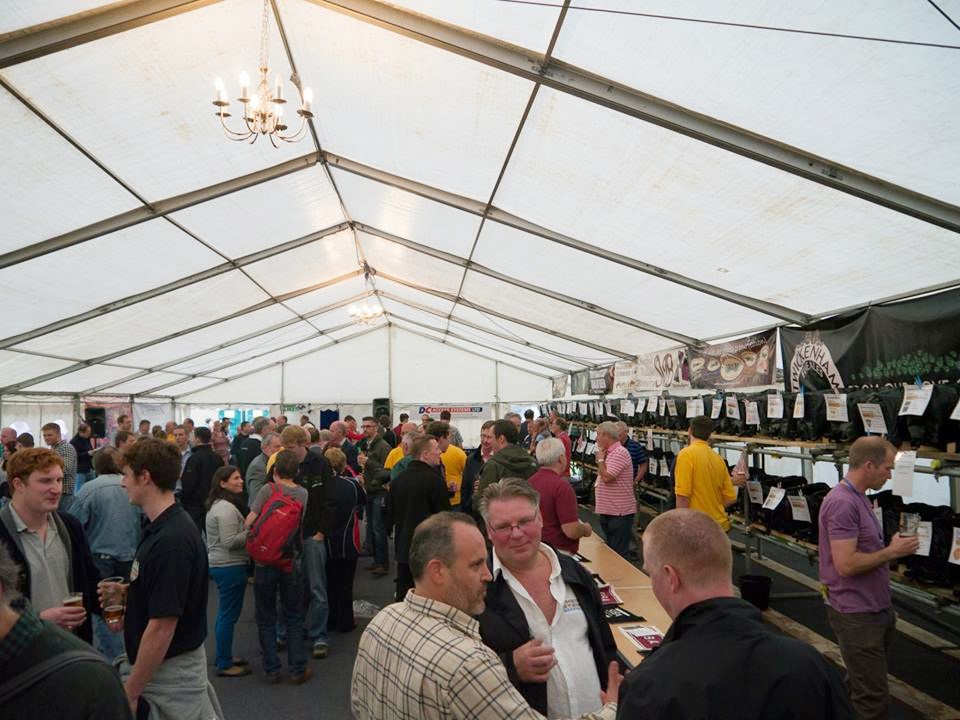 It was also good to see that hosts, Tonbridge Juddians’ clubhouse has been fully repaired and restored to its former glory, following the devastating floods of Christmas Eve 2013. The deluge of water, released by the Environment Agency from the Leigh Flood Barrier, flooded out the clubhouse, as it did other properties and businesses in Tonbridge. This was despite the clubhouse being constructed on pillars well above the level of the surrounding fields.

Now, thanks to the hard work of the club’s army of volunteers, who worked tirelessly to clear up the mess and repair the extensive damage, and also the generosity of local sponsors, the clubhouse is back up and running again.

I’ll be heading back down to the festival, later today, but for those who can make it earlier, the event is open from 11am onwards, and the same applies tomorrow. As well as the beers, there’s a selection of local Kentish ciders, soft drinks and food. Hopefully I’ll see some of you there.

With special thanks to Jon Collins and Iain Dalgleish for the use of their photos.
Posted by Paul Bailey at 10:59