What Future for our Micro's? 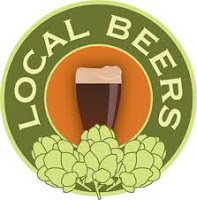 Whilst compiling my recent post regarding the new breweries that have commenced operations in West Kent during the past two years I was struck by the thought can they all survive? They all seem to be reporting a steady growth in sales, which is obviously good news, but with beer sales declining generally, and falling off quite dramatically in the pub trade, are they all chasing a declining market? Where are these extra sales coming from?  If beer sales in the on-trade are declining as much as we are led to believe,  this sales growth can only be coming at someone else's expense! The question is who's?

We know that cask is the one growth area in the pub trade, so hopefully our local micro's are increasing their sales at the expense of the huge conglomerates that  dominate the market. If they are taking sales away from  heavily promoted global lager brands then so much the better. However, I fear this is not the case and suspect much of this growth is either at the expense of each other, or at the expense of the remaining old established family firms. To a certain extent the latter are cushioned by their own tied estates; a luxury our small, newly established concerns do not possess, (Royal Tunbridge Wells and Westerham, both have one tied pub apiece, but this is small beer, if you'll pardon the pun, and like their competitors they rely almost exclusively on the free-trade.)

However, genuine free-houses are becoming few and far between, with the more successful of them being snapped up by larger regional firms such as Fullers, Greene King and Shepherd Neame. Even those still in private hands are often effectively tied, by way of loan agreements, to taking beer from the likes of the aforementioned. Although many will feature a "must stock" beer such as Harveys (nothing wrong with Harveys I hasten to add!), this leaves precious room on the bar for beers from our budding local entrepreneurs. Some of these firms will undoubtedly strike lucky and find a more or less permanent place on the bar for at least one of their beers. Others may find free-trade outlets taking their wares on a rotating basis with products from one or more of their competitors. Nothing wrong with that either; I am all in favour of competition, so long as it's fair, and from the drinker's point of view there's nothing better than being offered a wider choice of beers.

Rather than rely totally on the vagaries of the free-trade, one or two of our local brewers have branched out into selling bottled beers. Most successful of these is Westerham who's beers are stocked in local branches of Waitrose and Sainsburys. Moodleys appear at the moment to be concentrating solely on bottled beers (bottle-conditioned), which they sell  mainly through local farm shops, specialist off-licences, direct from the brewery and the odd pub.

With schemes like CAMRA's  LocAle in place,  a reduction in "food miles" combined with the provenance of local produce very much in favour at present, it seems more vital than ever that our local breweries be able to sell their products  into a market place that is close to home, rather than have to ship them miles outside the area. However, as pubs continue to close and more and more "free-trade" outlets are either bought up, or become tied up through loan agreements, it will become increasingly difficult for our micro's to find suitable outlets for their beers. I hope I am wrong, but I do fear for the long term future of some of them.

I think you are right and I spoke about it on my blog some time ago, but more in the sense that the poor ones won't survive and some of the good ones won't either.

There will be a degree of cannibalisation, but apart from bottling, what's the options?

One thing though. Being the same doesn't help. You have to be good and being different isn't a bad idea either.

I've just re-read your post "Too Many (duff) Brewers", Tandleman and agree whole-heartedly with the sentiments expressed therein. It takes me back to when I was running our "real ale" off-licence and the weekly phone calls from certain breweries trying to persuade me into taking their beer.

I wasn't particularly price led, although I obviously took discounts if they were offered, providing I thought the beer good enough! Quality was always the deciding factor and yes, there certainly were, and still are, some "half-arsed breweries" about. I won't name and shame any, but I quickly learned which ones to avoid no matter what financial incentives they attempted to put my way!

Finally, being different as well as good is definitely a good thing. We have some fine examples of this locally, and as I said in my post I just hope these brewers find room to survive in what is already an over-crowded market.