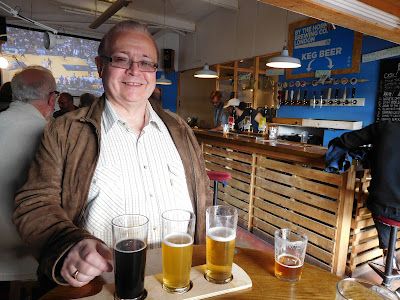 Several beer pundits have been saying it for years, but now, following an unprecedented rise in the number of breweries in the UK, it looks as though their dire  predictions about unsustainable growth have at last come to pass.

New figures from accountancy firm UHY Hacker Young, make sober reading, as they show that just eight new breweries opened in Britain in 2018-19, compared to  the 390 that launched just a year earlier. This huge drop in the number of openings marks a five-year low and suggests that Britain’s "craft-beer boom" is running out of steam. 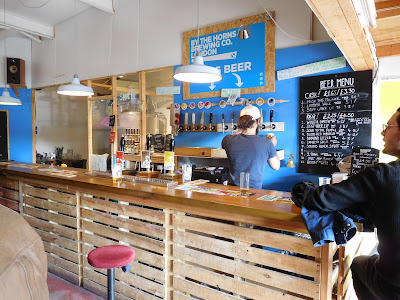 This massive fall was bound to happen, and for many the only surprise is that it didn’t happen a lot sooner. The accountancy firm suggests that the industry’s “gold rush” phase has come to an end, with greater competition making it harder for start-ups to break into an already crowded market. A major component in this fall has been the reaction of some of the larger established brewing firms, with several of them investing in, or taking over promising craft beer start-ups.

Many of us recall the howls of outrageous indignation from the "craft glitterati" over Heineken acquiring a major slice of both Beavertown and Brixton breweries, which followed on the heels of AB Inbev’s take-over Camden Town Brewery. Cask-ale devotees were equally appalled by the acquisition of Fuller’s brewing division, by Japanese mega-brewer, Asahi; especially as it included the purchase of the historic Griffin Brewery, in Chiswick. 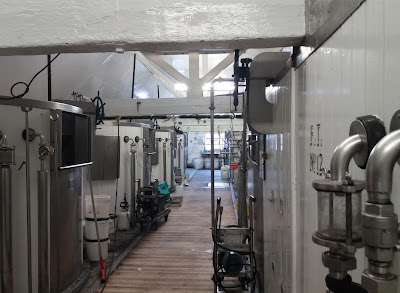 Probably the most disconcerting aspect of this has been the perception that many well-known craft beers are brewed by small, independent companies. To back this up, recent research by the Society of Independent Brewers (SIBA), found many drinkers were unaware that many popular craft beer brands were produced by large companies.

SIBA’s survey of 2,000 people, found that 43% of drinkers thought craft beer could only be made by small brewers, blissfully unaware there are no restrictions on use of the term. When challenged over this, only 2% of respondents said beer made by multinationals merited the craft beer label. 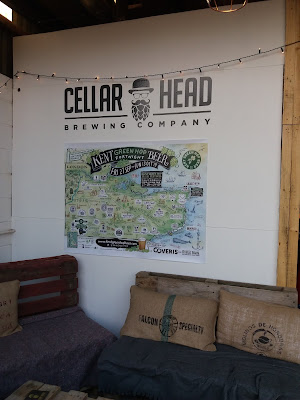 A partner at UHY Hacker Young  said: “We’re not saying that the market is shrinking, just the number of players is consolidating and sales growth is going to be harder to come by".

“Craft breweries need to ensure their business model is sustainable and profitable at an earlier stage and not just rely on the idea they’ll constantly be able to grow their way out of trouble.”

However, despite the dramatic decline in new start-ups, the number of British breweries remains high, with 2,274 last year compared to 1,352 just five years ago. The challenge remains to see how many of them are sustainable in an increasingly competitive market.

It is already becoming clear that starting your own brewery, is no longer an automatic way of making money (not that it ever was in my eyes).  Don’t be surprised either to see more  breweries starting to fall by the wayside, and not just those producing truly awful beer. It is an unfortunate fact that some of those producing high quality beers are at equal risk of failing as those producing over-hopped and over-hyped murk, especially if their business acumen is not all it should be.

This whole shake-up process was always inevitable, given the number of players in the field, and it looks likely to continue for quite some time to come.

It's a net gain of eight breweries, not the absolute number of new breweries that opened in 2018.

It is always a source of confusion whether "craft" refers to a type of beer or an ownership structure - it can't be both.

According to the Federation of Small Businesses the number of businesses in the UK fell by 0.5% in 2018 so brewing appears to be slightly outperforming the economy as a whole - although that sort of margin is too small to be meaningful.

The health of the sector would be better judged by looking at trends in sustainable profitability but I'm not aware of a source for those statistics.

The average life expectancy of a new business seems to be reckoned as eight to ten years (sources vary) so growth will almost inevitably be followed by some contraction. I saw suggestions recently that growth in Prosecco had peaked so craft beer is not alone.

That figure of 8 new breweries must be wrong. I see beer lists every week from up and down the country and think we must have added 200 + breweries even allowing for the few that closed.cheers

The truth behind any fall-off is a difficult one to call, especially as it depends on how one interprets the statistics. The Telegraph picked up on the same story as I did, and I do remember seeing a similar report from the Morning Advertiser; although rather tellingly, I haven't managed to find it again.

Other sources are reporting that the new brewery boom is continuing, but if you look closer, they are basing their stats on figures for 2017, rather than last year.

Whichever way you look at this, the almost explosive increase in brewery numbers over the past five years is unsustainable, even taking into account that many new entrants have opened their own tap-rooms or other associated outlets.

Also, as I alluded to in the article, alongside some excellent new beers, there are some truly appalling examples of un-balanced, over-hopped, yeast-laden and sour murk "beers" being foisted on unsuspected drinkers.

Unfortunately, there is still so much hype surrounding the "craft-beer" movement, fueled by ticking Apps, such as "Untappd", or American-led sites such as "Rate Beer", that people are being taken in, just because a beer is new or indeed, novel.

This obviously brings us on to new territory, and outside the scope of the main article, but like it or not, the craft-brewing industry is heading for a long overdue shake-up which, regrettably, could see a number of truly excellent brewers going to the wall, alongside the absolutely awful ones.