A few books I have read recently 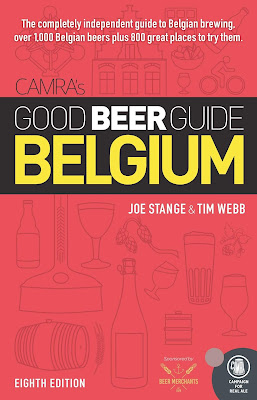 I acquired several books over the Christmas period, and I’m sure it will come as no surprise to learn they were all beer-related. The books included the latest (8th Edition) of “Good Beer Belgium” and the 7th Edition of the “Beer Drinker’s Guide to Munich (BDG2M)”.

The former is excellent, and carries on where previous editions left off. If you are after the definitive guide to Belgian beer and the best places in which to drink it, then this informative, nicely illustrated and well laid out publication from CAMRA Books should definitely be on your shelf.

We then move on to the Beer Drinker's Guide to Munich, published in 2015 and now on its 7th edition. For the uninitiated the book is a well-illustrated, and easy to follow guide to some of the best beer gardens, brew-pubs and beer halls which Munich has to offer. 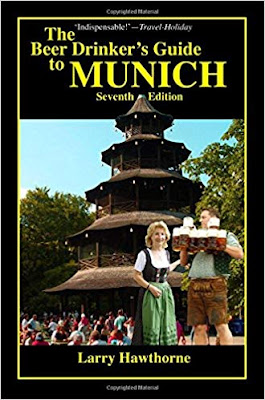 It is unashamedly a book for the warmer months, concentrating primarily on beer gardens plus those brew-pubs which offer outdoor drinking (virtually all of them), but this is no bad thing. as a few glasses of cool, refreshing beer, enjoyed in an outdoor setting is definitely one of the best ways to enjoy the charms of the Bavarian capital. I for one am a huge fan of the whole beer-garden experience, which is why I made full use of the previous edition of the guide, which was published in 2008, on previous visits to Munich.

An update was long overdue, which is why I was pleased to see the  7th edition appear in print. Whilst the new edition contains many previous entries, these have been revised and updated where necessary. From the perspective of someone who has been a regular visitor to  the Bavarian capital, it is good to see the "retained" entries still offering the same high standards, and it is also encouraging to see some new outlets creeping in. I look forward to trying some of them on my next trip to Munich.

This brings me on to the final book, and the one I have enjoyed most. “20th Century Pub”, by seasoned beer bloggers Jessica Boak & Ray Bailey, is a real labour of love, and a must read for anyone interested in how the English pub has developed over the course of the last 100 years. 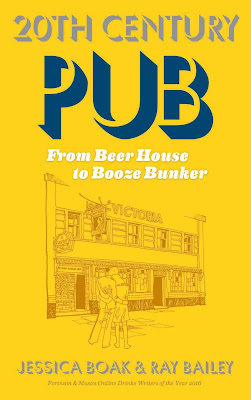 The authors take us on a whirlwind ride of how our pubs have changed since the start of the last century, adapting and evolving in response to changes in society, people, culture, morality and cataclysmic events such as two world wars, emerging into the very mixed bag of drinking establishments which constitute the nation’s pub stock today.

The couple must have spent countless hours carrying out their meticulous research to unearth many of the facts, stories and anecdotes which make 20th Century Pub such an interesting and informative read. As someone who thought I knew a lot about pubs, the duo’s book provided a real eye-opener, sometimes on a long vanished, lost world – even though we are talking about relatively recent events.

My only criticism is the paucity of illustrations as, whilst I accept this is a serious work, I am a great believer in a picture telling a thousand words. Given that the authors are looking back over the course of the entire 20th Century, I wouldn’t expect the guide to be crammed full of colour photo’s, but the b&w ones which are included, are printed on standard book paper, rather than the more normal coated gloss substrate. Consequently they do not look their best, and many have rather washed-out appearance.

It is the content though, which lies at  the heart of the book, and as I said earlier, this really stands out. I’m certain that he coupe have unearthed much information which has lain uncovered for half century or more. 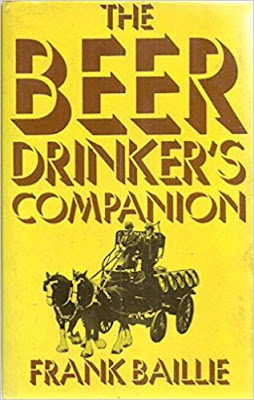 Finally, I couldn’t help but notice that the cover of 20th Century Pub bears more than a passing resemblance to a book published 44 years previously. Whether this was intentional, along the lines of imitation being the finest form of flattery, or just pure coincidence, but the bold 3D shadow effect, upper-case typeface, used on the front cover is identical to that of Frank Baillie’s classic, “Beer Drinker’s Companion” which appeared in print back in 1973.

Frank’s book was a similar ground-breaking publication, so in my obtuse way of thinking, I couldn’t help wondering whether this similarity was intentional or not. Whatever the case though, I thoroughly recommend you getting hold of a copy of Jessica and Ray’s labour of love, especially if, like me, you care and enjoy reading about one of England’s greatest contributions to the world.

Disclaimer: Whilst I am not averse to accepting the occasional freebie, I paid in full for all the books reviewed here. My copy of 20th Century Pub was signed by the authors, after I responded to an offer on the couple's website, and yes Ray and Jessica, we must definitely “Share a pint, sometime!”

As I mentioned last week, 20th Century Pub is a great read, of interest well beyond the beer world. Stick it on the school curriculum and let youngsters learn about social change in the last century, not ancient monarchy.

We could do with some decent guides to German pubs, beyond the European Beer Guide on the internet. The 2006 Good Beer Guide to Germany had some useful city section, but was largely a rather dull listing of beers by thousands of breweries. That said, there's some good stuff on the Web from people like yourself, Nate (boozebeatsbites) and no doubt Ron.

B&B have stated that the resemblance between the covers of "20th Century Pub" and "The Beer Drinker's Companion" is deliberate.

Martin, there is definitely a requirement for schools to teach meaningful history, which pupils can relate to, rather than all the ancient kings and queens stuff. Youngsters can follow on with that later, if they desire.

Talking of ancient times, when I was studying history for “O” level, we had two different curriculums to choose from: political history or socio-economic history. I chose the former and, whilst not regretting it, would have liked to have learned about the latter as well.

Thank-you for clarifying my suspicions about the cover of 20th Century Pub, Mudge. I thought the similarities were too great for it to have been pure coincidence, but it would still be interesting to know the reasons for the couple's choice.

Paul -- thanks for the positive review, much appreciated.

There's no particular mystery to the cover design. We wanted a retro feel and sent a load of images to the designer, including the cover of Frank Bailie's book as it's a favourite of ours. The designer latched on to it and we agreed it would be fun to make our book a bit of a tribute.

Glad you liked the review Ray, and thanks for enlightening me about the cover. It does give a nice retro feel to the book, but it is also a pleasing, and quite simplistic design in its own right.

Frank Baillie's book is definitely a classic. In a pre-internet world, The Beer Drinker's Companion was the first and only source of information about the country's brewers. Imagine the effect it had on a nineteen year old, who was just embarking on a lifetime's journey to explore the world of beer.

I still like to thumb through it occasionally, even though we have lost a substantial number of the breweries that it lists.