There’s more to come regarding Greene King, as we attempt to ascertain how a well respected regional brewery came to be regarded as a "bête noire" in the eyes of many beer drinkers. Before doing so it's worth remembering that over the course of the past forty years, that East Anglia-based Greene King, transformed themselves into Britain's largest, independently-owned brewer and pub company, so they were bound to pick up a few enemies along the way. 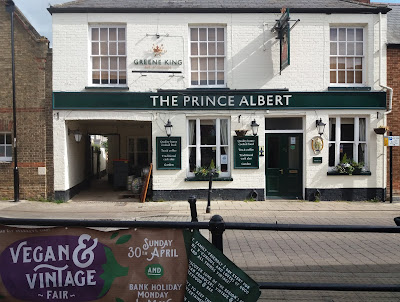 Things didn't start out too well between CAMRA and Greene King, as despite the company brewing some distinctive and well-regarded beers, they were very much the “villain of the piece” as far as the Campaign was concerned. Their policy of favouring “top-pressure” dispense in the majority of their tied pubs, was a definite no-no in the CAMRA’s eyes, as despite the beer being cask-conditioned, the use of extraneous carbon-dioxide to deliver it from cask to glass, led to the exclusion of many of their houses from CAMRA guides - both local an national.

This policy was slowly relaxed over the years, and relations between CAMRA and Greene King gradually improved, although it wasn’t too long before the Suffolk company again blotted its copy-book, this time in 1987, with the closure of the brewery of Rayment & Co Ltd. 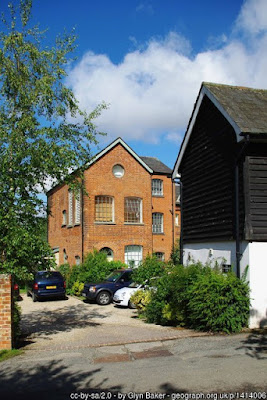 The latter were a small brewery based in the small Hertfordshire village of Furneux Pelham. (See image opposite). Greene King had acquired the brewery in 1928, along with its estate of 35 public houses, but it continued to brew its distinctive “Pelham Ales” right up until closure.

There was no reason to close it, apart from a small, country brewery not fitting in with the image that Greene King saw for itself, of a modern go-ahead company. Ten years later, the group’s much larger subsidiary brewery, at Biggleswade in Bedfordshire, suffered the same fate.

I mentioned this closure in my first post about Greene King, and I again want to look at my own relationship with the Bury St Edmund’s based company, and note how it has changed over the years.
Fast forward from that article, to the mid 1980’s when I was living in Tonbridge with a new wife, and a new job. I’d become involved with the local CAMRA branch which, in those days, only covered Tonbridge and Tunbridge Wells. Things were ticking along on pretty much an even keel, when the news broke that Greene King had bought a number of pubs in Kent and Surrey from Allied Breweries. 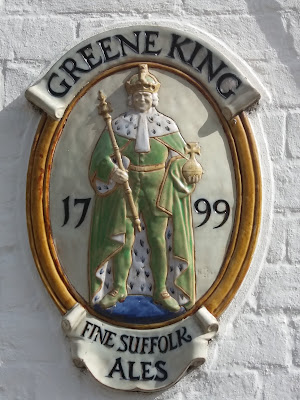 Not long after, the company opened a depot on the outskirts of Tunbridge Wells,  to supply their new acquisitions. As secretary of the local CAMRA branch, I received an invite to the official opening, rubbing shoulders with the mayor and other local dignitaries.

Following the opening of the depot, GK beers started appearing in free trade outlets as well, and were generally welcomed. I certainly had no problems with their beer, and even enjoyed a trip around the Greene King brewery in Bury St Edmunds. The visit was organised by the landlord of “Uncle Tom’s Cabin,” -  the Tonbridge pub I used to drink at. The daft name came about as a result of a previous landlord being called "Tom," but after his successor started stocking Greene King beers, the opportunity to visit the brewery came about.

I’m not sure why things began to sour between GK and CAMRA, but I suspect it might have been because of the buying spree the former embarked on during the late 1990’s – early 2000’s. During this period Greene King acquired Hardy & Hansons, Belhaven, Ridleys and Morlands. The takeover of the latter brewery brought Ruddles beers into the fold, because Morlands had acquired the Rutland-based company a few years previously. 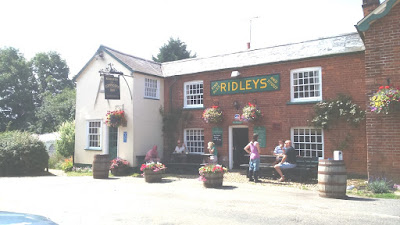 Of the breweries listed above, Belhaven is now the only  still brewing. As well as brewing distinctive and much-loved local beers, these breweries were places full of character and steeped history. During the 1990’s, I had the pleasure of visiting Ridleys, Morlands and Ruddles, never imagining they would end up being bought, and closed down by Greene King.

This spate of acquisitions and closures, led to the firm being nick-named “Greedy King,” but now it is the king that has fallen. However, unlike Asahi who purchased Fullers, earlier in the year,  CK Asset Holdings are an investment company, not a brewer. They will undoubtedly seek to recoup some of cash they have paid for Greene King, and the  concern is, they will start selling off pubs; especially some of the smaller and more traditional ones.

We are unlikely to see the fallout from this deal for a while, as I think I’m right in saying it has still to be approved by Greene King shareholders. But with the pound at an historic low, thanks to you know what, we almost certainly haven’t seen the last of foreign investors snapping up British companies, at bargain basement prices.
Posted by Paul Bailey at 10:27

I'm not particularly fond of Greene King's beers, and find that Abbott is probably the best of a middle of the road bunch. I'm not being dismissive: many people don't want to experiment, preferring to finding a beer that suits them and sticking to it.

Greene King has been disliked by CAMRA for much the same reasons that Whitbread was: taking over and closing breweries, transferring the production of the beers to another site and making no real effort to match the taste of the originals. The only resemblance Old Speckled Hen now has to the original is the name.

It will be interesting to see what now happens to the beers and the pubs, but I doubt the outcome will be anything we'd welcome.

Nev, you are correct about Greene King’s track record of takeovers and closures, and their failure to even attempt to taste the substitute products with the originals. In many ways it would have been best if the beers had been allowed to die with their respective breweries.

I’m sure that even today, there are drinkers who believe that Ruddles and Morlands are still independent breweries, rather than just a couple of GK brands. There are probably others who don’t care, but that’s their look out and they should remember that ignorance isn’t necessarily bliss.

What happens next is anyone’s guess, but as we both have said, it is unlikely to be of benefit to pub-goers and consumers.

I too am no fan of the company or their beers, far to uninteresting and middle of the road for me, but many people are happy drinking their beer and the pubs are their locals so for many pub goers worrying times are ahead. From my point of view what ever happens to Greene King, I don't expect their beer to improve.

My name is Darci Lyne. This is a very happy day of my life thanks to the help that Dr. .nosakhare has given me to help me recover my ex-husband with his spell of love and magic. I was married for 6 years and it was so terrible because my husband was really cheating and looking for a divorce, but when I came across Dr..nosakhare email on the internet about how he has helped so many people get their ex back and help fix the relationship and make people happy in their relationship. I explained my situation and then I sought his help, but to my greatest surprise, he told me that he would help me with my case and that I am now celebrating because my husband has totally changed for the better. He always wants to be by my side and can not do anything without my present. I am really enjoying my marriage, what a great celebration. I will continue to testify on the Internet because Dr..nosakhare is a true spell caster. NEED HELP? CONTACT
-Email- blackmagicsolutions95@gmail.com
you can also add him on Whats-app: +2349083639501
He is the only answer to your problem and makes you feel happy in your relationship. And it is also perfect in your relationship.
you want your ex back?
want a love spell for a new lover?
Childless problem solution?
Financial problem solution?
Weak Erection & Quick Ejaculation?
solution to sickness and diseases of the body
All type of problem solution by astrology?
Divorce problem solution?