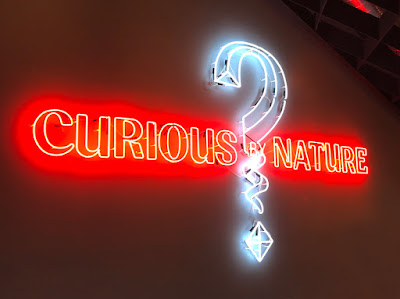 I’m not sure how many beer drinkers will have come across Curious Brew on their travels, but I first became aware of the company, and its “curiously-branded” products after spotting some of their bottles on sale at Waitrose.

I’m not certain as to when this discovery took place, but a search back through my blog archives, unearthed this post from February 2016, which covered the story about Curious Brew’s ambitious plans to construct a “state of the art” brewing facility in Ashford, Kent. 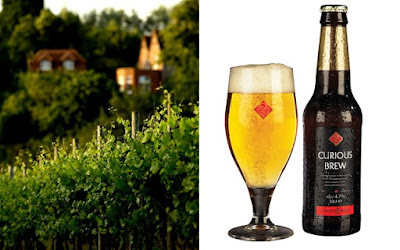 Their parent company, Chapel Down Winery, who are based in nearby Tenterden, had launched a crowd-funding campaign to finance the project, and at the time of my article the campaign was nearing completion, with a figure approaching £1.5 million reached.

I must admit I rather lost touch with the story, although I did keep it in the back of my mind largely for sentimental reasons. I spent my formative years living just outside Ashford. I grew up and went to school in the town, and I also began my drinking “career” there, if that’s the right word!

I also witnessed some of the appalling decisions taken by the then newly constituted Ashford Borough Council (ABC), which saw the town become slave to the motor car, following the construction of a ring road – which turned into more of a race track.

Worse was to follow, with an equally disastrous and insensitive redevelopment scheme which tore the heart out of the town in exchange for a garish new shopping centre, and a concrete monstrosity of an office block built as the head quarters for an Anglo-South African mining corporation, called Charter Consolidated.


Many of Ashford’s finest hostelries fell victim to ABC’s avaricious schemes, and much loved pubs, such as the Duke of Marlborough, the Somerset Arms, the Coach & Horses and the Lord Roberts were erased from the face of the earth. 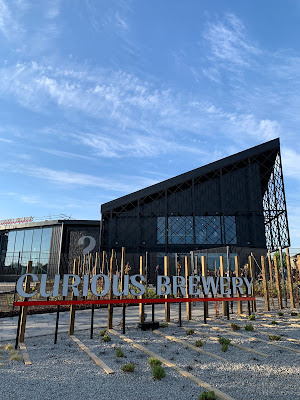 The loss of the latter was especially tragic, as not only was it a popular watering hole for my friends and I, it was also one of my favourite pubs in the town. It still rankles today that the Lord Roberts was demolished purely to make way for a service road for the aforementioned Charter Consolidated building.


I overcame my disappointment with the town of my youth, by moving away from the place, only returning for visits to the family home but, as I alluded to earlier, I remained curious as to what Curious Brew’s plans were for Ashford.

All has now been revealed, with the opening of the “state of the art” Curious Brewery; a multi-million pound facility set right in the heart of Ashford, directly opposite the town’s  international railway station. 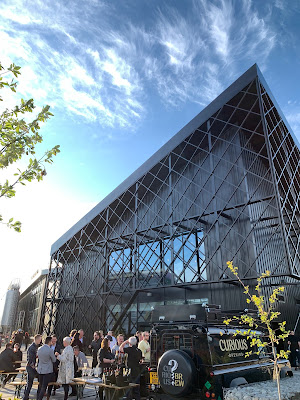 The building is set in a 1.6 acre site and houses a 50HL 5-vessel brew-house, complete with 19 fermentation tanks, giving a total capacity of 2,900hl. For those who like statistics, the new brewery can hold almost 500,000 pints of beer at any one time.

The new brewery will transform Curious Brew’s production,  enabling the company to more than quadruple its current total brewing volumes, producing approximately 80khl of beer, or more than 4.5m pints, per year. Despite these impressive production figures, the new plant is incredibly versatile, as it allows the brewing of smaller batch sizes, to ensure  improved freshness and quality. It will even enable the launch of an exclusive small batch series.

Now all these facts and figures have been taken from the company’s press release, and having read and digested at least some of these statistics, it would be nice to visit the brewery and see the place at first hand. 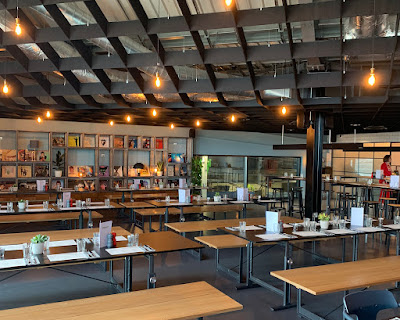 Well Curious Brew not only have an onsite bar and restaurant, which is open daily from 12 noon until 11pm, but also offer pre-booked tours. For further details click here on their website, where you will also discover more about the company’s  range of beers and ciders.

As an exiled Ashfordian, I am excited that after years of botched planning schemes, something good has come to my former hometown. I shall certainly be booking a place on one of the tours in the not too distant future, but in the meantime enjoy looking at the photo’s of the new brewery, which have come courtesy of “Well Hello Communications”, the PR people who are promoting Curious Brew’s prestigious new development.

I've only seen Curious in bottles in supermarkets, never on the bar. I wasn't even curious.

I do recall seeing Curious in a small number of pubs Martin, although I'd be stumped if asked to name them.

I'm pretty certain I've come across it on draught, in one or two pubs as well, but I don't want to name them in case I am wrong .