Disappointment on the Beer Front 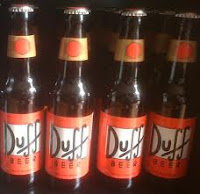 It was very disappointing on the beer front the other night; doubly so after the excellent choice of top quality beers we had enjoyed a couple of days previously.  I had turned up to the third meeting of the organising committee of the Spa Valley Railway Beer Festival, held at the normally reliable Royal Oak in Tunbridge Wells, looking forward to something pale, hoppy and refreshing. Instead I was confronted by three brown beers - Harvey’s Best, Mighty Oak – English Oak and Tonbridge Copper Knob; all perfectly good beers in their own right, but not what I was looking for at the time.

One could argue that drinkers are spoilt for choice these days, and in certain pubs we are. However, many pubs continue to offer just one or two “safe” options – (Harvey’s Best, London Pride or Greene King IPA in this area), but at least with those type of pub one knows there what will be on offer. When one is relying on a pub which is normally renowned for sourcing something out of the ordinary, then it comes as something of a disappointment when it doesn't come up with the goods.

It wasn’t just the Royal Oak that failed to deliver last Tuesday. When the meeting had finished, a couple of us called in at the Bedford on our way back to the station. There were around eight beers on sale, but again despite lots of apparent choice, I didn’t really see anything that grabbed my attention. In the end I opted for Clarence & Fredericks Best Bitter, which was a very disappointing pint to finish on, reminding me of a pint of home brew, back in the bad old days. My friend fared rather better with the same brewery’s mild.

So what of the beers back at the Royal Oak? Tonbridge Copper Knob is a fairly dry, fruity 3.8% beer, copper in colour, as its name suggests. English Oak, on the other hand, was a full 1.0% higher in strength, and was fruity in character with caramel malt being the main characteristic.

OK, perhaps we shouldn’t have expected too much on a quiet Tuesday evening and I’m being more than a little churlish here, but with the preponderance of pale golden ales available these days, it was odd to find nothing apart from malt-driven brown ales.
Posted by Paul Bailey at 22:47

I'm not entirely sure what it being a quiet Tuesday evening has to do with it. It takes no more trouble or cost to have an interesting beer on as it does a boring standard one.

The last time the Royal Oak had a mini beer fest, I called in to find it completely devoid of punters. Speaking to landlady she said all the regulars had buggered off elsewhere in search of Harveys Best!
Their loss I suppose.
Matt

Your Royal Oak experience Matt, unfortunately says a lot about local drinkers. Play it safe at all costs, don't stray out of the "comfort zone" and, heaven forbid, don't try anything unfamiliar!

...and today The Royal Oak posted on Twitter "ATTENTION ALL, WE NEED YOUR SUPPORT! WE ARE IN DANGER OF BEING BOUGHT BY DEVELOPERS!PLEASE HELP US!"

I saw the news about the Royal Oak on Facebook this afternoon, Matt. This story has nothing to do with "a few stubborn old gits supping Harveys Best", but yet again is an example of the greed of a cash-strapped pub company trying to make a quick buck by selling off the freehold of the pub.

The Roayl Oak is a auccessful and thriving community pub that is an important asset to the local area. Yvonne has worked extremely hard over the years to build up the business and deserves far better treatment than this.

A property developer is after the pub and wants vacant possession in order to knock the place down and build flats on the site. Yvonne could be left homeless and all her hard work over the years will have been for nothing. This is the unacceptable face of the pub industry today!

This is also true. Hope they can pull through.
On the brightside TW is getting a 'Fine Beer Cafe' later on this year.