A Welcome Return to English Ale 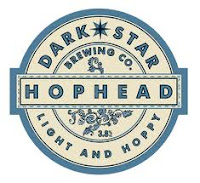 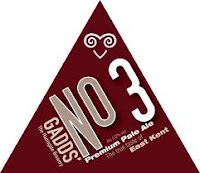 Last night I had my first proper session on English ale since my return from Japan, just over a week ago. This followed a layoff of several days whilst I allowed my body to adjust itself back to a new time zone, and to catch up on some much needed sleep. True, I did enjoy a very welcome pint of Hog’s Back Hop Garden Gold on Saturday, plus a bottle of Goose Island India Pale Ale the following day, but up until then I’d been quite abstemious.

Last night I attended a meeting of the sub-committee formed by West Kent CAMRA, to organise the beer festival we’ll be holding later in the year (October), in conjunction with local preserved railway, Spa Valley. The festival will be our third collaboration with the Heritage Railway, and promises to be the biggest and best yet. One of the main attractions of the event is that it allows drinkers to travel up and down the line between Tunbridge Wells West and Eridge where, not only can they enjoy a drink or two on the train, but they can also find a selection of different ales awaiting them at each of the three stations.

The largest selection will be at Spa Valley’s Headquarters, the engine shed at Tunbridge Wells West, but this year we hope to have an enhanced selection at both Eridge (the other end of the line, where there are connections to mainline services to London), and the intermediate halt of Groombridge (once an important junction on the rail network in this border area of Kent and Sussex).  As well as the beer selection, there are a whole range of logistical and associated issues to sort out, but with Spa Valley’s General Manager in attendance we made good progress last night, and now have plenty to build on.

So what about the English Ale I referred to earlier? Well the meeting took place in the Good Beer Guide listed Royal Oak, in Tunbridge Wells, and on the bar alongside Best Bitter and Knots of May Mild from Harvey’s were Dark Star Hophead and Gadd’s No. 3 from Ramsgate Brewery. Leaving the Harvey’s to one side, I started on the Hophead and then graduated on to the No. 3 when the former ran out.

Both beers were pale in colour and well-hopped. The Hophead had the edge with regard to hoppiness, but the No. 3 weighed in a lot stronger at 5.0% which probably accounts for the fuzzy head I had this morning, (either that or having lost my tolerance for beer, following my six day layoff). Both though, provided a welcome return to the delights of English Ale.

As an aside, Ramsgate assign numbers to several of their regular brews, but strangely enough the stronger the beer the lower the number. Thus we have Gadd’s No 7 at 3.8% and No.3 at 5.0%. In between is No. 5 at 4.4%. The idea behind this apparently is that one could drink seven pints of No. 7, but only 3 of No. 3 without falling over, or otherwise feeling the after effects. I don’t know how true this is, but it makes a good story, and is a good advertisement for some fine beers which we don’t often see in this neck of the woods.
Posted by Paul Bailey at 22:23

Good news about the Spa Fest. Prob the only time in living memory, I couldn't complain about the condition of the beers being served ;)Would be nice to see a larger selection outside the safe 4.0% zone this time though and also do away with the baffling (to me)token system!
Matt

The beers were in good condition Matt, because I had a hand in the cellarmanship side of things! I will take note of your comment about the beer selection, but the token system. I'm afraid, is out of my hands.

West and Eridge where, not only can they enjoy a drink or two on the train, but bingo online they can also find a selection of different ales awaiting them at each of the three stations.